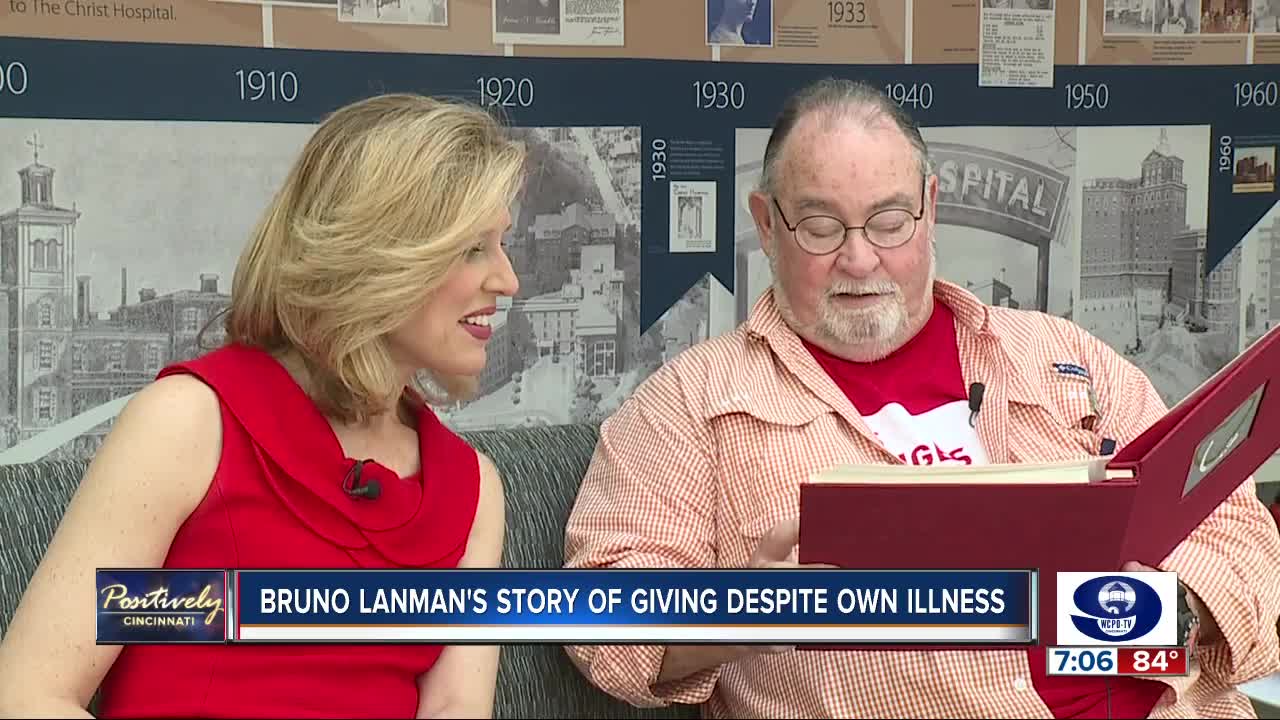 Bruno Lanman came out on the other side of heart failure smiling. He's become a shoulder for other transplant patients to learn on in their toughest moments.

NEWPORT, Ky. — Former Navy sailor and Newport Aquarium diver Bruno Lanman almost had to give up the water for good when he was diagnosed with heart failure. Diving was just too hard on his body, his doctors told him.

It’s true that heart attacks are a particular concern for divers. If a diver with an existing condition goes into cardiac arrest underwater, potentially overwhelmed by the intensity of the exercise, their odds of survival are low. Lanman knew that.

Still, “it was hard to hear after so many years in the water, diving,” he said.

While he waited for a heart transplant, he clung to a smiling Buddha statue gifted to him by a friend and received an implanted pump called a left ventricular assist device — an LVAD — at Christ Hospital. The Buddha helped him keep his spirits up. The LVAD helped his weak heart pump blood.

And something amazing happened, Lanman said.

“It was a birthday,” he said. “A rebirth. Miraculous.”

Although it wasn’t as effective as a transplant, the LVAD was good enough to let him do things he hadn’t in years, such as horseback riding. When he did receive a transplant and began diving again, he felt so indebted to the LVAD and to Christ Hospital that he appointed himself sherpa to other patients grappling with the same thing.

He gives each patient he mentors a smiling Buddha of their own. He also counsels them through the process of receiving and living with an LVAD.

“Dear Bruno,” one patient later wrote to him in a letter. “Mere words cannot express what your visits have meant to me.”

Lanman teared up reading it to reporters.

His new mission earned him Christ Hospital’s Mentor of the Year award for 2019. He said his experience with heart disease taught him a lesson he tries to pass on to his mentees.

“Instead of what I can’t do, I always tried to look at what I could do,” he said.

The personal mantra that gets him through it all isn’t original, he added. It’s a quote from “The Shawshank Redemption.” But it’s well-suited to his journey.

“Get busy living or get busy dying.”