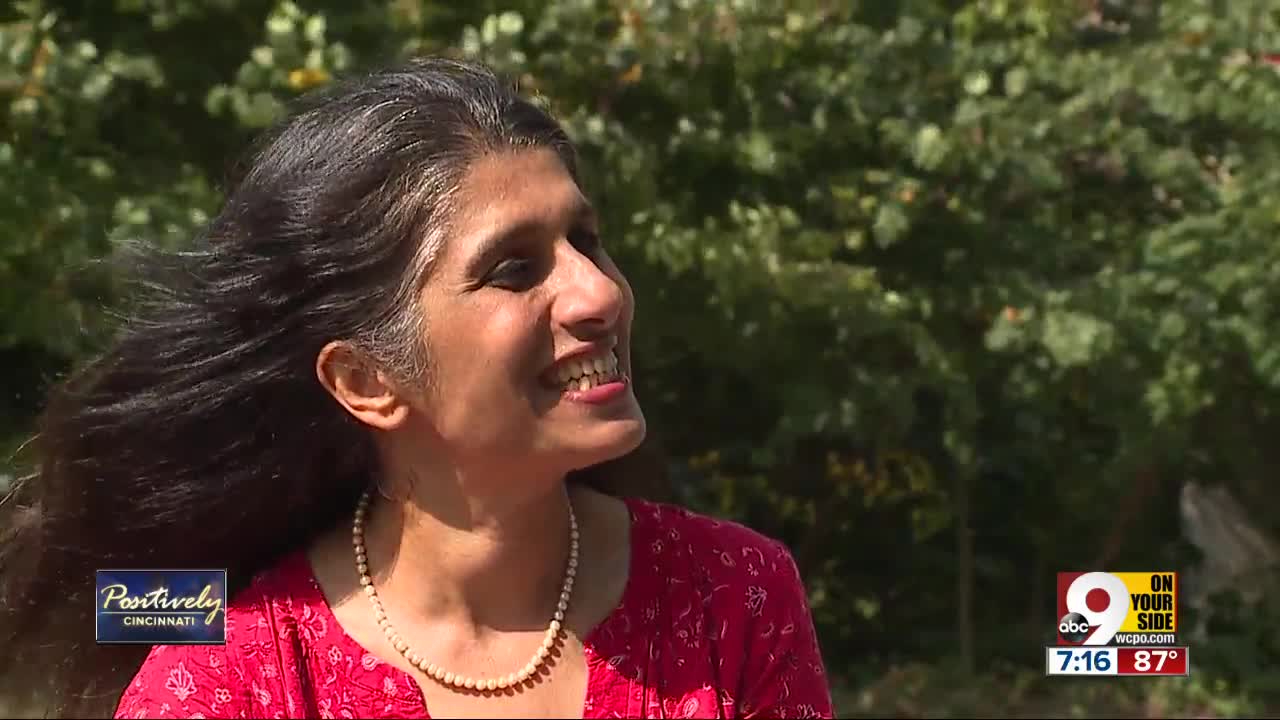 “I still remember the night I had my first round of chemo,” Katsuri said, “I was so exhausted and on my couch. But I thought I was like Lazarus just risen from the dead when I was able to walk to Burnet Woods.”

Have you ever wondered how you might respond to the words: “You have cancer?"

Have you ever wondered how a diagnosis might change your life?

I don’t have to wonder because, like so many other people, I’ve lived it.

In September 2015, I was waiting for results from a needle biopsy. My mammogram showed some suspicious spots that doctors needed to test — and while they did, I called the office several times a day in search of news.

A nurse finally told me, “You have a bump in the road, and we’re going to help you get over it.”

I wanted more than a euphemism. “So you’re telling me I have breast cancer.”

Now, thankfully, it’s all old news. Preventative testing caught the cancer at its earliest stage. My course of action was a mastectomy, reconstruction, and daily anti-cancer medication after.

But at the time, I was terrified.

It’s why the night before my surgery I had a “Kick Cancer’s Butt” party with all my closest friends. They brought laughter and food, and kept my mind off my fear — right up until hours before my surgical and hospital stint.

I’m telling you my story because it fits with this week’s Positively Cincinnati.

I profiled a woman named Rama Kasturi. She had a mastectomy, chemotherapy and radiation after a breast cancer diagnosis in 2007. Her surgical oncologist at the University of Cincinnati Cancer Institute, Dr. Elizabeth Shaughnessy, said Kasturi’s case was especially tough. Kasturi had to find something powerful to motivate herself through it.

“The treatment plan kept shifting because we kept finding more disease,” Shaughnessy said. “Rama reached out to what gives her joy, and one of the things she loves most is walking through Burnet Woods with her dogs.”

That love really came into play at pivotal moments.

“I still remember the night I had my first round of chemo,” Kasturi said, “I was so exhausted and on my couch. But I thought I was like Lazarus just risen from the dead when I was able to walk to Burnet Woods.”

Walking at the Cincinnati Park with her dogs was something Kasturi had done for years, but it took on new meaning during her cancer treatment. For her, each 45-minute walk was like a daily dose of medicine.

Paying attention to nature’s beauty and how the same scene changed from season to season helped Rama focus on something other than her worries — something beautiful.

So beautiful, in fact, that she started taking pictures. Eventually she transformed her struggle with cancer into a book of photos she took while she was in the fight of her life.

“Nature renews herself. Nature is a prime example of how, despite death and destruction, there’s still renewal and rebirth…Thanks to my doctors, my drug regimen, and thanks to Burnet Woods, I am here to enjoy season after season after season,” she said.

“It was nature that helped her heal,” Dr. Shaughnessy added.

Kasturi's advice to anyone dealing with a diagnosis, especially during Breast Cancer Awareness Month: Take a walk in the woods.

You can get a hard copy of Kasturi's book chronicling her journey of healing and renewal by contacting fourseasonsinburnetwoods@gmail.com.