Does this Kim Kardashian robbery costume cross the line? 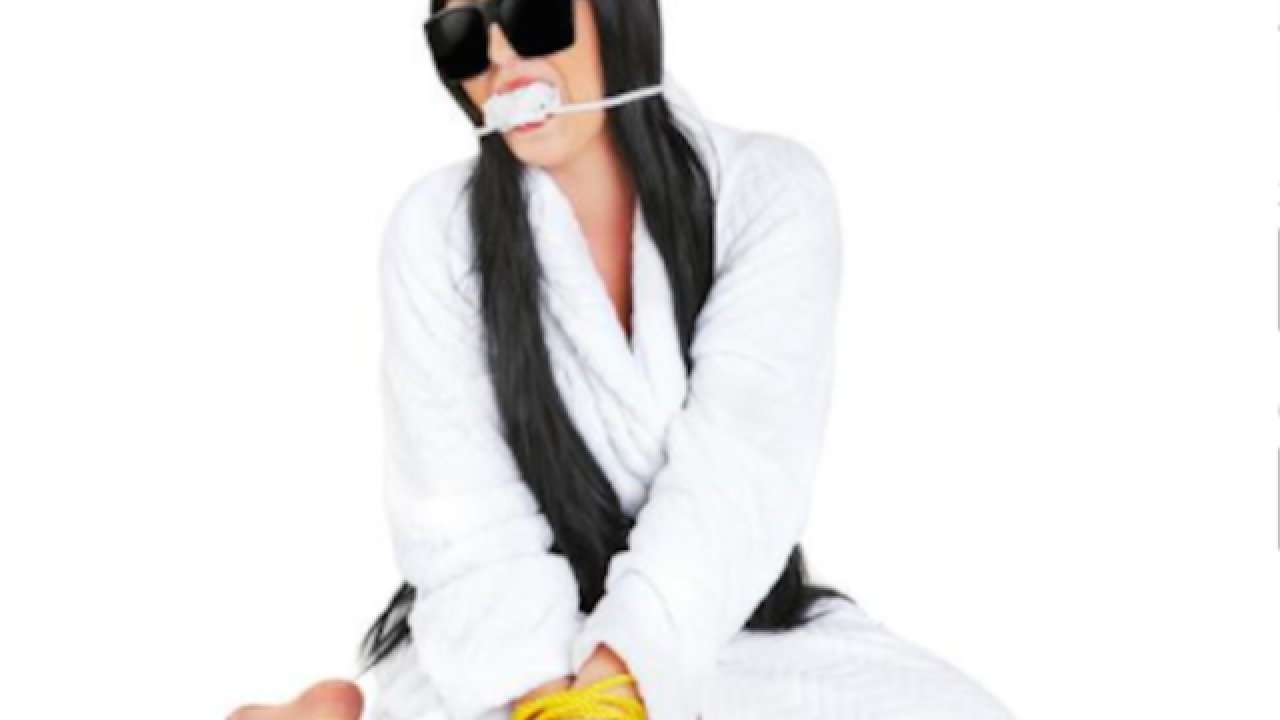 <p>A California costume company is selling a controversial costume that alludes to reality star Kim Kardashian being bound, gagged and robbed at gunpoint.</p>

Just weeks after reality star Kim Kardashian was robbed of millions of dollars worth of jewelry in a Paris hotel, a California-based company is facing criticism for selling a costume that appears to reference the crime.

The costume, called Parisian Heist Robbery Victim Costume Kit, is being sold at Halloween site Costumeish, It includes a “white short sexy robe,” a black wig, sunglasses, a fake gag rope. The description of the costume describes the character as “America's goddess of all things glamorous,” and “the Queen of Social Media.”

“She has devoted her life to promoting American decadence, youth, and hedonism but all that flashy living caught up with her one night in Paris when armed men bound her, stole her jewelry and her peace of mind,” the costume description reads.

The costume even includes a fake $4 million ring — referencing Kardashian’s $4 million engagement ring that was stolen in the robbery.

The costume has garnered divisive reviews on the company’s website, with 23 pages worth of mostly one- and five-star reviews.

“You should be ashamed of yourselves. No matter how she chooses to live her life, she is still a person,” said  What if someone made a costume based off of the worst moment in your life?”

“Kim is a human being. She is a person. No one deserves what happened to her. The fact that this is a costume is the most disgusting thing I have ever seen. I am praying for this world,” read another one-star review.

One five-star review read: “It's just a costume, it's not like if wearing it will affect you or others around you.... at the end of the day nobody really cares and it's so creative!”

“I’m sad that people are offended by it, but it is Halloween: It’s one day out of the year,” Costumeish Vice President Johnathon Weeks told BuzzFeed. “Halloween should be a light-hearted, spirited party and people should be able to laugh at it and think it’s funny.”