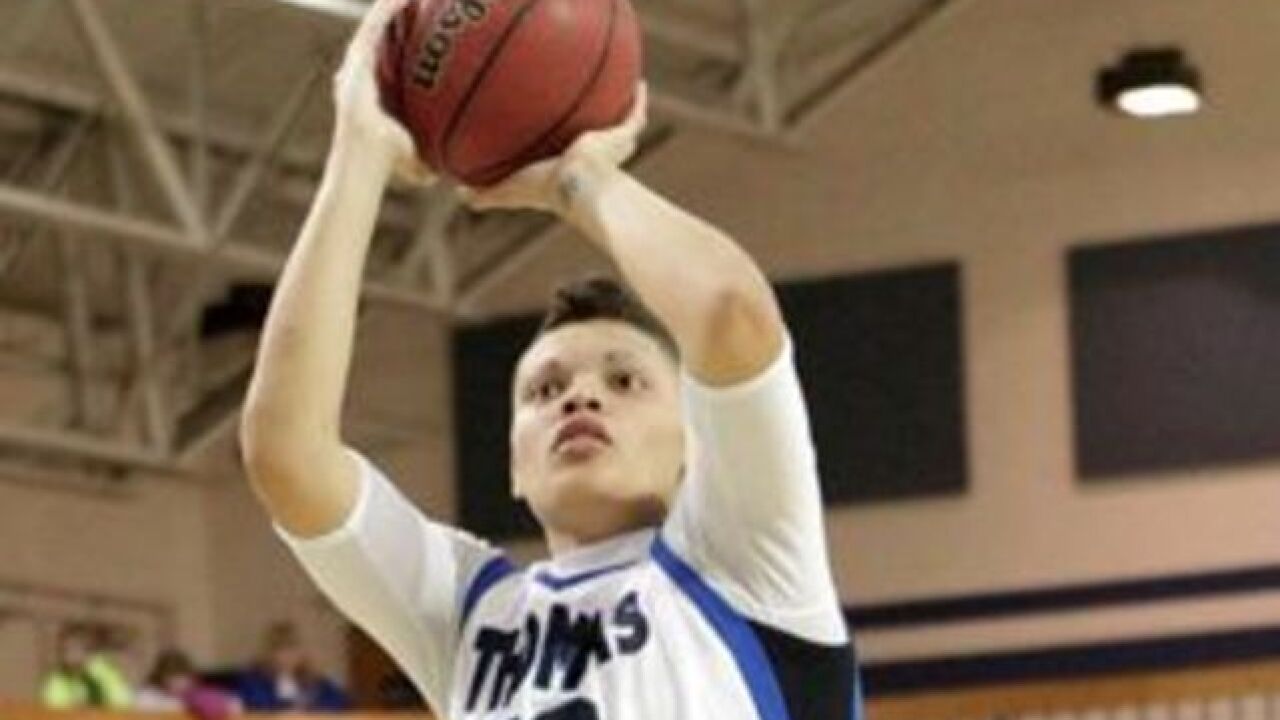 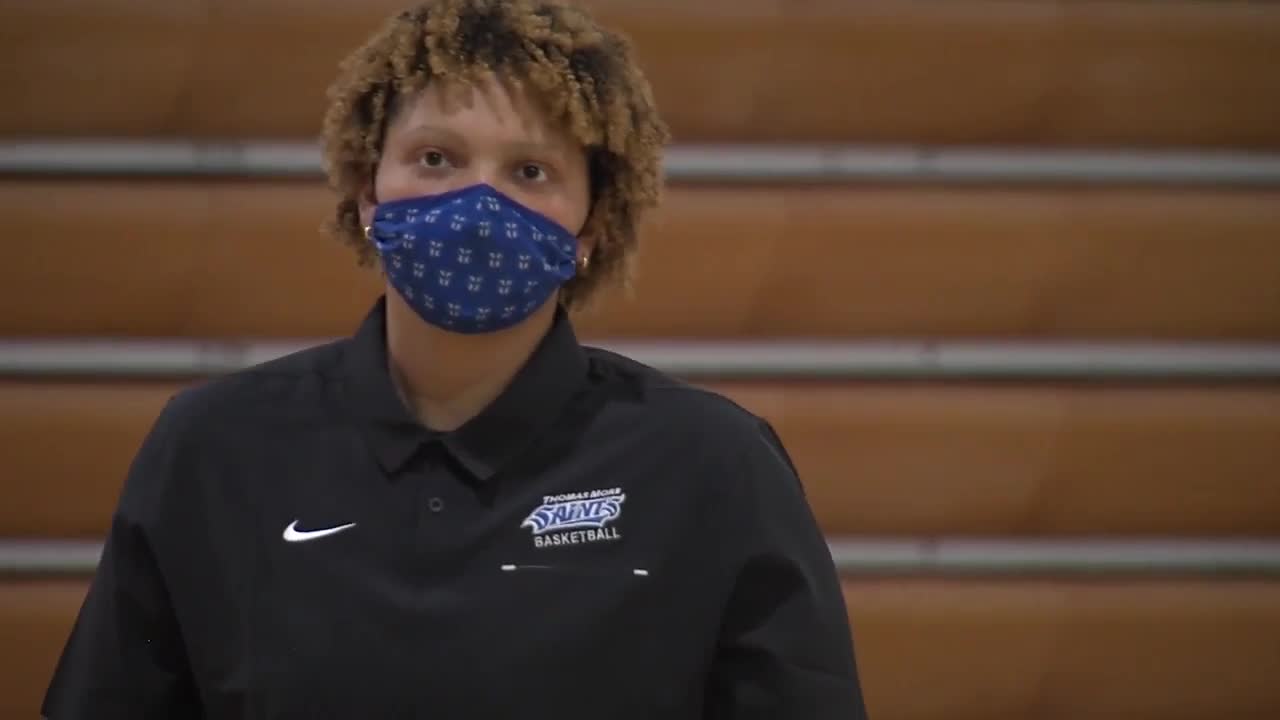 CRESTVIEW HILLS, Ky. — Sydney Moss did it all while playing basketball at Thomas More.

Name it and she won it with the Saints. National title? She’s got two of them. National player of the year? That, too. Her #40 jersey hangs in the school's Hall of Fame.

She may have done it all as a player, but now she believes she can offer even more as an assistant coach.

“I was kind-of waiting for that phone call (from coach Jeff Hans),” Moss said during a pre-season workout at the Connor Convocation Center. “We kept in contact ever since I graduated and he said if I ever have a position open, you’ll be the first person I call.”

“It was an easy phone call to coach Moss now,” Hans said. “It worked out. Happy she's here. I know she's happy to be back at Thomas More.”

After four years away from Crestview Hills, Moss is still recognized for the legend she became with the Saints.

“I was at Panera Bread up the street, had my mask and hoodie on and some guy came up to me and said ‘Welcome back,’” Moss said. “It’s great to be welcomed back with open arms."

She says she always felt like "Coach Moss" -- it's just official now.

“I, like, whenever I played, I felt like I was a coach on the floor,” she said. “I still tell some of my players they can call me ‘Syd’ if they want to just because some of them know me, so it takes a little bit of them getting used to calling me 'Coach.'"

This isn't her first coaching job. She had two high school coaching stops plus two collegiate assistant positions. She took the lessons learned under Hans to each stop.

The dynamic between Hans and Moss is much the same as it was when he was the coach and she was the player. Some aspects will change and grow.

“She knows what I was yelling about now,” Hans said.

Even Moss, a player who did it all, had doubts while on the court.

“Whenever I played, I was very, not negative toward others, but negative in my head," she said. "As a coach I have to verbally communicate, hey, you've got the next shot. Be very positive with them.”

Now, she's ready to share all she's learned with the next generation of Saints. She still has more to give.