Why fly the Pig? 'My motivation is Lisa' 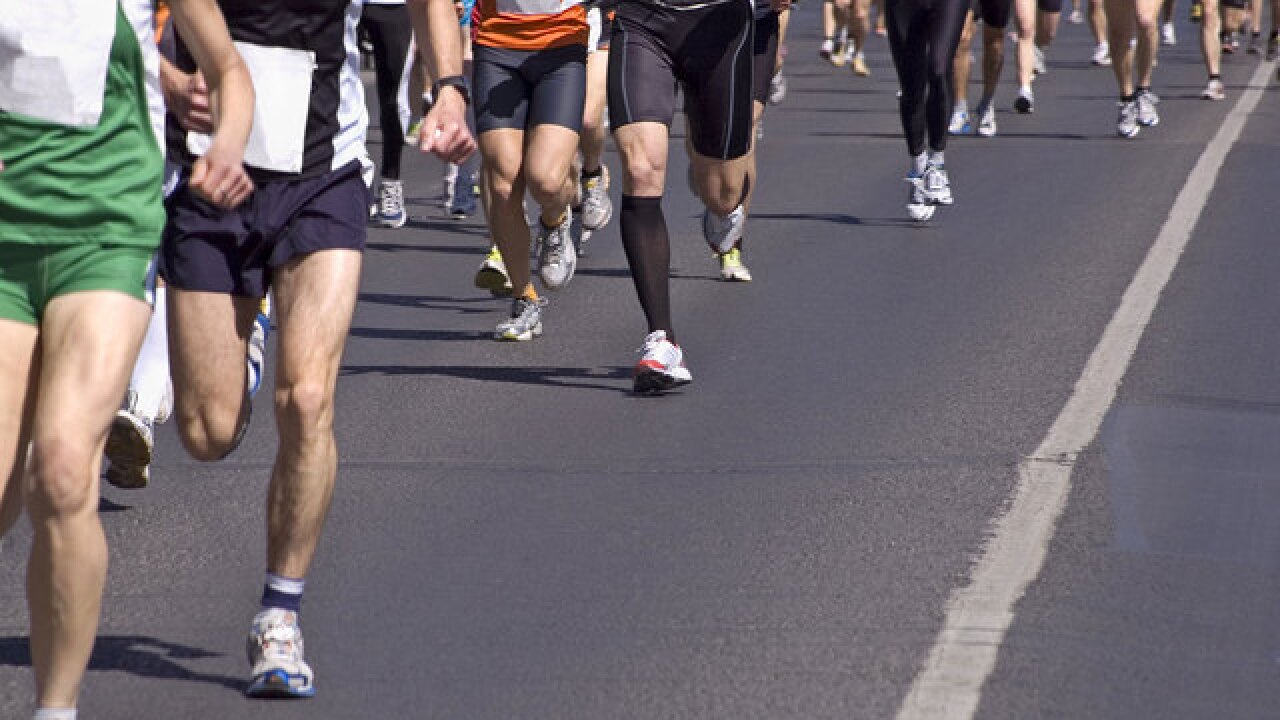 CINCINNATI — An estimated 20,000 people will participate in either the Flying Pig half or full marathon Sunday.

The day is the culmination of months of training for many runners and walkers. Each participant will cross the starting line with their own reason for why they decided to challenge their minds and bodies.

We asked people to tell us why they chose to “fly the Pig,” and we received dozens of responses. Some are motivated by the loss of a loved one, others by a motivation to transform themselves and many more by a desire to show their pride in the Queen City.

Click the orange arrow to listen to "why they fly" -- in their own words.

Amy Smith: 'My motivation is Lisa'

Honestly, I haven't been training for this race very well. I had run the full [marathon] back in 2004. A year ago, I wasn't even running, but on Nov. 25 of last year, we lost my sister to a massive heart attack. It was unexpected and it's been, you know, a tragic event for my family and her friends, all of us.

Lisa was otherwise healthy, and she was actually an avid runner. She had run seven half marathons and had achieved her PR at the Queen City Bee. Lisa had registered for this year's half Pig. She had personalized her bib to say "Lisa." Lisa was an amazing person who loved big and laughed big. She had a huge smile and she'd do so much for all of us who knew her and even for people she didn't even know. She was just very caring, loving. And my motivation is Lisa.

Maria Piambo: 'Keeping a promise that I've made to my children'

What drives me to run the Pig is that having a goal is always important. It helps drive my motivation -- keeps me going. And the accomplishment of running in the Pig is also a wonderful feeling. In addition, keeping a promise that I've made to my children really drives my motivation. That's probably the biggest reason why I run the Pig.

Laura Wagner: 'He would give anything to run or walk again'

I continue to run just to stay in shape, and I really enjoyed the camaraderie and the friends I made in the training. And I just kept challenging myself to reach the next goal.

Then, in around 2012, my dad overcame a very serious illness that made him almost paralyzed. And he would give anything to run or walk again. And watching him attempt to run/walk just made me continue to, because after it -- I can, he can't, so that's why I did.

It was through that time that I met Brian Tinker, and he was running, too. He and I continue that same passion of using our bodies because others couldn't. We actually will be getting married this weekend, and our bib numbers will say "Just Married" on them.

And so that's why I continue to fly. I continue to train, I say fly, because of running. Just because my dad can't and to run for others who can't and just to keep challenging myself and to always keep the family record in the marathons.

Bob Platt: 'I want to meet the out-of-towners'

I participate in the Pig because of the way it brings the whole city together. Even more importantly is how the city is represented to the out-of-town runners who love the race. I want to meet as many of these out-of-towners as possible and make sure they are enjoying the city to its fullest.

Courtney Demsey: 'To raise money for my nephew'

I am running my second Flying Pig this year. I'm running the half. I ran my first in 2014 and I ran it to raise money for my nephew, Hayden Turk, who has been battling leukemia for the past 10 years. I raised $6,000. I created a team of people and we raised money for Hayden for some testing that he was going to need done.

It was a great experience. I loved everything about the Flying Pig. The city is amazing and the support that they put behind the race. I feel like the people that were on the team had the same wonderful experience and they continued to be involved in Flying Pig events after that. I will continue as long as I'm in Cincinnati to run the Flying Pig; I think it's a great race. I've run races in other cities and they just don't compare.

Tammy Hornbaker: 'I may not look like a runner, but a runner I am'

The Flying Pig has been on my living bucket list ever since I discovered I could actually run a half marathon when I turned 51. This will be my sixth half and I'm excited that my family and friends will see that I actually do run.

I have never been athletic and never thought I could run. But I started with the "Couch to 5K" program and found out that I love the distance running. I may not run fast, and I may not look like a runner, but a runner I am.

I am astounded at the many different types of runners there are and have made many friends along the way. They are my accountability partners. I look forward to getting up early on Saturdays to do long runs and feel that exhausted accomplishment. I am more excited about this half than any other I have run. This will be a lot of fun.

Jon Neuhart: 'Only if my kids ask me to run'

Through the Rotary Club of Cincinnati, I volunteered at the first Flying Pig Marathon in 1999. We assisted in providing directions to the wheelchair participants. At the end of my shift, I jogged to the finish line to watch the runners finish. The winner crossed the line and looked like he had another 20 miles left in him. A few more finishers crossed and then the seventh runner came across. No sooner had he crossed the finish line, a green Gatorade fountain spewed from his mouth.

It was at that moment that I made the determination that there are three types of marathon runners. First: Those who want to accomplish a true feat of physical endurance, which fewer than 1 percent of the population ever will. (I admire those people.) The second: Those who are supporting a cause and running to benefit others. (These people I admire even more.) Thirdly: The rest of the participants are just crazy. I decided that I did not fit into any of these groups and that I would never run a marathon. Now, so you don't get the wrong impression, I am not a couch potato. My sons and I have participated in Spartan races across the country. But since that time, I have found a fourth reason: I will run a marathon if one of my children runs and asks me to run one with them.

Two years ago, my son (who will be graduating from Morehead State University in May) told me that he was going to run the Flying Pig with some of his friends. He has always been an inspiration to me to stay physically fit, but he didn't even broach the topic of me running (probably because he knew about my feelings about marathons). His running group fell apart so he did not participate in the 2015 race. Then in July 2015, he again told me of his intention to run the Flying pig, this time in 2016. But this time it was followed by the fateful words: "Do you want to run it with me?"

"ARRGGGHHH" was the only thing that came out of my mouth. When he asked me to elaborate, I told him that part of my story that up until that time I had not shared with him, which was that I would ONLY run a marathon if one of my children ran and asked me to run with them. I could see his smile on his face as he thought: "Great! Looks like we are running it together."

I actually have a second person for whom I am running this race. It is my running buddy (and coach) who has participated in ultramarathons around the world. Just over a year ago, he was sick in the hospital and didn't know if he would make it. He got back into distance running to help me and has been an inspiration along the way. He participated in the last half marathon with me, and he is actually going to fly to Cincinnati and run the Flying Pig with us -- his first marathon distance race since coming out of the hospital.

I'm looking forward to completing the race with my son and my friend (both of whom have been inspirations to me), although I will probably announce my retirement from distance running shortly thereafter.