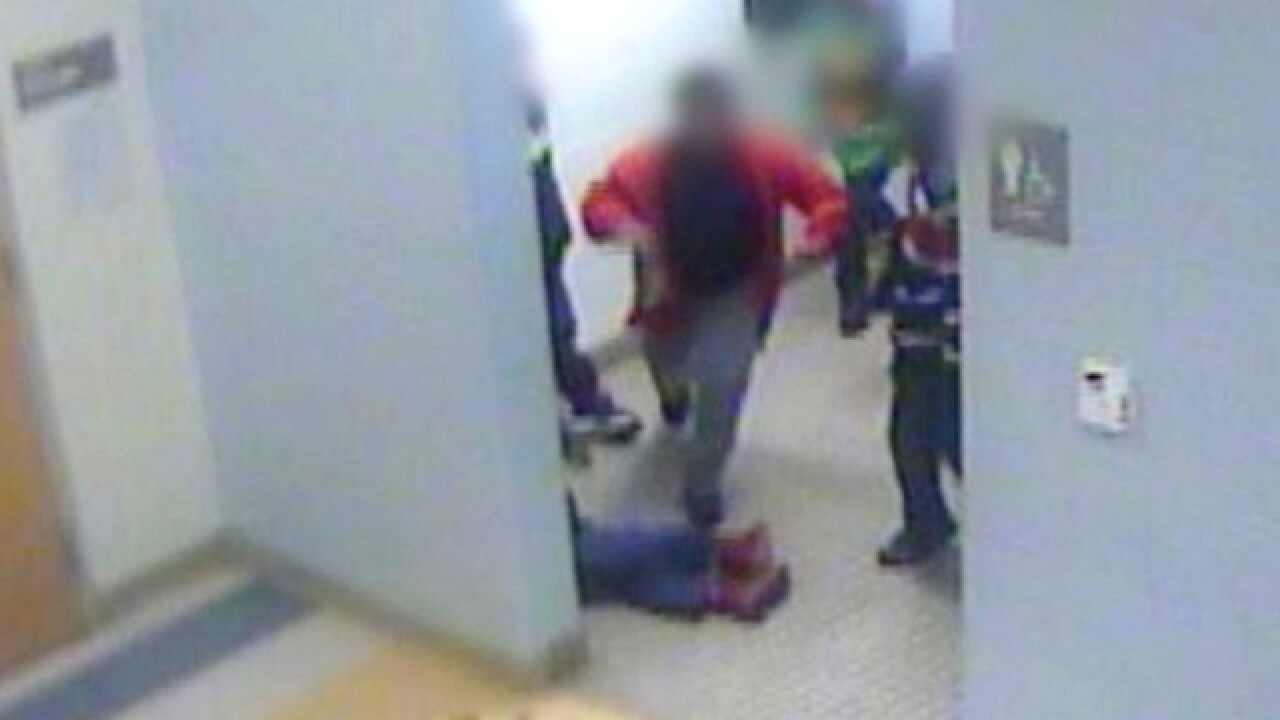 CINCINNATI -- Janie Adkins said she didn't learn that her 14-year-old grandson, Logan Davidson, had been bullied until after he took his own life.

And Adkins, who was Logan's guardian, said it was his friends -- not the administration at his school -- who told her he was bullied at school.

"(The school counselor) said, 'I haven't seen him. We have not had any problem with Logan,'" Adkins recalled.

Fairfield City School District spokeswoman Gina Gentry-Fletcher said the district is proactive in how it handles bullying and utilizes many strategies throughout the course of the year to "ensure a safe and secure environment."

It's hard to say if another school would have handled Logan's case differently, but it's possible. Punishments for bullying, how cases are reported and even how families are notified all vary from school district to school district across Ohio.

Now, multiple state lawmakers say they want to change all that.

The future of bullying laws

One of those lawmakers is Republican Rep. Dave Greenspan of Westlake, Ohio. Greenspan said he promised to make the state's bullying laws stronger when he first took office in January. He said members of his own family have been affected by bullying.

"It's something that's been in my family's history at least for the last six or seven years," he said.

Greenspan said he believes parts of Ohio's current bullying laws are too vague.

Public schools are required to publish bullying incidents twice per year online. However, a previous I-Team investigation found not all schools are equal when it comes to how they report.

For example, Mason Middle School reported 82 bullying incidents among its 1,799 students in the first half of last school year. Administrators verified 32 of them. But Lakota Local School District only reported three incidents among 20 schools and 15,898 students.

"Unfortunately, there are a lot of instances of bullying being ... under reported, and this is a major issue," Greenspan said.

The bill would standardize punishments for incidents of harassment, intimidation and bullying, including suspension lengths for first-time bullies, expulsions for second offenses and mandatory community service for expelled students.

The bill would also require schools to offer counseling to students on both sides of a bullying incident.

"What this bill does -- that we’re not aware of any other state doing this -- is we provide provisions for the victim of bullying," Greenspan said. "We want the same academic assistance and counseling requirements to the bully offered to the victim of bullying because we understand that there’s probably some healing that they’re going to need to go through emotionally."

Greenspan said he also wants to give bullying victims even more rights in a move modeled after Utah's bullying law. The bill would require the bullying victim's family be notified before the start of investigations.

Currently, it's up to school districts to set the rules for when they notify families about an incident. Most districts in Ohio wait until an investigation verifies it.

In the case of Gabriel Taye, a Cincinnati 8-year-old who took his own life earlier this year, court records show his family wasn't notified of any bullying issues at school prior to his suicide.

A lawsuit between Taye's family and the school district is currently playing out in U.S. district court.

The civil rights and wrongful death suit claims Taye's suicide resulted from a January attack in the boys' restroom that was caught by a school surveillance camera. Taye was unconscious for more than seven minutes while students taunted and kicked him, according to the suit.

Attorneys representing the Taye family have said the school district refuses to turn over any records that might show if the 8-year-old was bullied before he took his own life.

Cincinnati School District officials have denied allegations by Gabriel's family that he was bullied and asked a judge to dismiss the case.

In another case, federal court records show the parents of Emilie Olsen claim they never received any notification of bullying before her suicide in 2014, when she was 13 and a student at Fairfield Middle School.

But her student file revealed that she had been bullied.

Both families say they wonder if knowing about bullying might have helped save their children's lives.

First-time offenses aren't considered bullying under the current state law. It must happen more than once.

Some of the families of students who took their own lives want state lawmakers to change the definition of bullying to include first-time offenses. Greenspan said he's hesitant to change it.

"We can look at that," he said. "I want to be careful that we don't put a result, an anticipated result of bullying, in the definition of 'bullying.'"

A better handle on bullying cases

Her 18-year-old son, Joe, was a champion rower and accepted into college when he ended his own life on March 4, 2010.

"We were not aware that he was struggling," Anielski said.

She said her son wasn't bullied, but bullying can play a role in some students' suicides.

Since Joe's death, Anielski has helped pass "The Jason Flatt Act in honor of Joseph Anielski," a law that allows school personnel, at public and private schools, to take youth suicide prevention courses and get required continuing education credits.

The Jason Foundation, a group that’s worked to pass similar laws in 19 states, also pushed the bill. The foundation is named after a 16-year-old who took his own life in 1997. Jason's father, Clark Flatt, is president of the group and travels from state to state advocating for youth suicide awareness and teacher in-service training.

"You never get over it," Anielski said.

Experts like Dr. Barry Feldman agree that it's a good idea for schools to have comprehensive suicide prevention programs.

Feldman, an assistant professor of psychiatry and the director of psychiatry programs and public safety at the University of Massachusetts, previously told the I-Team that roughly 30 to 35 percent of students are targets of bullying. He said the relationship between bullying and suicide is complicated, with no direct link.

Other factors like depression, anxiety and family issues come into play, according to Feldman. He said teachers should look for changes in behavior.

"Being the target of bullying can isolate individuals," Feldman said. "They get embarrassed. They are ashamed by their peers. Those relationships are very important to some people."

Greenspan's bill isn't the only one currently before state legislators. Democratic Sen. Sandra Williams of Cleveland introduced two pieces of legislation, Senate Bill 196 and Senate Bill 197, which would criminalize aggravated bullying, making it punishable by up to 60 days in jail and a fine of as much as $500.

S.B. 197 would also set a new disciplinary procedure for schools to use in cases of harassment, intimidation or bullying, ranging from a warning for first-time violations and referral to a prosecutor for a sixth-time violation.

Schools would also have to provide students with anti-bullying training each year, regardless of whether or not they receive state or federal funding for it.

Williams said she was contacted by several families about their children being bullied. She said she met with school officials who told her they were limited in what they could do because of the state law.

"The consequences of bullying behavior are traumatic and damaging to Ohio’s children and parents," Williams said in a news release. "Without intervention students who bully others are incentivized, without consequence, to continue their aggressive behavior as they advance through school and move into adulthood."

While the bills being considered by state lawmakers are mulled over by various committees, Anielski said she’s still doing what she can to prevent other student suicides.

For the past several years, she and her family have been placing "Ski Boxes" in schools, community centers, churches and any place else where young people gather.

Her son Joe was known by friends as “Ski,” so the initiative was inspired by him, she said. Each wooden box is secured with a lock that allows students to jot down and leave notes about their issues. Someone in authority checks the boxes each day.

"We wanted to do something preventative, not after the fact," Anielski said.

She said she’s received positive feedback about the boxes. Some people have even told her the boxes are responsible for saving lives, she said.

"I just think, if this opens the conversation and you can start talking to that student, and you can get resources to help them, then why not?" Anielski said.

The boxes are free, and organizations can email Anielski at joeskibox@gmail.com for information on how to obtain one.

Anielski also said she wants schools to be required to tracks suicides and suicide attempts.

Greenspan said he'd be willing to work with Anielski on that. The lawmakers also said they want to hear from the public about the proposed changes to the bullying law.

"Clearly we have opportunities here to make a difference," he said.