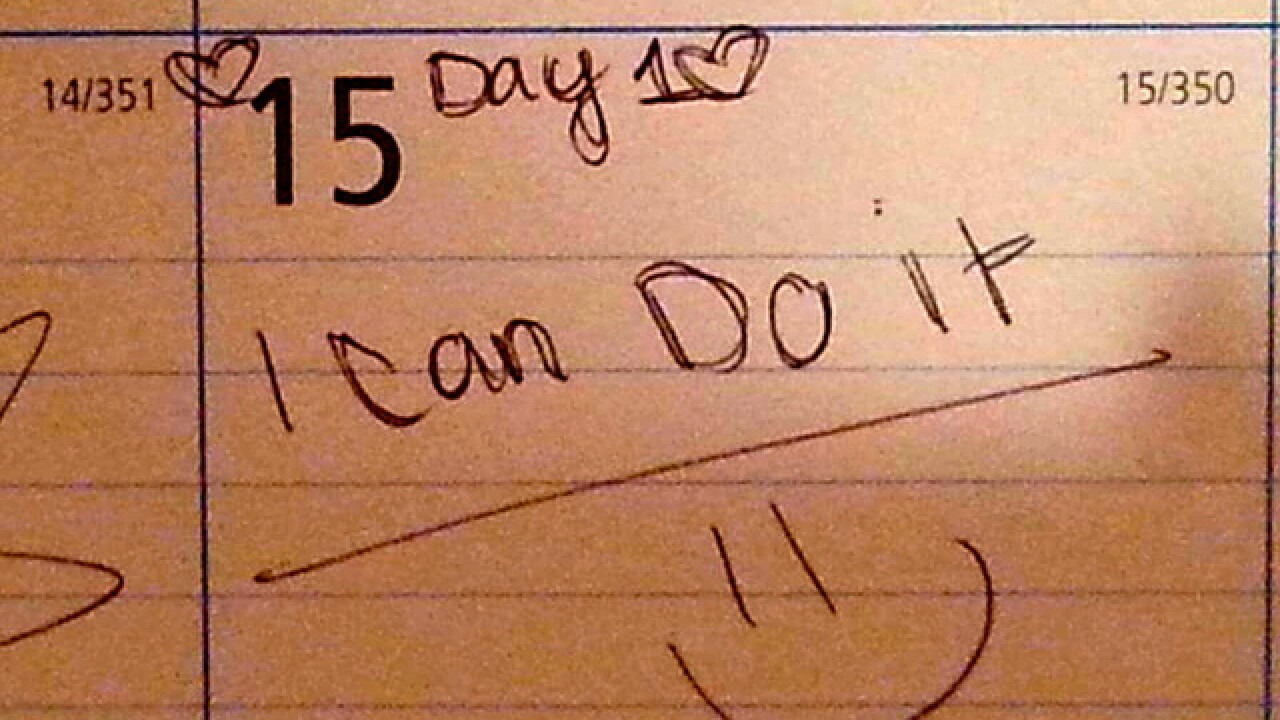 Tawni Pina didn’t even smoke cigarettes. Heroin? There was no way.

So when her mom, Traci Hayes, discovered a dose of heroin in her daughter's purse, it triggered a frantic scramble to find Tawni a place to be treated for her addiction.

What happened next is a pattern that has been repeated different ways hundreds, even thousands of times: Disappointment after disappointment, as long wait lists, red tape and a lack of qualified treatment centers meant she had nowhere to go.

Just three weeks later, she overdosed at the house she shared with two friends. She was rushed to St. Elizabeth’s emergency room, where she died on Feb. 14, 2013, at the age of 21.

The addiction treatment system here was utterly unprepared for the surge in heroin and painkiller abuse that has grown steadily for years.

In fact, it's not a "system" at all. Drug users who seek treatment must navigate, usually on their own, a patchwork of care providers that rarely coordinate with each other. Even if they can find help when they need it, follow-up care is rare, and many are left right back where they started – in the grip of a deadly drug.

The problems are fundamental. Treatment professionals have no accepted standard of care to follow, so methods -- and results -- vary from place to place. There’s little coordination among the people who come into contact with opiate abusers, a wide range of professionals, including police, judges, paramedics, probation officers, doctors, nurses and counselors.

This region is in the midst of an epidemic of heroin and pain pill abuse. In Hamilton County alone in 2015, 488 people died from heroin or its deadlier sibling, fentanyl, a 47 percent increase from 2014.

In a six-day stretch in late August and early September, Cincinnati paramedics reported 174 overdoses. It’s estimated that at least 100,000 people in the Tri-State are addicted to heroin or other painkillers. Only a fraction get adequate treatment.

Addiction is a disease that can be fatal. With any other disease -- heart disease, cancer, diabetes -- getting medical treatment immediately is taken for granted. That's not so with the disease of addiction.

Just finding somewhere to go is a major hurdle.

Struggling to Catch Up

When Traci found the heroin in her daughter's purse, Tawni broke down and admitted she’d been using for months and was addicted. The two of them got on the phone to find a place to treat her and begin her recovery.

That's all it would take, Traci thought. Just getting her daughter into treatment would solve the problem.

“It never occurred to me that she was going to die from it,” Traci said. “I just thought I’d have to get her into treatment. And then I found out it wasn’t so easy."

“Every single place we called – three to six-month waiting list – every single one of them. I didn’t know who to call,” she said. “I felt completely alone.”

Waiting that long to be treated for heart disease or breast cancer, diabetes or asthma is unimaginable. But that’s exactly what those who suffer from addiction are often forced to do.

In eight counties of Northern Kentucky, for example, 30,000 people need treatment for drug abuse, according to the National Survey on Drug Use and Health. But the region only has enough treatment capacity to reach a third of them.

It can take up to six months to get into Brighton Center for Women, one of Northern Kentucky’s top residential treatment programs. The Center for Addiction Treatment, the longstanding residential treatment center in Cincinnati, maintains only 22 beds for women and 42 for men. An expansion four years in the making will only net 16 more beds when it's finished. First Step Home, a residential program for women in Cincinnati, has an average wait time of three weeks. A phone call to its intake desk took five days to be returned.

Making a heroin addict wait that long can be deadly.

“Here’s someone who has made a choice to get treatment and if there’s a two- or three-day lag time, what are they going to do in three days? They’re going to use heroin again,” said Dr. Mike Kalfas, a Northern Kentucky physician who treats addicts.

And just a single dose can be fatal.

The painkillers fentanyl and carfentanil, which are much more lethal than heroin, are being passed off as heroin or cut into narcotic cocktails. Of the 488 deaths in Hamilton County last year, nearly half of them involved fentanyl, an opiate at least 50 times more powerful than heroin. Officials blamed the summer's overdose outbreak partly on the emergence of carfentanil, an elephant tranquilizer 10,000 times more powerful than heroin.

“The deadliness of the disease makes it even more imperative that we have capacity to treat as soon as they make the call,” said Sandra Kuehn, CEO of the Center for Addiction Treatment.

Even getting in to treatment, difficult as it is, is far from a guarantee of success. Data on relapse rates vary and there's no standard measurement of success.

But one study found 70 percent use drugs again within six weeks of treatment and another found that 91 percent use again after detoxing at a residential facility. Failure rates like those would not be accepted for heart surgery, diabetes care or for any other medical problem.

Taylor Walters was a dean’s list student at Eastern Kentucky University. He came home to his parents in Burlington nearly every weekend. But that’s where, they believe, a troubled cousin introduced him to heroin.

Taylor was arrested in Cincinnati for heroin possession on June 30, 2012, his 20th birthday. As he was navigating through the Hamilton County drug court process, he checked himself in to St. E’s detox clinic and then into its intensive outpatient program, a three-month program of counseling and classes three times a week.

He finished the program and things seemed to be going well, his parents remember. But about a month later, Taylor was nodding off at home and his parents noticed valuables missing, sure signs of addiction’s return.

In mid-December, his father noticed cigarette burns on Taylor’s hands and neck, then a black eye and a boot-shaped bruise on his chest. Two days before Christmas 2012, Taylor confessed to his dad that drug dealers from Cincinnati had been to their rural home early that morning, threw him to the ground, put a gun to his head and threatened to kill him unless he paid them the $3,000 he owed for drugs.

Just weeks after graduating from St. E’s program, Taylor was in full relapse and using heroin faster than he could pay for it.

Just as Traci Hayes did, the Walters jumped on the phone to find help.

Only two doctors in Northern Kentucky were certified to prescribe medication to treat heroin addicts. Because of a federal law capping the number of patients they could treat with medication, neither could take another patient.

Grateful Life in Erlanger, a top residential treatment facility for men, had a wait list of six months to a year. Everywhere was full.

“For days I called, begging, begging,” his mom, Sheryl Walters said. “I could not find anything local. Nothing. I remember hanging up the phone screaming. They couldn’t even give me the name of anywhere else.”

From a TV news story, they learned of a place called G&G Holistics in Miami. Taylor traveled there and was accepted into its residential program. He was in treatment there for 45 days, the full length of stay covered by his parents’ insurance.

When Alan and Sheryl picked up their son from the airport, they sensed hope. Taylor seemed a changed man – clear-eyed, clear-headed, making plans for enrolling at NKU and mentoring others with drug problems.

“It was the old Taylor,” his dad said.

But the next day, everything changed.

Taylor borrowed the family car to go register for school. He made plans to pick up his parents when they got off work.  Hours passed and he didn’t show. The day after coming back from his 45-day treatment, he had gone right back to the dope boys in Cincinnati.

The next morning, his grandmother found him under the stairwell of her condo, severely beaten, unable to stand, ribs bruised and swollen. Somehow, after the beating he had managed to make his way from Cincinnati to her Fort Mitchell home.

Alan took the next two weeks off of work to take Taylor to the family doctor, get him into Alcoholics Anonymous meetings, help him find a job, help him find a treatment sponsor, and urge him to restart his life.

Alan went back to work on Feb. 26, 2013. That day, Taylor injected a fatal dose of heroin and died on the floor of his grandmother’s bathroom, two weeks and one day after returning from his treatment in Miami.

Many people like Taylor are treated at certified, licensed centers, even complete their programs, and then go right back to the drug they wanted to escape from. Taylor was sent home with no plan for follow-up care, no referrals back home, no medication.

A heart patient would never be sent home from surgery without medication, detailed instructions for home care and follow-up appointments. Yet that's how the often fatal disease of addiction is treated.

Even treatment professionals and doctors acknowledge that the system we have now for treating addiction is not up to the task of this unprecedented crisis.

“The whole system for treatment has been under capacity since the very beginning,” Kuehn said.

Addiction treatment, she said, has “always been a stepchild of medical care.”

Heroin belongs to a class of drugs that change brain chemistry so thoroughly that all other needs take a back seat to getting more of the drug. But we are treating it with a system that dates back decades and was created to treat a different problem: alcoholism.

“It became a shadow system,” she said. “You don’t put resources into shadow systems because you don’t really know what they’re doing. That stigma has been what’s kept the whole system of prevention and treatment in the shadows.”

That might help explain why addiction treatment is so often unsuccessful. Insurance plans often pay for only a 28-day stay at a residential treatment center, a length of stay that has become fairly standard.

“Thirty days is a minimum to start to see any progress,” he said. “After a year, you’ve got some pretty decent healing.  A year-and-a-half, the brain chemistry is pretty much back to the baseline it should be at.”

Kalfas and many treatment professionals now believe addiction treatment and recovery should be considered a lifelong process.

“He finished the program and he was good to go, they said,” his dad remembers. “As soon as he came back here, he fell right back into the trap.”

“As parents, we had no one to follow up with to tell us what he needed when he came home,” Sheryl said. “That’s a big flaw.”

Many say it's the entire system that is flawed.