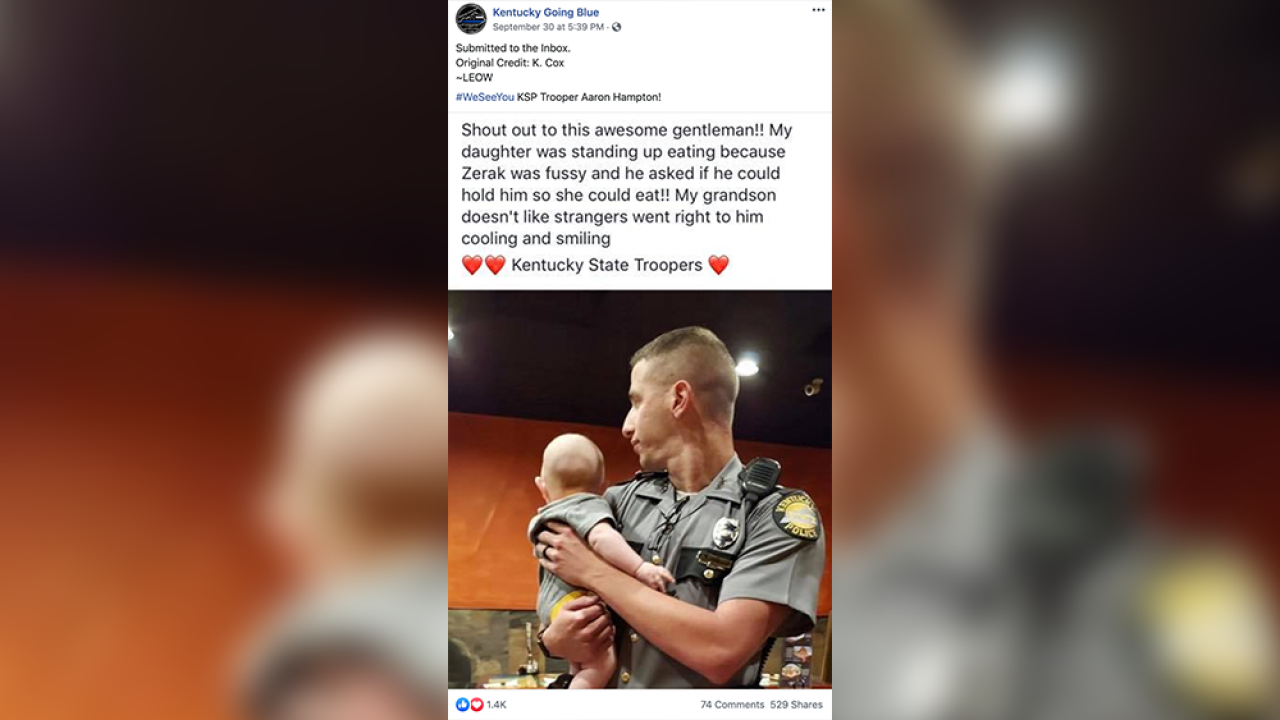 A police officer in Kentucky went above and beyond the call of duty to help a young mother who was out with her small child.

Fox News reports that Tabatha Corbitt was out at a restaurant in Munfordville, Kentucky with her family on Sunday. As the family ate, Corbitt's 3-month-old son Zerak got a bit fussy. In fact, Corbitt was forced to try and stand and eat so she could calm her son down.

Also at the restaurant was Kentucky State Trooper Aaron Hampton. According to the New York Post, Hampton is also a new father to a 15-month-old son.

Hampton offered to help. He held Zarek for a few moments, giving Corbitt a break and a chance to finish her.

Corbitt's mom, Karen Cox, was able to snap a picture of the tender moment. According to the New York Post, Zarek usually doesn't care for strangers, but Cox said she took to Hampton right away.

Cox's photo eventually found its way to a Kentucky state police support group on Facebook, where it's received more than 1,000 reactions.