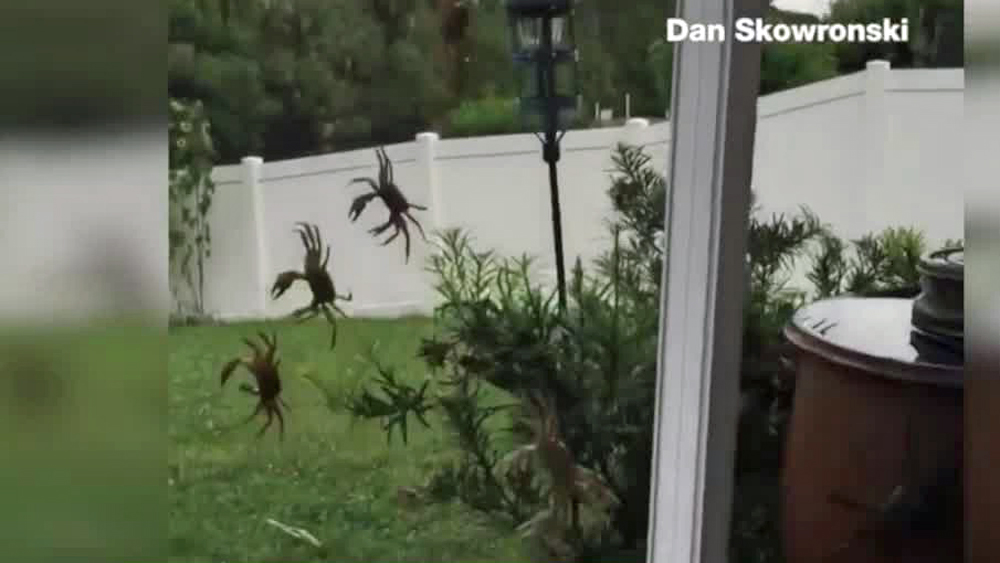 A big land crab invasion was caught on camera by a resident in Port St. Lucie this week. 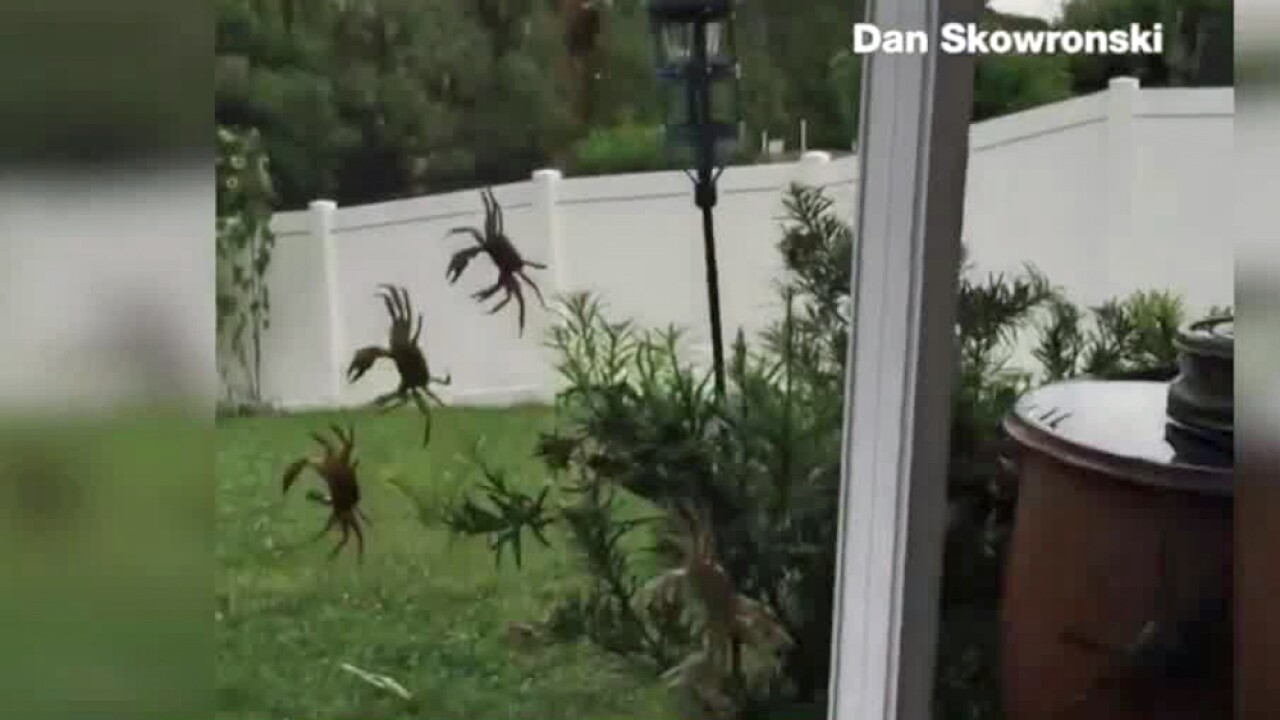 PORT ST. LUCIE, Fla. — A big land crab invasion was caught on camera by a resident in Port St. Lucie this week.

Homeowner Dan Skowronski said his home was covered in crabs after some heavy rain earlier this week, prompting them to evacuate their burrows.

Skowronski's video shows hundreds of crabs in all shapes and sizes crawling on his backyard porch screen.

Not only were they creeping onto his home but scurrying all over his property.

"They're more scared of me than I am of them," says Skowronski in the video. "Sometimes it happens, once a year, crazy,"

This story was originally published by Scott Sutton on WPTV in West Palm Beach, Florida.