'Furlesque': An average Joe goes to Cincy Fringe for a coming-of-age 'furry' tale 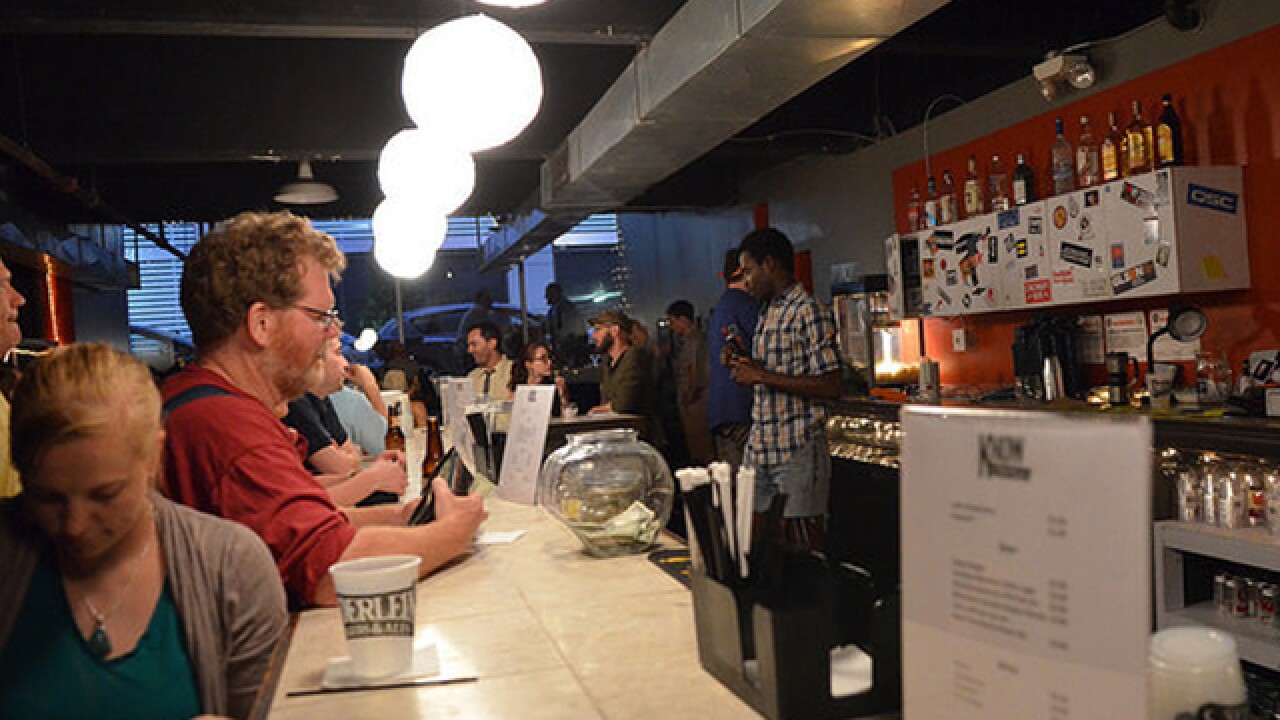 The phrase "coming-of-age tale set in a burlesque show for furries" meant nothing to me until I saw “Furlesque” as part of the Cincinnati Fringe Festival.

Now I know exactly what that means -- and I am strangely proud of that fact.

“Furlesque” was my first Fringe Festival experience, and it was absolutely on the fringe: Think off-the-wall premise, off-the-path venue and off-their-rocker performers. (I think attending shows like this immediately gives you “street cred” on the arts scene, plus it's cheap and pretty damn good.)

Gabriel's Corner is a performance venue in an old church at Sycamore and Liberty streets. The “stage” is the floor, and the audience sits on chairs on risers. The Fringe Festival “tickets” are actually playing cards that you immediately give back. (I had the six of clubs.)

I went to the opening night of “Furlesque,” but one could hardly tell it was the first performance. There were a couple of flubbed lines and a missing pair of gloves, but otherwise it was well rehearsed. The opening choreography, featuring five adults in full animal costumes dancing semi-seductively for five minutes, set the tone. I laughed, I was sometimes confused -- and I got strangely aroused by a salamander.

The play tells the story of a young girl, Nancy, who “grows up” in the wings of the Scratch and Sniff, a burlesque club for furries. To the uninitiated, which I was, a furry is someone who dresses like an animal and behaves as an animal. It was surprisingly less sexual than I'd assumed. It was mostly lighthearted and fun, with some slapstick dance moves and the occasional, tasteful hip thrust. Nancy’s uncle Jack (a very good Mike Hall, effectively the star of the show) runs the club and refuses to let her dance in the revue.

Several things I saw that prove I was at the Fringe Festival:

I was wearing a button-down shirt and was wildly overdressed. And I probably cannot go within 100 yards of a reptile house ever again. (Eileen Earnest was somehow a total babe as a salamander named Chanticleer Owens who only spoke in literary quotes and had a British accent.)

If you're looking for an easy access, lightweight introduction to the arts scene in Cincinnati, you won't find anything more accessible than Cincy Fringe. It's about a fortnight long (12 days, actually) at a variety of venues, and it’s very cheap. Plus, every single evening ends with an afterparty of drinking at Know Theatre. You have one last day to enjoy this year’s edition; I suggest you seize the opportunity.