From The Vault: Jerry Springer paid checks for sex 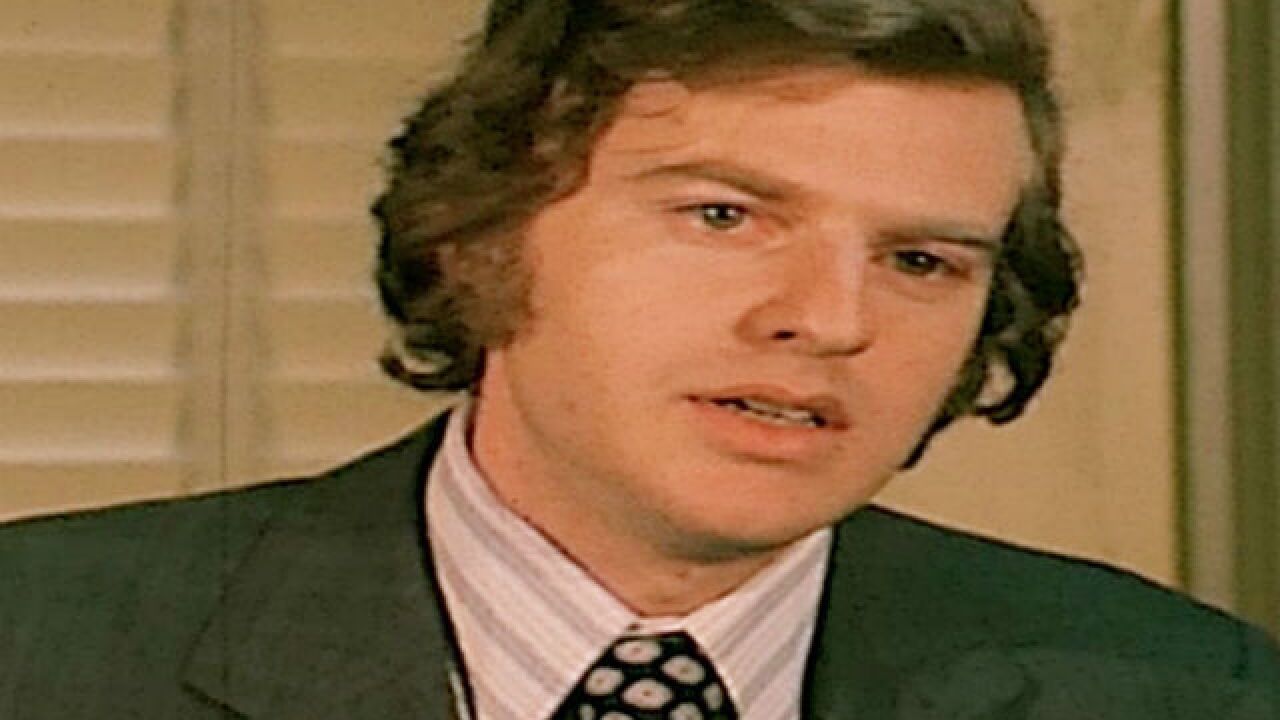 CINCINNATI – To Tri-Staters old enough to remember, Jerry Springer will always be "the city council member who got caught paying for sex with checks."

Yes, that Jerry Springer. The future network TV host resigned in disgrace from Cincinnati city council on April 29, 1974 and made a tortured public confession and apology in front of every TV camera in town the next day. He said he loved public life but his conscience dictated that he resign. His wife, heartbroken, couldn't stand it and rushed out while Springer, nearly in tears, was still struggling to answer every reporter's question.

WATCH Springer's confession and apology in the video player above.

Twenty-four hours later, the 30-year-old Springer was testifying at the trial of three men accused of operating the Northern Kentucky "health club" where he admitted going twice for sex – once the previous December, once in January. On the stand, he identified a $50 check he made out to 26-year-old Norma Jean Hall.

"It was in exchange for an act of prostitution," Springer said.

Another woman, 21-year-old Pamela Jean Knight, identified a $25 check she said Springer gave her in return "for sexual relations." Springer confirmed he wrote it.

The scandal rocked City Hall and local politics. Springer was due to become mayor after the next election, by agreement of the council majority. He was going to be the youngest big-city mayor  in the U.S.

At first, Springer's fellow council members loyally supported him and refused to accept his resignation. Within three days, Springer himself had reconsidered.

"Springer to keep City Council seat," a headline in the May 3 Cincinnati Post said.

A week later, though, the other eight council members had all turned against him in the midst of infighting and kicked him out of office. Some of the infighting involved the choice to fill a vacant council seat and who would be next mayor.  When push came to shove, several cited the city solicitor's opinion that Springer's resignation took effect when he submitted it. Meanwhile, the Ohio Black Political Assembly objected to Springer's reinstatement on the grounds that "a black man would not receive the same consideration."

The political intrigue carried over to the Hamilton County prosecutor's office, according to the Post.  It reported that hardline Republican prosecutor Simon Leis had met with two Democratic Party leaders and threatened to prosecute the liberal Springer if he didn't resign.

After learning about Springer's situation across the river, Leis had convened a grand jury to investigate health clubs in Cincinnati and had offered immunity to Knight and Hall. Knight testified in the Northern Kentucky trial that  she also worked in Cincinnati and that Springer had given her $30 in cash "two or three other times."

At his City Hall news conference, Springer said he had gone to health clubs in Cincinnati but denied ever having sex there.

"They were solely for legitimate purposes," he insisted. "To the best of my knowledge, no club in Cincinnati which I visited was engaged in any improper or illegal activities."

What is it about Cincinnati? Fifteen years before a betting scandal brought down Pete Rose and kept him out of the Hall of Fame, Springer was a popular political star on the rise – especially with young people. He had charisma, purpose, devotion and ambition. He had mayor, governor, congressman in his future. With all of his charm and personality, he reminded many supporters of JFK. He might have become president except that he didn't qualify (born in England to Jewish parents who fled Nazi Germany).

Springer's star rose quickly in Cincinnati - and fell and rose again just as fast. Three years after he resigned, he was taking the oath of office as the city's mayor in a packed council chambers, overflowing with the sound of cheering and clapping.

"When I think of being flat on my back three years ago, having this happen is almost unbelievable," Springer said in 1977. "This is the best feeling I've ever had in my political life."

Springer grew up in New York and came here in 1968 to work in a law firm after graduating  from Northwestern University law school. He had already jumped into the political arena, working for Robert Kennedy's presidential campaign. In Cincinnati, he became chairman of the Hamilton County "Voter-19 Campaign," which sought to lower the voting age in Ohio. He was a Pied Piper with young people, rallying big numbers of college and high school students.

The Democratic Party took notice and ran 26-year-old Springer for Congress in 1970 against four-term incumbent Republican Donald Clancy.  Springer,  an Army reservist, ran on an anti-war platform. Instead of being a sacrificial lamb, Springer got 45 percent of the vote in the heavily-Republican Second District.

He won a council seat on his first try in 1971 and was re-elected in 1973 with the second most votes behind popular Mayor Theodore M. Berry.

As a council member, Springer always seemed to get attention. Wearing bell-bottom blue jeans, he spent a day working with a garbage collection crew, hauling cans from the curb and dumping the trash in the back of the truck.

When the city took over local bus service, he hijacked a bus during the Fountain Square ceremonies and drove it around the block.

He spent a night locked up with prisoners at the old jail, a dungeon known as The Workhouse, saying he wanted to hear their problems and bring attention to their plight.

He borrowed a camper van and drove it to city neighborhoods on weekends to listen to residents. He said he did it because many people couldn't get to City Hall so City Hall should go to them. He prided himself on responding to the "everyday problems of the average citizen."

Announcing his resignation and fidgetting at the City Hall podium under the hot glare of the TV cameras, Springer said he held out hope that he could resume political life in Cincinnati.

"It is my fondest wish to re-enter public life, but I believe the interest of the public is best served by my resignation until such time as the air has been cleared," he said.

The next day Micki Springer told the Post she didn't want her husband to resign.

"Politics – council – has been Jerry's life and to give that up would destroy him," she said. "It's his whole life … I can't stand to think of him throwing it all away.

"While what Jerry did was wrong, it's nothing to throw your life away for … I know what Jerry needs to stay alive. I just love him and I can't bear to see him broken like this."

Both of them were encouraged by the initial support from council and the public and had looked forward to getting back to City Hall much sooner than they had expected.

"The support of family and friends, which has been so tremendous, has convinced me that the best thing to do is to return to my seat on city council and work hard to do the best job I can for as long as the people of Cincinnati want me," Springer said.

He said he resigned because "it seemed the only thing to do since I first realized the import of what I had done."

"I am so relieved," his wife said.

A week later, though, on May 8, council voted unanimously to "accept and file" his resignation.  Springer was bitterly disappointed, if not bitter.

"I'm not going to beg," Springer said. "What I did was wrong, but I still have a certain amount of pride and self-respect left.

"I loved my work. It was my life. But I committed a serious indiscretion, to my way of thinking, and I guess I must pay for it now dearly."

He held that thought until Nov. 4, 1975, when he was re-elected to council with the fourth most votes.

Celebrating with his raucous campaign workers, Springer made a tearful victory speech, giving credit to his wife for his re-election and twice breaking into sobs.

"There have been times in the past year and a half I wanted to quit.,"  he said.

"There is something good about our system that says we recognize people are human beings and people are to be judged on what they can do to make this a better place for all of us."