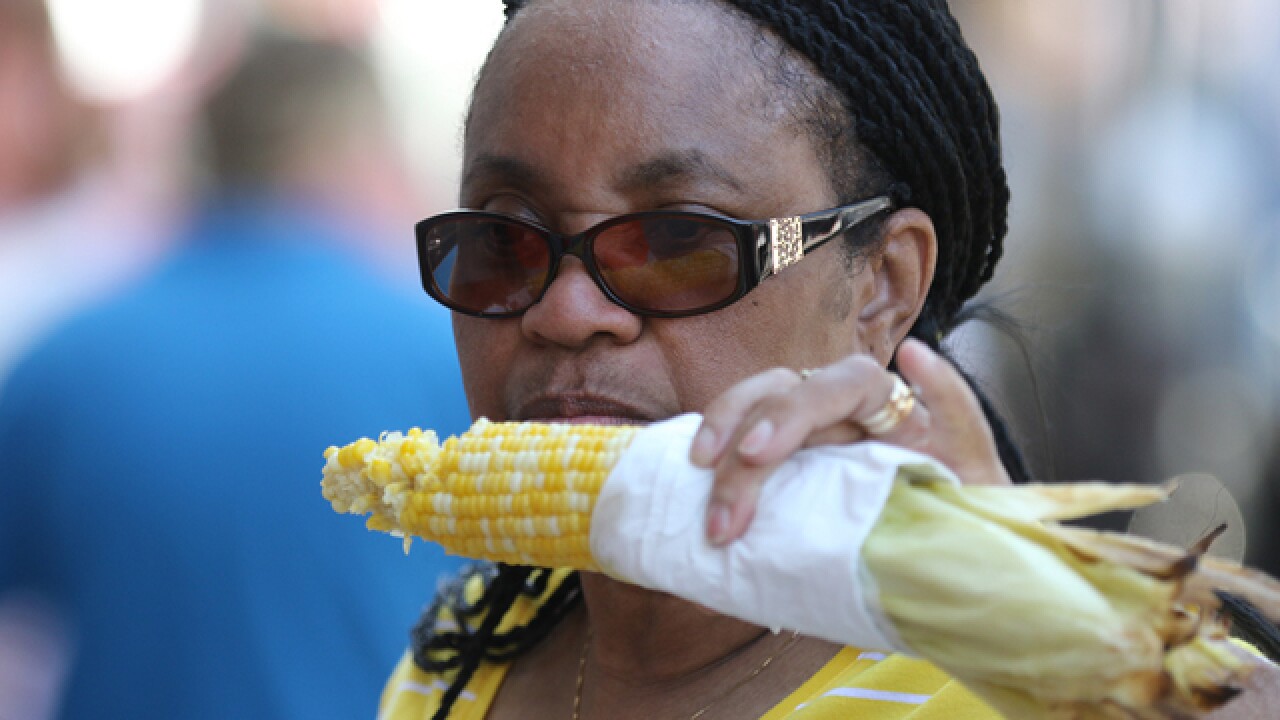 Gary Landers
<p>Cora Wyche of Lexington, Kentucky, enjoys an ear of roasted corn during the Taste of Cincinnati in downtown Cincinnati, Saturday, May 23, 2015.  </p>

CINCINNATI — Taste of Cincinnati will host 13 new eateries at this year’s culinary arts festival, scheduled May 28-30 on Fifth Street, Downtown.

“One of every four Taste of Cincinnati food vendors is brand new to the event – and your favorites are returning, too,” said Cynthia Oxley, director of corporate and community events for the Cincinnati USA Regional Chamber. “Taste of Cincinnati will feature seven new restaurants, and six new food trucks will join our expanded West Sixth Food Truck Alley.”

Thirty-six restaurants and 15 food trucks will serve a total of 265 menu items at the event hosted on Fifth Street between Vine and Sentinel. The Taste Experience that highlights more than 20 boutique restaurants within a three hour time period also returns this year.