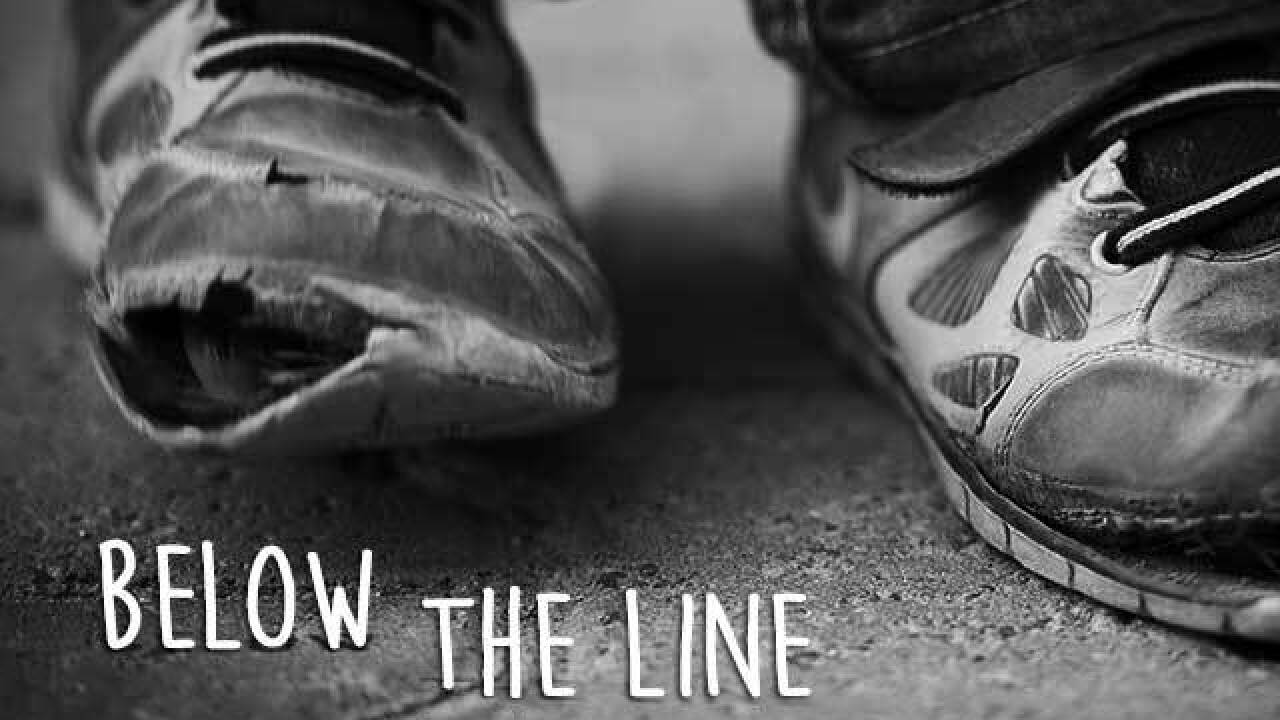 It started with one story.

In December 2014, reporters Lucy May and Mark Nichols uncovered data that showed nearly half of all children in Cincinnati lived in poverty.

And childhood poverty — along with poverty in general — was getting worse in the Tri-State.

As a newsroom team, we knew we had to take action.

So in January 2015, we begin digging into how we could cover childhood poverty. How could we make a difference?

The result was Below The Line.

Below the Line is a relentless, hard look at childhood poverty — the factors that cause it, the people affected by it and the solutions.

Others have done occasional stories on childhood poverty here. But no one has produced as much coverage in the Tri-State as WCPO. On our Below the Line page, WCPO.com/poverty, there are more than 100  stories.

But for us, it’s not enough just to tell you the story of Natalia Gardner, a single mother of three living in poverty in Boone County.

We started with those stories. We chronicled poverty in three very different areas: Boone County, Middletown and Over-the-Rhine.

Then our coverage moved on to highlighting specific aspects of our region’s poverty problem, such as this story about how more kids in Northern Kentucky have become homeless because of the heroin epidemic.

In December, we begin to focus on solutions. Lucy profiled three local organizations that are having an impact on childhood poverty.

In February, we reported on three organizations across the country that are reducing childhood poverty. The idea was to provide local residents with some new ideas for how to fight poverty.

See our Below the Line coverage at http://www.wcpo.com/poverty

Natalia Gardner was part of our first story in the Below The Line series. That story published one year ago today.

But one year after that story that started our coverage, childhood poverty continues to plague the region.

In the city of Cincinnati, 47.2 percent of all children live below the federal poverty threshold, according to data released by the U.S. Census Bureau in December 2015.

That’s more than 30,000 children within the city limits.

For the Tri-State as a whole, one in five kids — or 105,000 children — live below the federal poverty level.

Both estimates were worse than comparable numbers released in December 2014.

So we’re not going away. WCPO and 9 On Your Side will be putting even more reporting time from talented reporters such as Lucy May and Kathrine Nero on this story.

We are going to keep telling you about the problems, highlighting success stories and uncovering solutions.

This problem is too important for us to let up on.