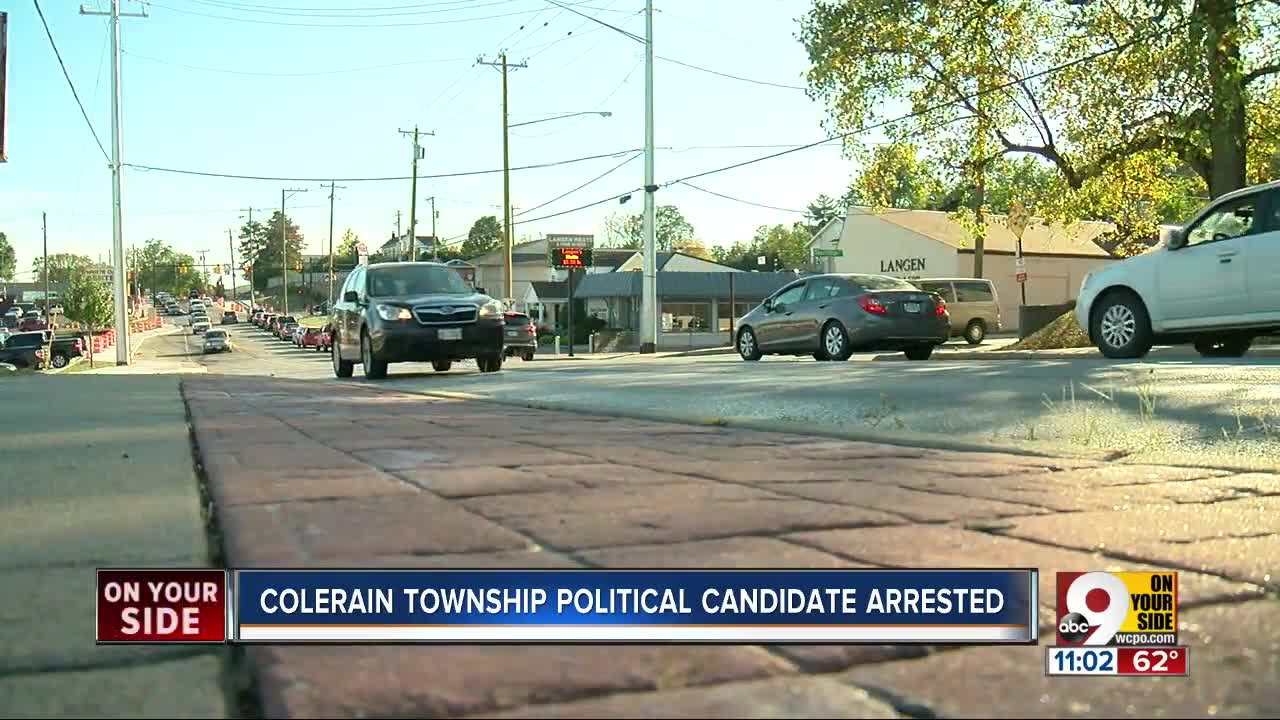 Authorities arrested Kylen Ray Peck, 27, early Friday morning. Peck assaulted his girlfriend Emily Rentschler in his car on the way home from a bar, according to an arrest report. Peck caused Rentschler to lose consciousness when he grabbed her by the neck, according to the report.

WCPO's Jake Ryle spoke with Rentschler and she said, that she is trying to put this in the past and is most worried that her child was home when the assault took place.

Rentschler is running for Fiscal Officer.

According to police, Peck took Rentschler's phone and threw it into the woods when she tried to call 911. He then threw his phone out, too.

Rentschler was able to get away from Peck and run to her son's room. She and her son were able to get to a neighbors house where they called 911, according to the report.

Peck is running for Trustee against Todd Allen, Matt Wahler and Joseph Woltermann in the Nov. 5 election.

WCPO has reached out to Peck for comment but have not heard back.