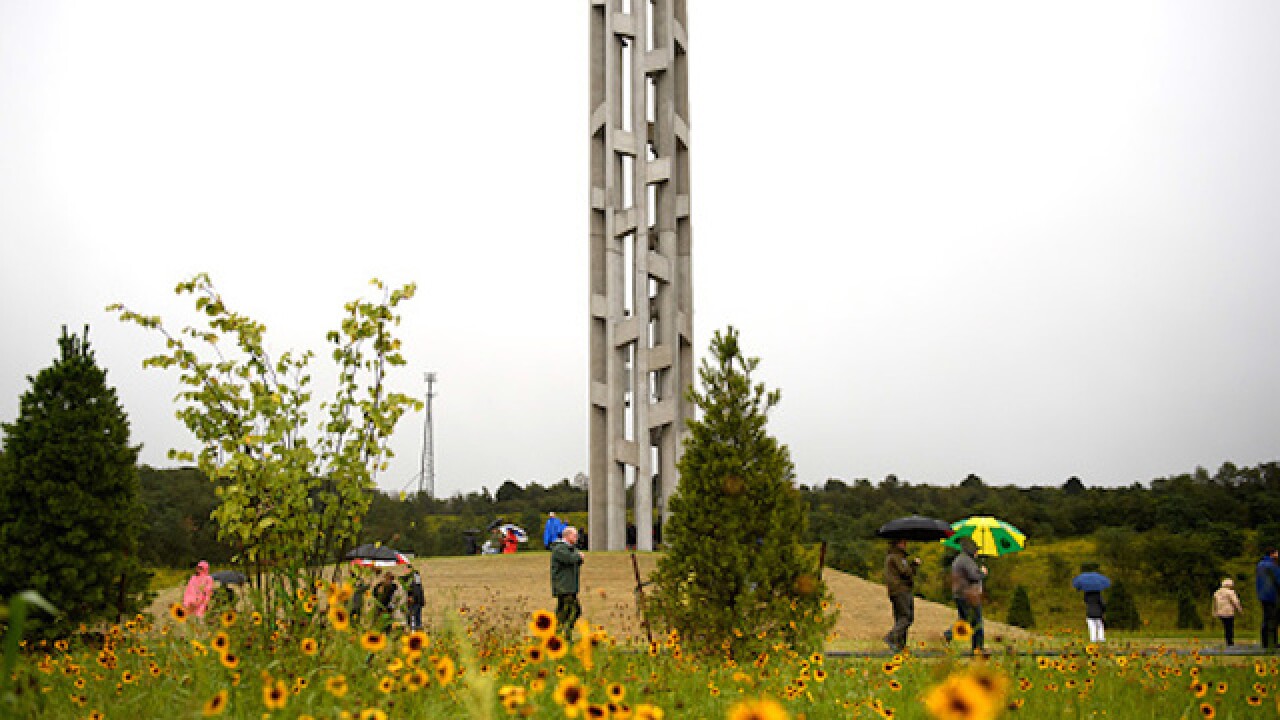 Image copyright 2018 Getty Images. All rights reserved. This material may not be published, broadcast, rewritten, or redistributed.
Jeff Swensen
<p>SHANKSVILLE, PA - SEPTEMBER 09: The Tower of Voices stands above visitors, dignitaries and family members of the victims of Flight 93 at the Flight 93 National Memorial on September 9, 2018 in Shanksville, Pennsylvania. (Photo by Jeff Swensen/Getty Images)</p>

A monument dedicated to the victims of United Flight 93 — the plane that crashed in central Pennsylvania on Sept. 11, 2001 — was dedicated on Sunday at Flight 93 Memorial National Park in Shanksville, Pennsylvania.

Named the "Tower of Voices," the monument stands 93 feet tall and will eventually house 40 wind chimes, each one representing one of the passengers and crew members who died in the crash.

According to the National Park Service, each chime is designed with a different musical frequency, which will create 40 different "voices" to keep the memory of the victims alive.

Listen to a simulation of the Tower of Voices below.

United Airlines Flight 93 took off from Newark International Airport on Sept. 11, 2001 bound for San Francisco. Less than an hour into the flight, terrorists took control of the plane with the intent to fly it back to Washington, DC and fly it into either the White House or the Capitol Building.

However, passengers on the plane were able to revolt and stop the plot, forcing the terrorists to crash the plane Shanksville, about a 30-minute flight from Washington.