InfoWars app still in Google, Apple stores after companies move against other content 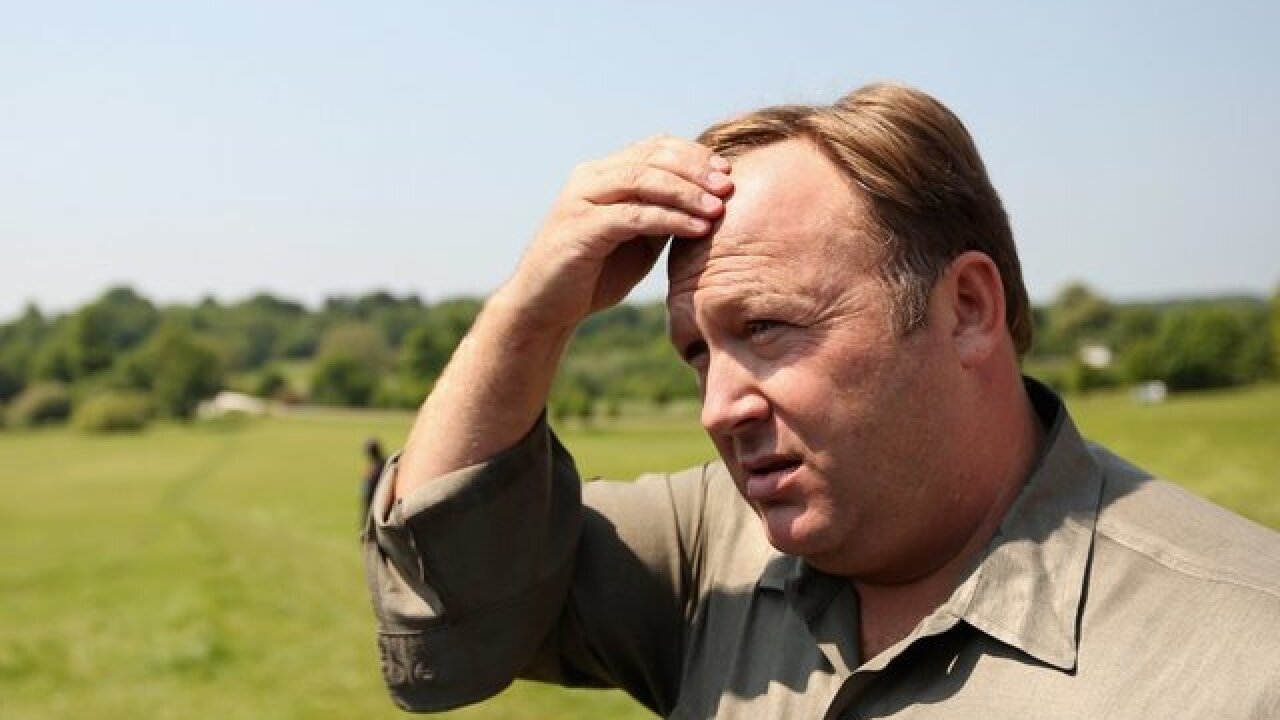 Big tech made a show on Sunday night and Monday of moving against conspiracy theorist Alex Jones and his media company InfoWars. But Apple and Google are both still selling its app, which contains some of the same type of content that both tech giants have pulled from elsewhere on their platforms.

It's unclear how long the app has been available in the two app stores, but InfoWars has been publicizing the app's availability since at least July 13.

Both stores categorize InfoWars as "news." On the Apple App Store, InfoWars' app has gone as high as #23 among free news apps, ahead of offerings from legitimate news outlets like the Associated Press, CBS News, USA Today, NPR, Bloomberg, MSNBC, Washington Post, NBC News, Politico and the Financial Times.

InfoWars and Jones regularly traffic in conspiracy theories, including the claim that the Sandy Hook Elementary School shooting was a hoax and that the September 11, 2001 terror attacks were an inside job.

The InfoWars podcasts that Apple removed from the iTunes store are recordings of the company's live shows -- which are still being streamed live and hosted through the app available through Apple's app store.

Last week, Apple declined to comment for this story. But asked on Monday why the app remained live even after the podcasts had been pulled, an Apple spokesperson responded in a statement, "Apple does not tolerate hate speech, and we have clear guidelines that creators and developers must follow to ensure we provide a safe environment for all of our users. Podcasts that violate these guidelines are removed from our directory making them no longer searchable or available for download or streaming. We believe in representing a wide range of views, so long as people are respectful to those with differing opinions."

A Google spokesperson told CNN, "While we don't comment on specific apps, we can confirm that our content policies are designed to provide a great experience for users and developers. If an app violates our policies, we take action."

Both Apple and Google approve all apps sold in their stores. Any developer who has an app approved can then apply to have that app listed as "news;" the companies do not limit the category only to those created by legitimate news outlets.

Apple and Google did not respond to CNN's inquiries about whether it was appropriate to list the conspiracy theory website in the same category as legitimate news organizations.

Apple does explicitly say it may ban apps for objectionable content, such as "Defamatory, discriminatory, or mean-spirited content, including references or commentary about religion, race, sexual orientation, gender, national/ethnic origin, or other targeted groups..."

Google has similar language , saying it does not allow "apps that promote violence, or incite hatred against individuals or groups based on race or ethnic origin, religion, disability, age, nationality, veteran status, sexual orientation, gender, gender identity, or any other characteristic that is associated with systemic discrimination or marginalization."

In addition to its conspiracy theories, InfoWars and Jones publish content that is Islamaphobic, xenophobic and/or transphobic to their sites, in addition to pushing it on their live streams. Either way, it would then end up in the apps.

InfoWars recently published to both apps an article that claimed to reveal the "transgenderism movement" was created to "ultimately collapse society." It also recently published to both apps a claim that former CIA director John Brennan converted to "radical Islam and was a registered communist." Another post encouraged people to watch something it described as "Islamic invasion ships slam into Spain." The footage was of a migrant boat landing on a Spanish beach.

InfoWars did not immediately respond to CNN's request for comment. In a message posted Monday on Twitter , after the other platforms had taken down some of his and his company's content, Jones told his fans to watch live streams on the InfoWars website, calling it "the one platform that they CAN'T ban."

Apple and Google have both banned apps before.

Gab, which bills itself as a conservative alternative to Twitter from their app stores, was blocked by Apple in January 2017 over what Apple termed hate speech. Google pulled the app from their store in August 2017 over hate speech as well.

At the time, Gab founder Andrew Torba told Mashable that it was another example of the "ideological echo chamber in Silicon Valley."

"You see all these companies one after another coming out with the same exact message, same exact stance," he said. "There's nobody saying 'no, we stand for free speech. We hate some of the vile things that are said.' Either you support free speech or you do not. Period."

The QDrops app had until the removal been one of the top paid apps in the "entertainment" category in the Apple store; it's still on sale in the Google app store.