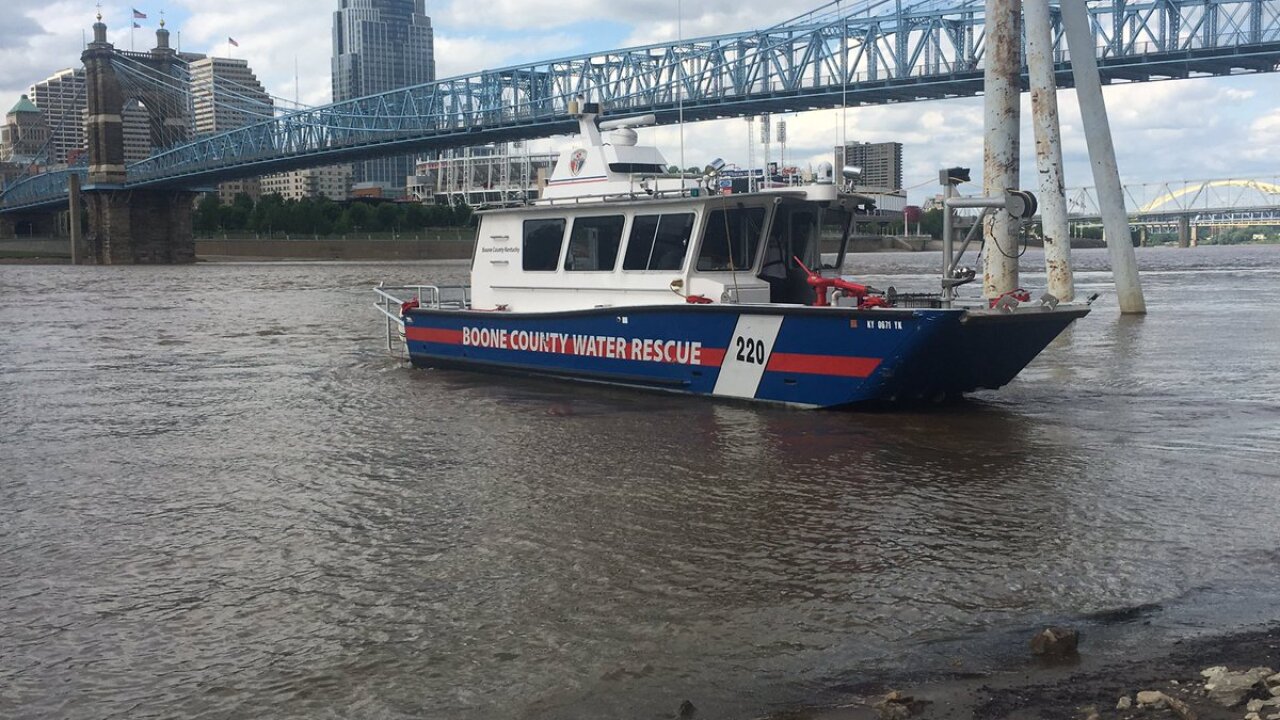 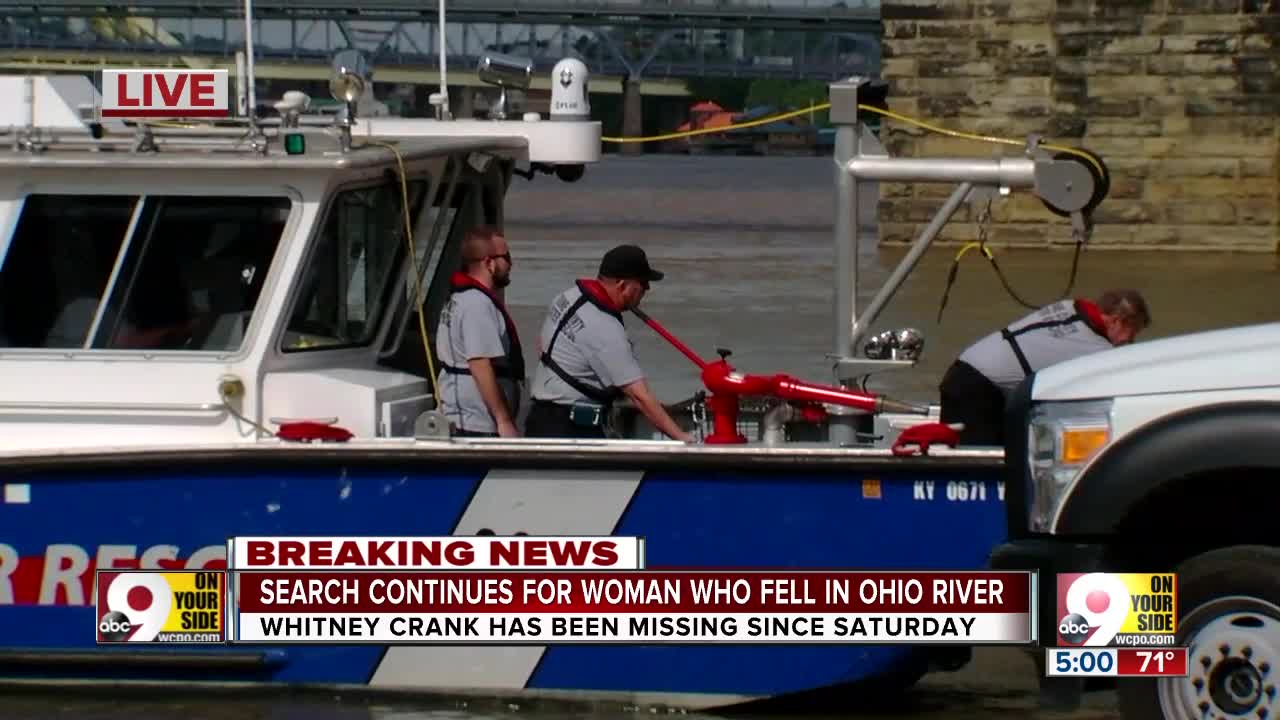 CINCINNATI — As they ended a second unsuccessful day of searching for the remains of Erlanger boater Whitney Crank, Boone County water rescue officials said they planned to investigate a new area of the Ohio River when the recovery effort resumed Tuesday afternoon — after the members of their all-volunteer search team get out of their day jobs.

According to Capt. Ken Purcell, their initial search had focused mainly on the waters near the Clay Wade Bailey Bridge. They plan to move closer to the Brent Spence Bridge and further toward the middle of the river Tuesday.

Officials said 31-year-old Crank fell overboard during a Saturday night boating trip with a friend. She was standing up in the boat when choppy waters knocked her off-balance, sending her into the river.

Her companion jumped into the water to search for her before being pulled from the water by another boater and contacting authorities, according to a press release from the Cincinnati Fire Department.

The search for Crank began immediately after the incident but was suspended after 90 minutes, just before 9:30 p.m.

Officials found alcohol on the boat but said they did not know whether intoxication was a factor in the incident.