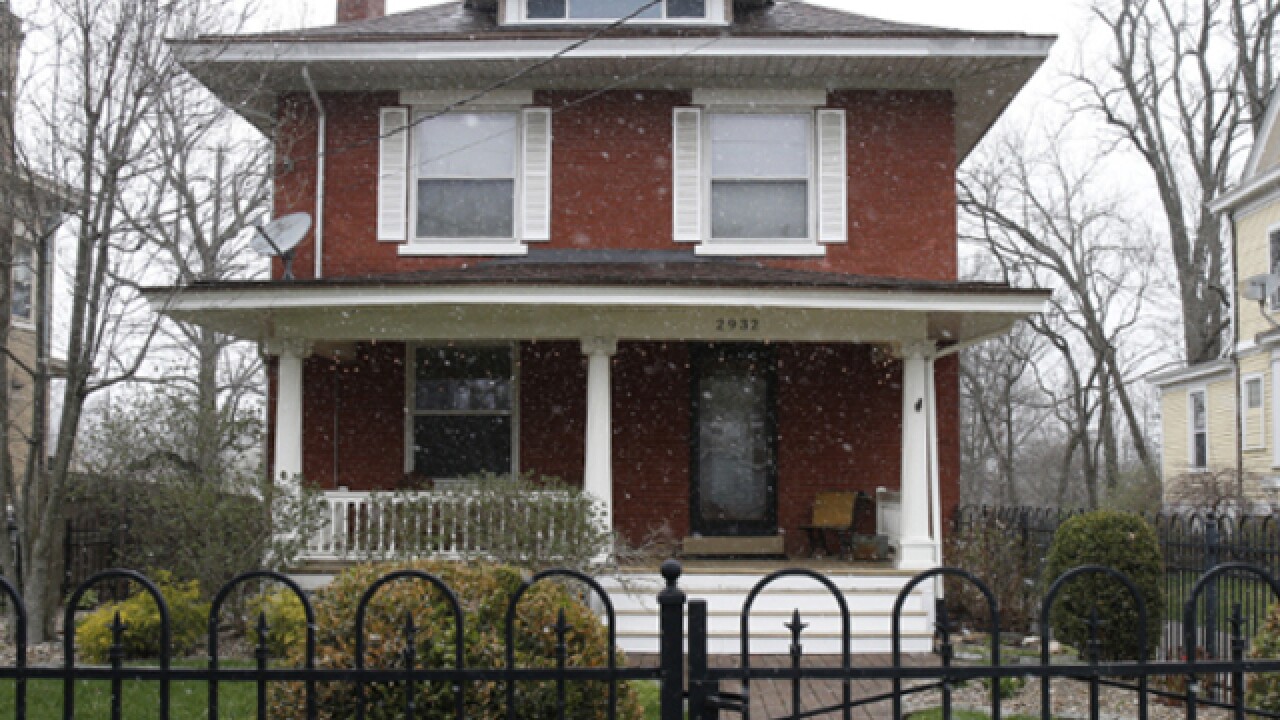 CINCINNATI -- Walking into Trish Kramer's Westwood home, your eyes might land on the birdcage-turned-lamp in the entryway or, in the next room, the long horns of the cow skull above the green tile fireplace.

Either way, you'll quickly realize that the home is filled with interesting things. They're pieces Kramer has collected during more than three decades of thrifting and antiquing, looking for items that fit with her affinity for "age and patina."

The house itself, built in 1900, qualifies. You can tour it, along with a half-dozen other homes and a church, during the Cincinnati Preservation Association Spring House Tour. The association is partnering with Westwood Historical Society for the May 12 event, which celebrates Westwood's 150th anniversary.

Kramer, a nurse, and her boyfriend, Steve Ramsey, have lived in their Westwood home since September 2016, when Ramsey's a job at a Downtown Cincinnati law firm brought them to the neighborhood. Kramer wanted a home with brick and hardwood floors -- a space that could compare to the 1845 house they shared in Dayton's Oregon District.

"When I walked into this one, I had that thing people talk about where you just know," she said.

It had the brick and the hardwood along with many other features that appealed to her. Previous owners had stripped and restored much of the woodwork to its original, dark stain. It had a two-car garage and some 700 more square feet of living space than their Dayton home. The remodeled kitchen had lots of lights and an added bay window. A side addition filled with light retained the large windows and brick from the home's original exterior.

"I inherited all of the really good parts of this house," Kramer said. "There's a really nice balance of modern, updated, usable, but still that old feel."

There was one other major selling point.

"I looked around and thought, 'I know where all of my stuff is going.' … It already fit," she said.

Her collection began during her high school years in the 1980s, but she's never been one to seek out pieces because they might have monetary value.

"I just go by aesthetics, affinity and feeling," she said.

The pieces are also intentionally chosen to create a cohesive feel that could be described as slightly industrial in the neutral colors that also define her wardrobe.

"It should all match, but it's coming from hither and yon," she said.

On a butcher's table that serves as her TV stand, for example, antlers, bits, feathers and old leather bags collected from various places throughout the years lend a Western feel. She came across the table, complete with hooks on both sides, in someone's garage. At the time, it was covered with potting soil, paint, oil cans and cobwebs, vut she could see past all that to its potential. She offered the owner $50 for it. Cleaned, spray painted and standing in her living room, it looks like a piece that would sport a much higher price tag at a trendy store.

While walking through the house, you might also notice the bunny figures. (Count them: There are 24 in all.) Kramer nicknamed Ramsey "Bunny Foot" for his penchant for wearing white socks pretty much all the time. Over the years, the moniker got shortened to just "Bunny." So when Kramer comes across a bunny she likes -- and only specific figures fit the bill -- she buys it.

Kramer isn't the only collector: When it's quiet, you can hear Ramsey's six clocks, scattered throughout the house, ticking and chiming. He also has some of his paintings, as well as work by his Art Academy mentor, on display.

Most of the pieces are Kramer's, however, from an old library table and a pair of lamps that belonged to her grandparents to the aforementioned cow skull on a metal armature. Kramer's friend Hamilton Dixon, whose metalwork can be seen in the Dayton International Airport and the Dayton Art Museum, made the stand.

"Steve has to rein me in sometimes to keep it from getting cluttered," she said.

They plan tweaks to the house itself, too -- getting the two fireplaces back to being operable and finishing the large attic. (Previous owners already added skylights and windows to the unfinished space to let in light.)

So all things considered, was it worth the move from the 1845 home she loved in Dayton?

"It was a proper trade," she said.