Home Tour: This Westwood house looks new from the front, but its vintage barn tells another story

Property once belonged to James Gamble 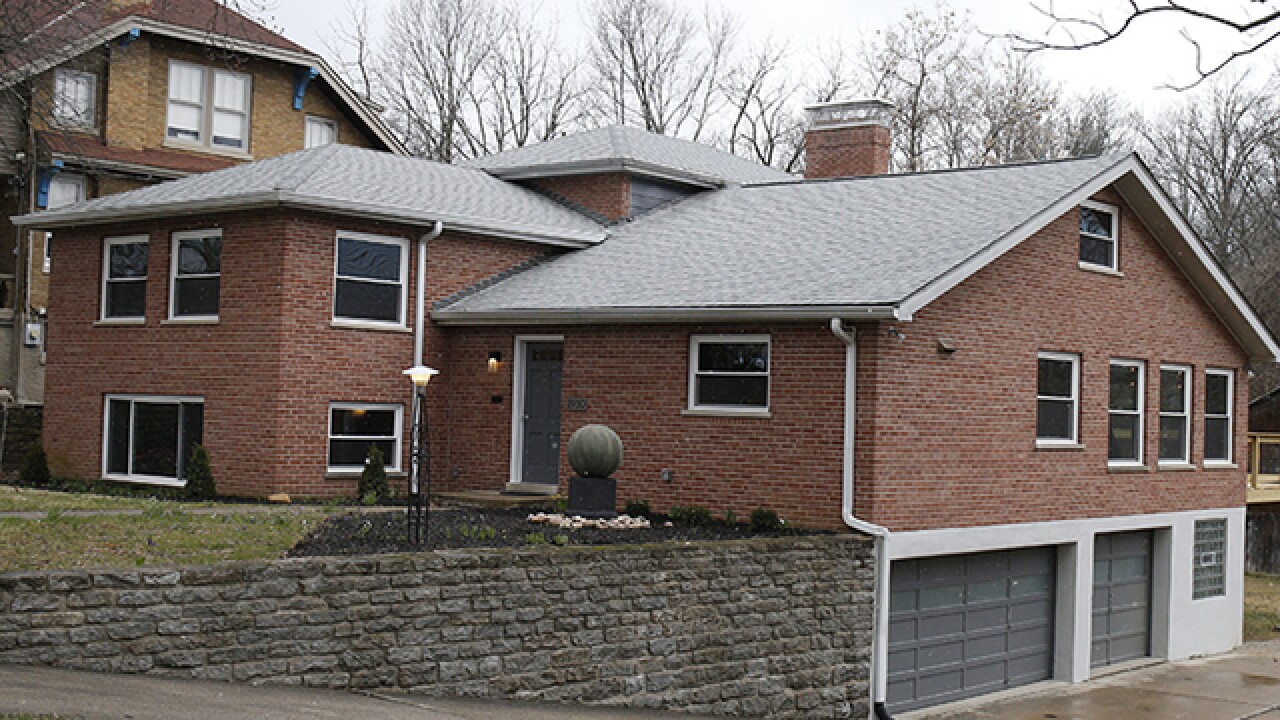 CINCINNATI -- The brick house at 2930 Montclair St. in Westwood looks new from the street. It smells new inside. Its European-style kitchen is all new.

Formerly the home of several generations of the Schwoeppe family, the 58-year-old house is owned by EP Investment Group's Rick Pouliot and Frank Eversole, partners in business and life whose remodeling company focuses almost exclusively on properties in their Westwood neighborhood.

The two entrepreneurs purchased the late Eugene Schwoeppe's home in September 2016 with the goal of modernizing its look and mechanicals while preserving its past as well as increasing its value.

Our photo gallery proves they achieved their first goal. Should they get near the asking price of $399,000 for the house, they will have achieved their second goal, too.

"It has been our goal to stabilize the market in Westwood," said Pouliot, who has been remodeling and reselling residences with Eversole since December 2012.

"We had a very low square-footage price in Westwood for years, but we're finally getting to over $100 per square foot. We had an unhealthy market here, and we've come a long way."

The Schwoeppe house has a three-car basement garage and 3,750 square feet of living space on its four levels, each divided by staircases of about seven steps. Depending on how it's configured, the house has four to six bedrooms, all with new windows and original hollow, wooden doors that were in vogue in 1960.

The three full bathrooms feature their original, colorful tiles but have new vanities and toilets, as does the one half bathroom located off the laundry room. Pouliot and Eversole were also able to save a built-in media center that they cleverly converted to a bar with a pass through from the kitchen to the living room.

The flooring in the dining room (cork) and kitchen (linoleum) was replaced with 2-inch white oak boards that match those once hidden by wall-to-wall carpeting in the living room and existent in all but one of the bedrooms.

That one bedroom -- which technically needs a closet to be listed as a bedroom but has enough space for one to be added -- is on the first of two lower levels, along with a beer refrigerator and laundry rooms. There, Pouliot and Eversole laid a new gray wood-grained flooring product from Menard's.

"It's life-proof luxury vinyl," Pouliot said. "It's not water-resistant, it's waterproof. It might be my new favorite thing."

The partners had all the original oak floors refinished -- no small task for those who did the 6-foot-ceilinged coved room upstairs -- and made major changes to four rooms in particular. They finished off the lowest level but left the ceiling joists and copper water pipes exposed, Pouliot said, to achieve a look reminiscent of many loft residences in Over-the-Rhine.

Using wood they believe came from the site's original house -- family deed records show it predated Eugene Schwoeppe's parents buying it from James N. Gamble for $220.51 in 1911 -- the remodelers trimmed the basement's glass-block window and sliding-glass door to the backyard. They also installed an electric fireplace and carpeted the room.

The industrial-looking basement's sliding door leads to the early-1900s hay barn out back and ties the two spaces together, Pouliot said. The barn stands as homage to the property's history, although he said several people have offered to tear it down and sell the salvaged wood.

The main level dining room, which had been used as a playroom for children, is far from what it used to be, as well. Two louvred glass windows on the east side were replaced. A sliding glass to a new, 18-foot by 15-foot wooden deck that hovers over the backyard at eye level to the barn replaced two more original windows at the north end of the room.

"The first time I walked into the kitchen and into here," Pouliot said while sitting at a dining table staged for open houses this month, "I thought, 'This window, this view. This needs to be the dining room.' "

Likewise, he and Eversole envisioned a brand new kitchen fit for avid party people. The design they settled on was European modern and involved installing Klearvue cabinetry from Menard's, a 36-inch gas range and glass tile back splash.

They coated the walls and others throughout the house with Behr's Silver Bullet paint and contrasted it with white trim. They moved the location of the refrigerator and brought in a double-wide Frigidaire model to be stocked to the gills for guests. Dark cabinetry surround the new fridge.

Pouliot says he loves the new kitchen and how it's part of a natural flow into the dining room and out to the deck, but he won't forget what is gone: double-stacked wall ovens with a working meat temperature probe and a built-in Majestic Chargrill that still had briquettes in it when they bought the house.

"The entire kitchen I gave away to a man in Troy, Ohio," Pouliot recalled. "He and his wife had lost everything in a fire."

The couple, who contacted Pouliot through Facebook, also took several sinks and vanities. Pouliot and Eversole sold an antique iron mantel in the first-level's master bedroom that they replaced with a corner gas fireplace and a wall stencil made by a friend.

Another significant change made to the house was the addition of double doors between the living room and master-bedroom wing.

"We were trying to orient the house so that people would use this bathroom," Pouilot said of the powder room, "and the bathroom on the second floor, not the one off the master bedroom."

Those who tour the Schwoeppe house won't see its bones, but Pouliot said they are amazingly solid, probably the handiwork of German carpenters who were known for their sturdy, precise and detailed craftsmanship. They even built in a laundry chute in two bathroom closets.

But up until Pouliot and Eversole remodeled it, the house had no air conditioning and an aging floorboard-level heating system. The latter has been replaced with a sleek-looking system that blends into the architecture, and the house features three separate cooling units that feed eight overhead wall units.

"I'd love to live here, but Frank would never go for it," said Pouliot, co-owner of one of Westwood's finest estate farmhouses called EP Manor. "It's a nice low-maintenance house."