Home Tour: This 'Swiss Chalet' in East Walnut Hills is changing owners for the first time in decades 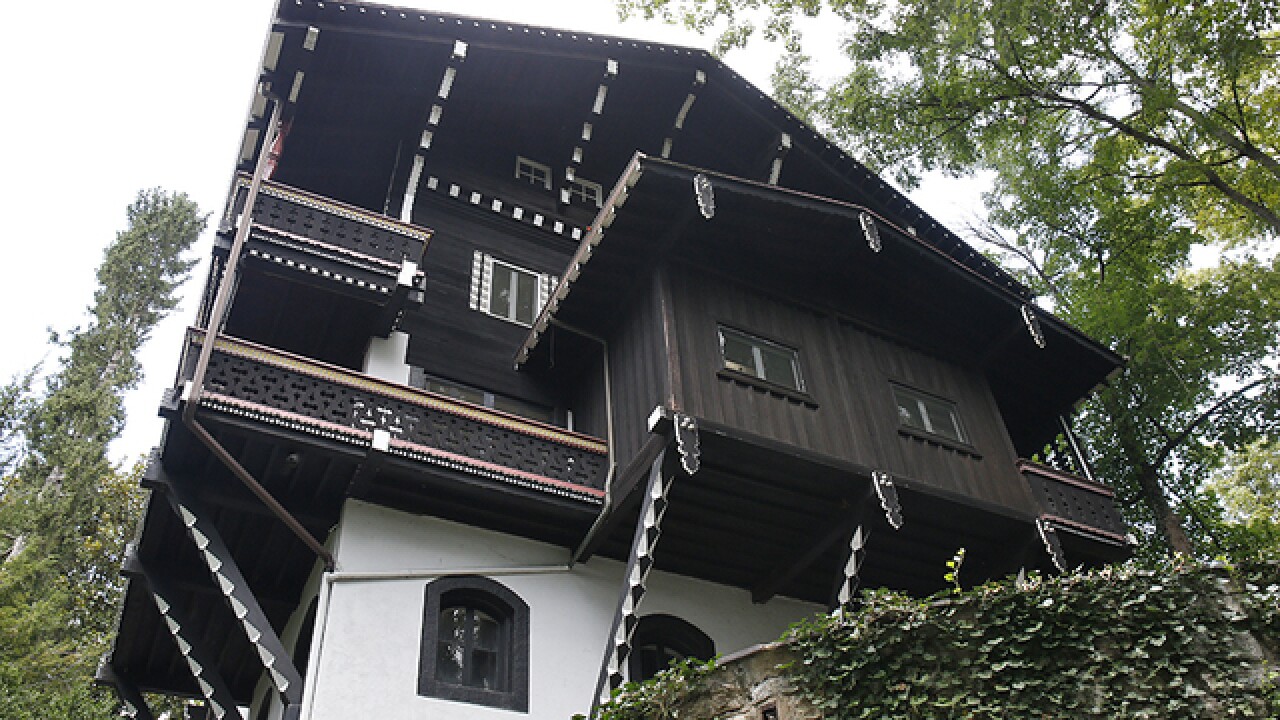 CINCINNATI -- It's been featured in books and even on the cover of Architectural Digest. People drive by with their friends to marvel at its patterned facade and large, overhanging eaves -- details that look like they belong on a home in the Alps rather than in East Walnut Hills.

Built on a stone foundation with thick timbers and 3,000 handmade pegs in place of nails on the upper floors, it "was built like a fortress," as it's described in "Great Houses of the Queen City" by Walter Langsam and Alice Weston.

Now, for the first time in nearly 60 years, the "Swiss Chalet" is for sale. It's listed at $549,000 by Robinson Sotheby's International Realty.

Local architect Lucien Plympton designed the house for Albert Day Fisher, a merchant and industrialist, and Alice Teasdale Fisher. The "Fisher House" was finished in 1892. Look closely and you'll see the date among the intricate decorations on the front of the home. ("You have to set up scaffolding to repaint the house," said Patty Williams, a realtor with Robinson Sotheby's who specializes in historic homes. "Blessedly so, the scaffolding stays with the house.")

The home's grandeur isn't limited to the exterior, however. After stepping through the Dutch door, visitors will take in the dark wood beams and striking curved banister and staircase in the living room, details that show the craftsmanship involved in the home's design.

"Doing woodwork on a curve is three times the effort and time," Williams said. She should know: She and her husband own Wooden Nickel, which he started 42 years ago. She came on board about 10 years later.

There are three bedrooms, one of which has a fireplace and walks out to a second-floor balcony. There are also decks off the kitchen, with wood paneling that attests to its 1970s renovation and shelves with heart details that echo the folk style of the facade, and the living room.

With more than 4,400 square feet, the house has plenty of space. It's built going down a hill and is technically five levels if you count the basement and the former horse stable underneath it. Today, the former stable door opens to a patio around a swimming pool. Behind it, the land slopes down in such a way that you can almost imagine the terraced gardens that may once have been there -- and perhaps could be again.

That will be up to the new owners. It's probably no surprise that the sale is pending: As soon as the house went on the market, the listing started showing up all over social media.

"It was just blowing up," Williams said. "Once it went into the MLS, within an hour it went everywhere.

"It's just so unique," she said. "You don't see these houses every day, and it's somewhat famous locally. Lots of people know about it.

"It was very ahead of its time, and a very interesting style of architecture."