Home Tour: This Columbia Tusculum beauty is one stop on the upcoming 'Tour of Kitchens' 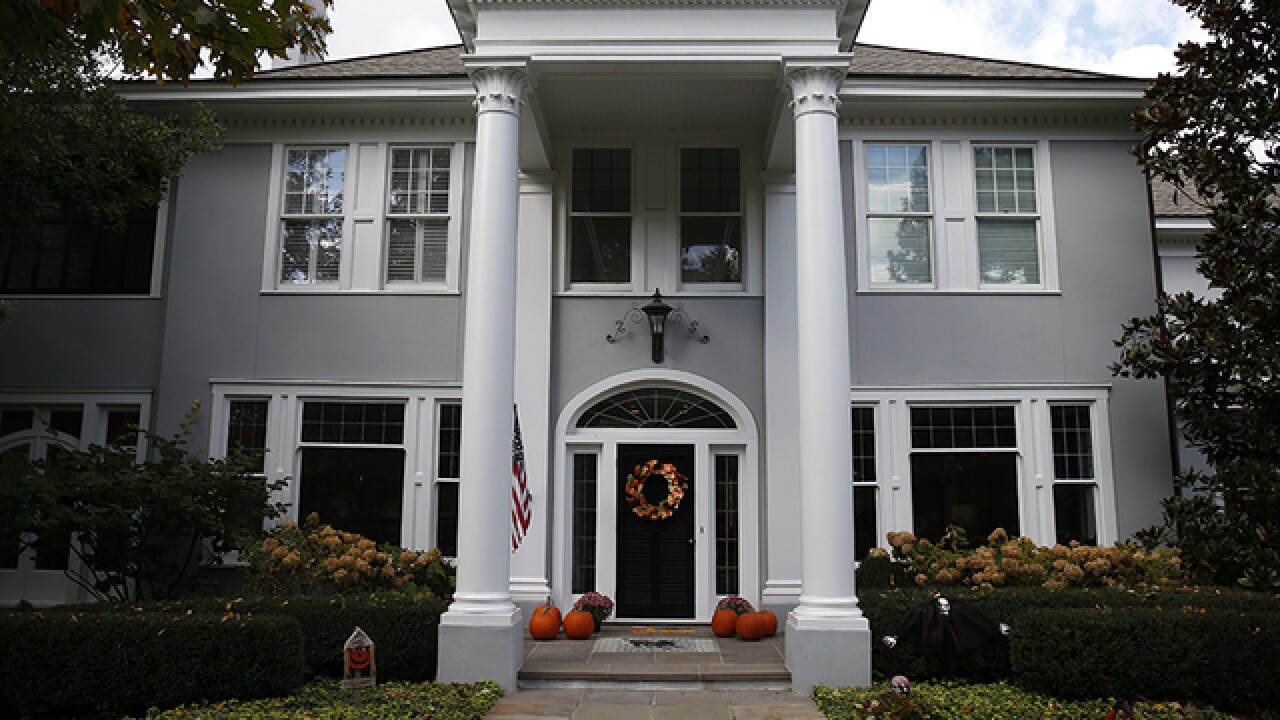 CINCINNATI -- When you sell homes for a living, you know a special one when you see it.

Holly and Rick Finn, the namesakes of the Coldwell Banker West Shell Finn Team, weren't planning on moving from their Hyde Park home. But when they came across a three-story, 1920 house that had undergone tasteful renovations and additions over the years, sitting on a large lot in Columbia Tusculum, they knew it was too good to pass up.

In their line of work, they also know potential when they see it.

When they bought the home last year, Holly envisioned how opening up a wall between the entry and kitchen would improve the home's flow and better connect the original front part of the house with the light-filled addition on the back.

Not only did they take out the wall, they also gave the kitchen itself a full makeover. The new, gleaming white space, complete with a 12-foot island and a wet bar, has been featured in the Frontgate catalog (as has the home's pool and its beautiful, high-ceilinged front porch).

And now, it will be one of 14 homes (plus an additional location) on the Junior League of Cincinnati's (JLC) eighth annual Tour of Kitchens fundraiser this Saturday, Nov. 3.

The tour includes stops in Hyde Park, Mount Lookout and the surrounding area. Featured homes will open their kitchens not only to tour goers, but also to local chefs and caterers, who will serve up light bites. Sorrento's in Norwood, for example, will be on hand at the Finn home.

While the couple's kitchen is certainly a draw, tour goers might be just as captivated by the Finns' favorite feature.

"The coolest thing about the house, we think, is the view out back," Rick said.

Big windows make it easy to take in that view, which includes the pool and 1.8 acres of yard.

"It's so hard to find that much land in the city," Holly said. "With some of it being wooded, you have so much privacy."

All of that made it a good fit for the couple's three children and current foster child.

"The setting was kind of the hook with the age that the kids are," Rick said. "The pool was a big part of it."

The pool is just one of many improvements that were made before the Finns came along. Previous owners added it, as well as the addition on the back of the house, during the 1980s. In the 1990s, then-owners converted the garage into an accessible suite for an older relative. That space now serves as the Finns' guest suite.

But even with all those changes, the home still has many original features, including its molding and banister. Rookwood tile on the floor and leaded-glass windows give character to the sunroom, used as an "art room" for the kids.

Aside from the setting, the couple also likes the home's location, including its easy access to Downtown, and that its flow lends itself to entertaining.

Unlike their previous home, the house also has formal living and dining rooms. That meant the couple had to get new furniture and art to fill those spaces.

"Our style is very clean lines; neutral with pops of color," Holly said. The colorful painting she bought at the recent Hyde Park Art Show, which fit perfectly in the living room, is a good example of the latter.

Because they do see so many great homes, the West Side natives have moved five times during their 15 years of marriage. But that might change with this move. Holly already pictures being in the house long enough for their kids to bring their own families to visit them there.

"We're many years away from grandkids, but I'm thinking about it in my head," she said.

"We're always moving. But this time, I think it's the long haul."

What: Junior League of Cincinnati Tour of Kitchens

Where: Attendees must pick up a wristband at Fueled Collective, 3825 Edwards Road #103. A map of homes will be provided at registration.

Tickets: $35 in advance; $40 day of tour (pending ticket availability). Patron Tickets, $100, include admission to the post-event "Toast of the Tour" cocktail reception at Fueled Collective.