Home Tour: This $924,900 house in Columbia Tusculum was the ultimate mother-in-law house 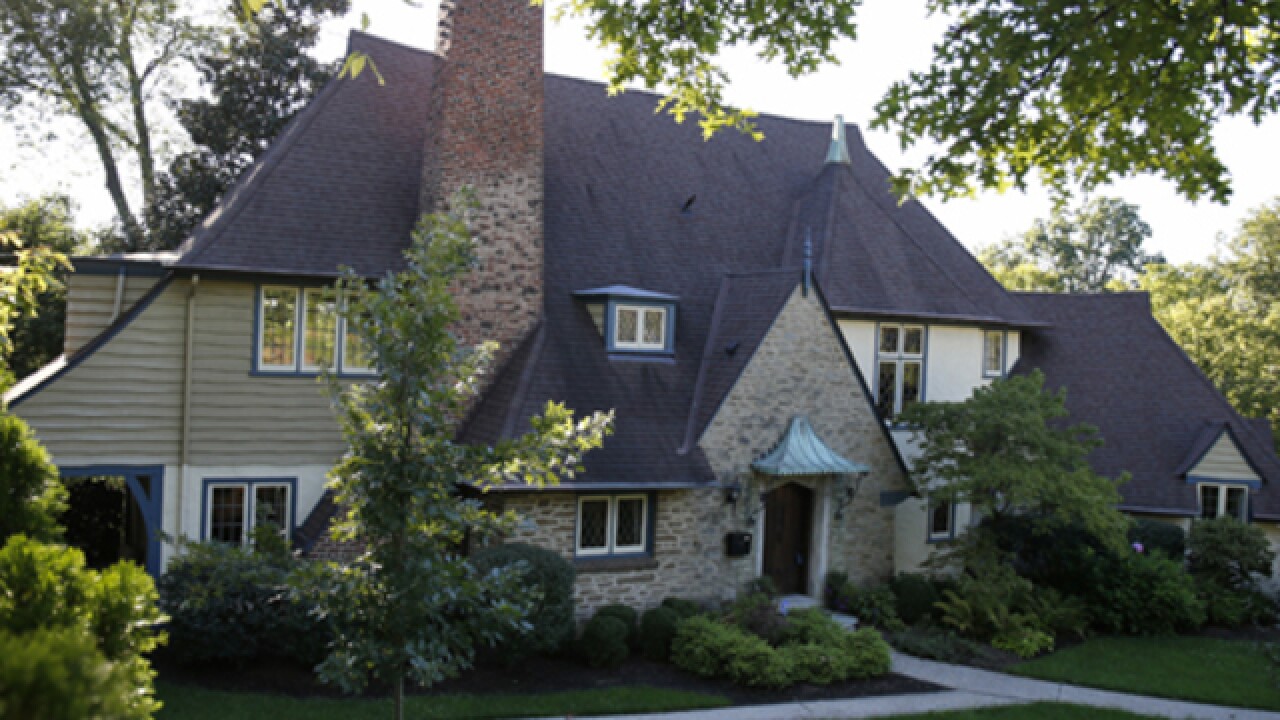 CINCINNATI -- Cincinnati newcomers Arla and Daniel Hammer have lived in their French Eclectic house in Columbia Tusculum for just 18 months, hardly long enough to use it in the way it was intended when dry goods store executive Leonard Minster hired renowned architect John Henri Heekin to design it.

Minster, who lived with his wife, Dorothy, and their son and daughter in a house a little up and across Vineyard Place, had the 1927 home built for his mother-in-law, Setty Kuhn, a widow who was extremely active in Cincinnati’s small German-Jewish society and in championing liberal causes.

She would have needed a place to pull her political and philanthropic teams together, to organize and entertain at the same time. The 4,647-square-foot house, with its spacious dining and living rooms and covered side porch, provided the perfect place for Kuhn to do just that for 25 years. The house and its hilly yard, however, haven't been an equal match for the Hammers. They've purchased a converted church in Newport that has no yard and have put the Kuhn House up for sale at $924,900.

The house has been reconfigured over the years to provide what the HGTV generation requires: new heating and cooling systems and interior, sliding storm windows; an expanded, modern kitchen and breakfast nook (17 square feet); an adjacent family room and full bathroom where servant's quarters once were located; a finished 40-by-18-foot carpeted, walk-out lower level with wet bar; a master-bedroom suite with a large walk-in closet and double-vanity bathroom and slate-lined shower stall; a second-floor laundry room and a vaulted, partially open third-floor terrace that provides a Cincinnati skyline view and a peak at the Ohio River in the winter.

The changes to the three-bedroom, four full- and two half-bathroom house have made it a better place to play host than it was when Kuhn entertained her colleagues and friends, possibly among them her across-the-street neighbor, grocery store magnate Barney Kroger and his wife, Alice.

Guests approach the house on a curved walkway that leads down from Vineyard Place. The wide house on the slope looks as it did when built: steep, flared roof; leaded casement windows; massive brick chimney; and an English Tudor, iron-strapped front door with a small painted-glass window that features the image of an armed jouster and his steed.

The 27-by-10-foot entry hall is like an intersection of four roads. It opens to the living room on the left, the dining room straight ahead and the staircase and hall to a step-down powder room and kitchen on the right.

Nine-foot ceilings give the entertainment space an open feeling, and the many leaded-glass windows and French doors, most facing southwest, splash the original oak floors in the 19-by-15-foot living room and the 19-by-17-foot dining room with sunlight. Wide French doors between the rooms and a four-window bay with centered French door keep the light and air moving, as do the eight first-floor doors that lead outside.

Arla Hammer said she remembers well how the home made her feel the first time she saw it.

"We looked and looked and looked -- it seemed like 100 places," the native Californian said of their home search in the winter of 2014-15. "We walked in, and it had this feeling of warmth. It exuded a positive air. Whoever lived here before left the right vibe behind. The energy was really good here."

Luckily, she said, previous owners had enlarged the kitchen by a third in 2005 and upgraded its floors (offset tile), high-end appliances (stainless-steel), cabinets (cherry) and countertops (beige and brown speckled granite).

The Hammers appreciated all the home’s original radiators (they work in a pinch), wood trim, plaster molding and brushed flagstone and marble fireplaces, and they went about remodeling with a light hand. Using materials that blend with the house’s original architectural details, Arla remade the full bathroom on the first floor, added built-in cabinets, cubbies, shelves and four clothing racks to the master-suite closet and redid the guest bathroom on the second floor.

A unique aspect of the house is its third-floor, three-season terrace, which most likely was attic space in Setty Kuhn's day. The room features a bead-board ceiling with exposed wooden beams set a foot apart. A previous owner cut out a section of the slanted roof, opening it up to a treetop view and the hills of Northern Kentucky in the distance.

Setty Swarts Kuhn (1868-1952) was born in Westwood and graduated from Hughes High School in 1886. Seven years later, she married wealthy second-generation Cincinnati banker Simon Kuhn, and they had four children.

The Kuhns lived in a large house on Washington Avenue in Avondale that was designed by architects Rudolph Tietig and William Lee. Kuhn’s bank, Kuhn & Son's, at Fourth and Walnut streets (now the Renaissance Hotel) was the last private bank in Cincinnati when he sold it to Fifth Third National Bank in 1910.

Setty and Simon’s second child, Dorothy, married John Leonard Minster, the grandson of George Rollman, who founded one of Cincinnati’s first and longest-running department stores in 1867.

The Kuhns, particularly Setty, were deeply involved in their circle of elite American-Jewish liberal activists, according to the American Israelite, which was published weekly in Cincinnati. Setty help establish the Losantiville Country Club at a time when Jews were restricted from other clubs.

She also played a major role in the city’s first community gardens, University School, the Woman’s City Club, the Cincinnati Peace League, the Foreign Policy Association, the Cincinnati Chamber Music Society and the Better Housing League. For her work in founding the Greater Cincinnati Housing Authority, the 64-unit Walnut Hills housing project it built in 1959 was named, and still is named, Setty Kuhn Terrace

Setty’s husband died in 1919 at age 62, leaving her to care for her three surviving children, who ranged in age from 14 to 24. The kids grew up and moved out, but Dorothy and her husband moved Setty in next door on Vineyard Place in 1927. She remained active the rest of her life, making at least 10 voyages to Europe, and advocating on local, state and national levels for peace, disarmament and legislation that addressed the decay of inner cities and its impact on underprivileged people.