Was it part of the Underground Railroad? 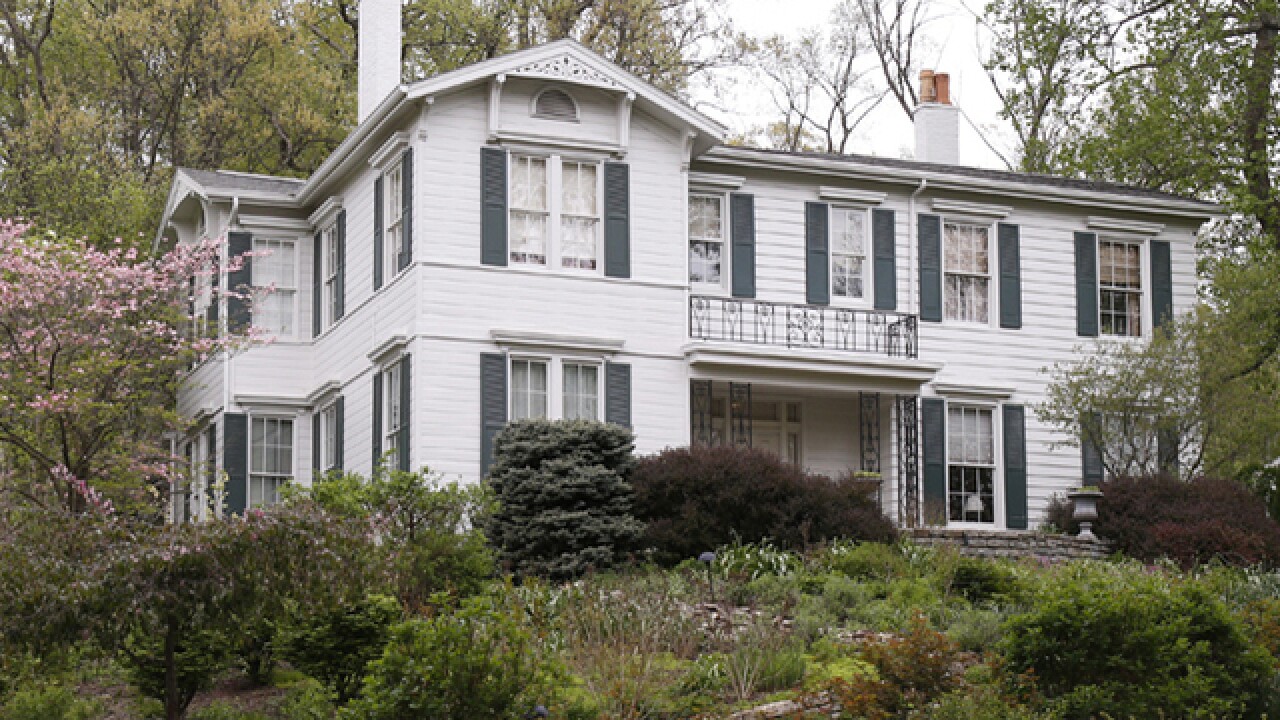 CINCINNATI -- Mu and Robin Sinclaire acquired a lot of lore when they bought their 1858 East Walnut Hills house in 1987. Some of it is definitely true, but some is probably false.

The 5,028-square-foot house on a hill was supposedly designed for a riverboat captain by a young Englishman named Samuel Hannaford, who went on to design Music Hall, City Hall and dozens of grand buildings and residences as the top architect of Cincinnati's Golden Age (1850-1900).

The old house, which appropriately is located at 1858 Taft Road, was also said to be part of the Underground Railroad, supposedly harboring runaway slaves from the South in a basement hideaway.

The former is half true. Hannaford, along with his early partner, Edwin Anderson, did design the house, according to Cincinnati architectural historian Walter E. Langsam. It is a "rustic" example of "mid-century Gothic Revival transitioning to High Victorian Gothic," according to Langsam. And it looks little like Hannaford's more famous creations, having had its original brick facade covered in white clapboards years ago.

The house once had a rooftop widow's walk with a view of the Ohio River. It was destroyed by an early fire, but the lookout's existence indicates the house could have been a riverman's. Historical records, however, show that its first occupants were the family of teacher, farmer and land speculator Charles Edward Matthews (1826-1870s), whose father was a Woodward College administrator and Miami University math professor and whose brothers were a U.S. Supreme Court assistant justice, a common pleas court judge, a prominent lawyer and a one-term auditor of Hamilton County.

Sinclaire has found no proof that their house was a stop on the Underground Railroad, despite the legend that concrete blocks in the basement hide a tunnel used by escaped slaves.

"We used to have junior high kids come in to take pictures of it," Sinclaire said. "I'd tell them 'Go ahead, but it's probably not true.'"

Sinclaire will pass on these stories, both true and dubious, to whoever buys his and Robin's house. The 5-bedroom, 5½-bathroom house, with a carriage-house apartment, a gated swimming pool and pool house and hiking trails on an arboretum-like 3 acres, was to go on the market this week at an asking price of $1.725 million.

"This has been a great venue to raise a family," said Sinclaire, whose three daughters -- Leila, Cristina and Elizabeth -- are grown and whose wife spends most of the year at their second home in La Jolla, California. "It has been a major party house. Our middle daughter, Cristina, was a major partier. I still meet young gentlemen who say 'I've been to your house a lot of times. Your daughter is Cristina, right?'"

And because of the investment broker's long-term involvement in local arts and civic projects, such as the restoration of Music Hall and Union Terminal, Sinclaire has had the opportunity to host many a dignitary, including U.S. senators Rob Portman and Robert Kennedy II, as well as visiting musicians and artists, some of whom have stayed in the carriage house for weeks at a time.

"People ask me, 'Who's the next buyer?'" Sinclaire said. "The potential buyer to me is a replica of my family. … I want to move Downtown, though I love this property. When I'm walking around it I sometimes ask myself, 'Why am I selling this place?'"

The New Jersey native and Princeton University graduate said he understands it will take a special person to undertake ownership of such an expansive property.

"I don't know if it will take two days or two years to sell the property. I'm not in a hurry," he said.

The Sinclaires bought the house from Robin's father, Bob Orton. She had grown up in the house, and they had married there in 1977 on the tennis court where the swimming pool is today. It was a big leap to move to Cincinnati from rural Kentucky, where they had established a commune-like education center.

Sinclaire knew they were purchasing a project house -- it had no air conditioning and was "a little bit of a mess," he said -- but he welcomed living in his wife's hometown.

Yet the artistic Robin jumped in and made a huge impact on the property as its chief landscaper. With the help of a crew of landscapers, she turned the grounds into a mini-arboretum, featuring hundreds of different species of trees, shrubs and perennials. Some areas are sculpted and others are free-form, reflecting their later years as city folks and their earlier days as rural hippies.

"The property didn't look like this at all in the beginning," Sinclaire said.

Changes made in the bar room at the back of the house were particularly dramatic. The room, which Sinclaire believes was not original to the house but whose attached covered patio and door serve as the main entrance to the house, features quarter-sawn oak paneling and hand-carved grapevine molding. The molding had been painted black years ago, making its intricate details almost invisible.

"One guy with a toothbrush," Sinclaire said, spent 400 hours stripping the molding down to its original rich-brown finish. "Legend has it that all this wood and molding came out of a men's club downtown," he said. The Sinclaires replaced a set of windows in the room with a single-pane picture window that faces the woods out back.

They also upgraded the central kitchen space as well. Brick-colored concrete kitchen countertops were crafted by the former owners of the Speckled Bird Cafe in Norwood, Jonathan and Jill Hicks. The custom design features onyx and hardwood elements as well as recessed dioramas and a painted backsplash with, appropriately, an image of a robin.

It was all designed with Robin Sinclaire in mind, her husband said, as she was the family cook as well as an artist whose media have ranged from pottery and painting to weaving and jewelry making.

The kitchen is flanked by a breakfast nook and a vaulted sunroom that leads to a patio with a stone fireplace, to the side yard with a children's playhouse named "Whimsy," and finally to the fully equipped, one-bedroom apartment in the carriage house.

Much of the rest of the house retains its 19th-century feel with original wood floors and trim and 10-foot, 11-inch-high ceilings.

A white-spindled staircase with decorative molding on its side branches off the entry hall and leads to the second floor, where there are four large family bedrooms and a servant's bedroom and bath. One bedroom has a fireplace and another features a west-facing nook room.

The master suite offers a sliver of a view of the Ohio River through large, south-facing windows. Its floor-to-ceiling tiled bathroom was created by Ryan Remodeling 15 years ago.

The yard, the house and the memories, Sinclaire said, will be hard to leave behind, and he is grateful for everyone who contributed to them.