Home Tour: They weren't looking for a project -- until they saw this E. Walnut Hills 1885 Victorian

That was 11 years ago; now it's time to downsize 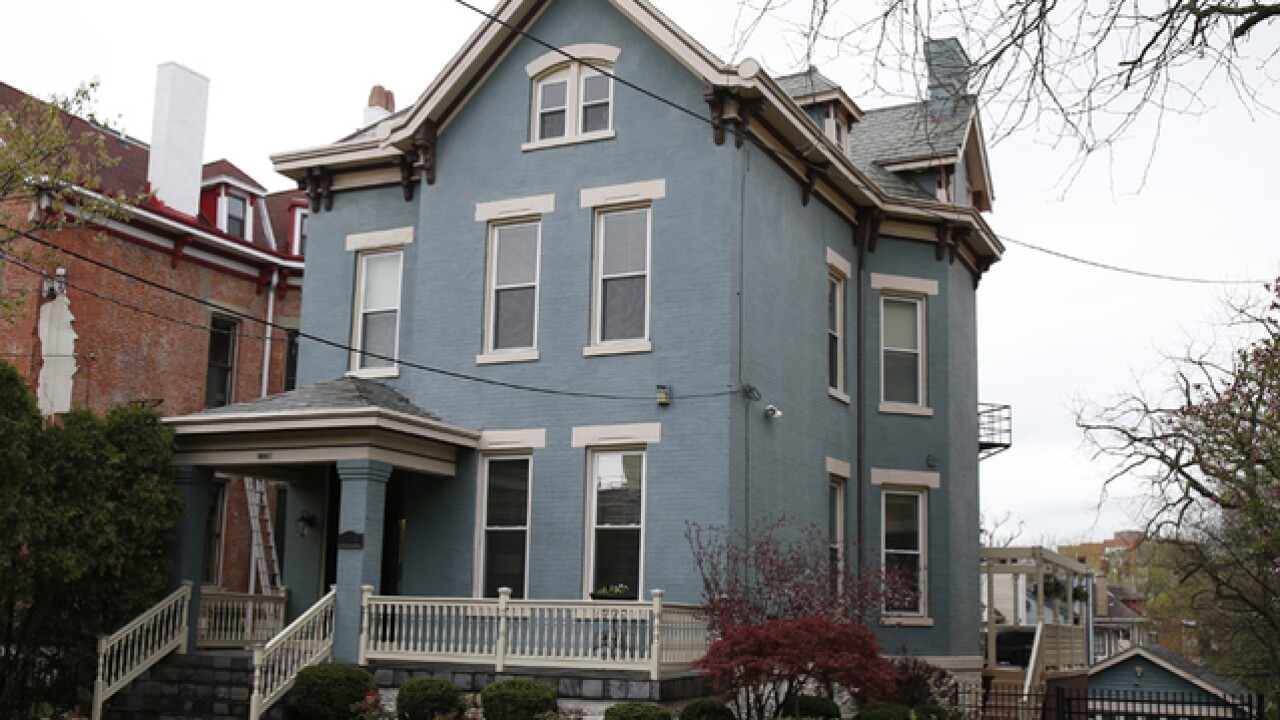 CINCINNATI -- Jerry and Karen Kranak weren't looking for another project; they had already built two houses. What they wanted was to live in a nice neighborhood a lot closer to Cincinnati than their previous residences in Batavia and Symmes townships. So they moved their house hunting into the city.

"Karen worked downtown, and the drive in kept getting worse and worse," Jerry explained. "The kids were gone, so we started looking and said, 'OK, let's look at Hyde Park.' Everything was, I would say, more than what we wanted to spend for what we got."

They turned to East Walnut Hills as an alternative and were very serious about buying a house in the Uplands Historic District "until we looked into its electrical box," Jerry said.

They noticed another house on Upland Place. A recent fire had nearly led to it being condemned, but by the time the Kranaks spied the 1885 brick Victorian, restoration was well under way. Boards covered the front door, but renovations were about 70 percent complete and they looked "pretty decent," Jerry said. In May 2005, the house became theirs, and after adding some personal touches to the last 30 percent of the job, the couple moved in that October.

Fast forward 11½ years and at least one of the Kranaks is ready to sell their house. That would be Jerry, a nationwide sales consultant who has to climb three flights of stairs to work in his home office.

The 2½-story, 5-bedroom, 4½-bathroom house with a gated yard, detached three-car garage and 300-square-foot patio is on the market for $649,000. When the Kranaks depart to downsized digs, they leave behind many personal memories and a classic yet modern style of life.

The first phase of renovations they completed might have been enough for most couples, but the work didn't end for the Kranaks in 2005. Spurred by the opportunity to be on the Cincinnati Preservation Association's 2006 tour of historical homes in their neighborhood, the Kranaks refocused on bringing back architectural details that had been damaged by the fire and quick-coated during the early renovation.

They painstakingly stripped and refinished the living room fireplace and the staircase, revealing the richness and tight grain of 19th-century wood railing and newel post. Working with the late Doug Crane, they repainted and re-plastered and, in the process, discovered original trim on the ceiling around the staircase.

Jerry modestly described his role as being a quality and style control officer, but Karen -- whose job it was to scrub and pick away decades of paint, using steel wool, sand paper and dentil-like tools -- has a different take on the work they accomplished.

"I like DIY stuff, and he's very handy, but he won't say it, because he doesn't want to do anything anymore," Karen said with a laugh. "He can pick up any tool and get it done.

"I love this house. If it were up to me, we wouldn't be moving," Karen said.

"If we were younger, I wouldn't be moving," Jerry responded.

Visitors to 2338 Upland Place climb white balustraded steps and enter the house through a classic, solid-wood Victorian door that features a beveled and leaded glass transom and sidelight. They restored the original staircase -- now carpeted, as are upstairs bedrooms -- to the left in the 8-by-20-foot foyer. To the right is the living room and the carved-wood mantel Karen revived.

Beyond that is the dining room, which became Phase 2 of the Kranaks' renovation effort in 2010 as they prepared to host the wedding rehearsal dinner of one of their two daughters.

The Kranaks brought their classic style into the kitchen and gave it a modern twist in the form of a new backsplash that features contemporary art tile accents. They installed pot lights, twin fans with track-style lights over the 9-by-4-foot island, dark wood cabinets and stainless-steel appliances.

Another impactful change they made in the kitchen was to cut a wide opening in the wall between it and the dining room and run countertops below where a desk had been. As a result, the kitchen has about enough counter space for a catering company.

Upstairs in what used to be two bedrooms is a large suite for guests. Karen, who played the role of interior decorator throughout the house, picked a white and light-blue palette for the room's walls, which she carried out in the bedding. A corner window bench is deep enough to sleep two children and flips open for storage.

Between the suites in the hallway is a convenient, modern laundry room.

The 19-by-15-foot master at the front of the house is "just beige," Karen said, though a real estate agent might call it light sand. She said she wanted a calming, beachy atmosphere, which is why most of the furniture is blond wood. The master bathroom features a built-in double vanity, towering wood cabinets and travertine tile that extends into the shower and around the frame of the Kranaks' step-up soaking tub.

And, oh, what a tub it is. The thing holds 120 gallons, Jerry said, and required them to install a 150-gallon hot water tank. The tub isn't used every day, but when Karen fills it up, the payoff, she said, is worth it.

"After I garden, I like to get in there because it soothes my muscles and relaxes me," she said.

Having such a huge supply of hot water, Jerry said, is crucial when their children and grandchildren visit.

"Everybody takes showers, and you never run out of hot water," he said.

The home's third floor features two large, carpeted bedrooms with slanted walls that create cubby spaces, an office for Jerry that looks out over the street, and a spacious bathroom with a bath and shower. Yet another set of stairs leads up to a rooftop widow's walk.

Although 2338 Upland Place is called the W.A. Simpkinson House, our research points to carpenter/builder Joseph W. Cotteral as its likely initial owner. Cotteral and his family lived on McMillan Street -- which intersects Upland Place a block from 2338 -- in 1880, but no other ancestry.com entries list Cotteral's address as being in East Walnut Hills after that.

The Hamilton County Recorder's Office helped us learn that creditors placed a lien on Cotteral. His address was listed as 2338 Upland Place. The Recorder's staff also shared the story of the brutal murder of Oliver F. Bailey, who was living in the house at the time. Young Bailey's body, according to local newspaper accounts, was found at the city water works. Police matched the shoes on the body to Bailey. A suspect was apprehended in Alabama, where police discovered Bailey's stolen car.

William Alfred Simpkinson -- who co-owned a photography supply shop in downtown Cincinnati with Edward Miller -- and his wife, Carrie, lived in the East Walnut Hills area for decades, mostly close to Upland on Park Avenue and Cross Lane, according to the U.S. Census and city directories. But we could find only one resource, the 1899 Williams Directory, that lists Simpkinson at a 2338 address. That was on Highland Avenue, which later was changed to Upland Place to avoid confusion with the Highland Avenue in Corryville and Mount Auburn.