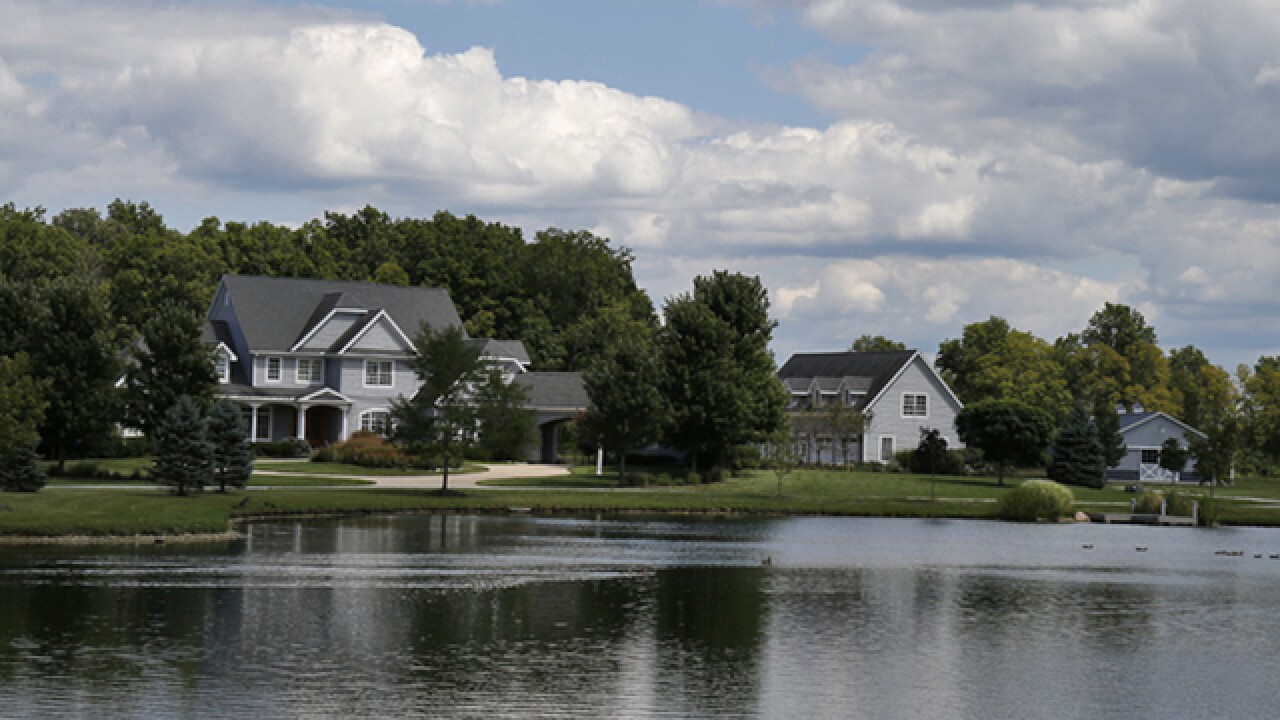 WAYNESVILLE, Ohio -- What kind of Warren County estate can you buy for $2.7 million? Read on.

Terry and Debbie Laber are selling their dream property and moving to Charleston, South Carolina, but before they do, they proudly led us on a tour of the former farmland they turned into a country lifestyle oasis like no other we've seen.

The Labers, who met at Bishop Fenwick High School in Middletown and married in 1974, have been tied to Southwest Ohio their whole lives, although Terry's work as an IT executive with companies such as LexisNexis and AOL has required him to live elsewhere at times.

Fourteen years ago, with three sons out of the house and two attending Fenwick, the Labers sought out a piece of land on which to build. Eventually, they discovered an attractive spread near a private airport northeast of Lebanon. They liked the central location -- they can drive to three international airports in an hour or so -- and the options the land offered.

"It was basically flat farmland with an abandoned house up front near the road," Terry said. "It was owned by seven siblings."

The owners, he said, were pleased that the Labers' plan was to develop it into a family estate, with a sprawling complex for them and a country house next door for Debbie's sister.

Today, that land includes just about everything that anyone -- especially a horse lover -- could ask for in a country estate. In addition to a three-stable barn, there's a three-acre, stocked-and-docked lake that fronts the complex's three buildings. It is 16 feet deep in the middle and shaped to maximize views from the long gravel driveway and house.

"Terry and I literally took a piece of paper and drew loops until we got a shape that looked good," Debbie said.

The tons of soil excavated by Jim Clark & Sons of Lebanon to make the lake was used to create the many mounds in the landscaping around the house and lake that was designed by Debbie, whose father was a florist in Germantown, Ohio. Shale from the excavation was crushed and used to top the driveway.

The house, whose design Debbie also masterminded, has 10,000 square feet of living space that includes five bedrooms, six full bathrooms, three half bathrooms and a full basement divided into four major spaces: a full bar with pool and table and a fireplace; an arcade room with games such as a 1980 Pac-Man and midway-style mini-basketball hoop; a theater with 10 lounge seats; a living room-sized gym; and a locker room with spa shower and stairs that lead to the resort-like swimming pool out back.

Then there's the horse barn. Located beyond a four-car garage with upstairs living space, it features three stables, a heated tack room, a washroom, a hayloft and a separate workshop. The equestrian space is in pristine condition, since the Labers never got around to using it much in the years since 18 months of construction culminated with occupancy in November 2005.

"We never had horses in it," Debbie said.

"Just a cat," Terry countered. Named Bob, "he runs that barn. When I go out there, he's always sitting right there on my tractor."

The Utica Road house isn't the first the Labers have built nor is it the largest they've lived in. Still, it's so big, we're going to highlight the ground level.

Open-floor plans and single-floor living were becoming popular in residential construction when the Labers partnered with Dayton-based builder Dan DeVol in 2004. The Labers' plan was to achieve both with a ground-level master suite and reading room and numerous tall windows, strategic pocket doors, vaulted ceilings and wide openings between rooms.

All ceilings in the above-ground floors are 10 feet high, and the wood flooring is maple, as are custom cabinets and furniture throughout made by Benners Woodworking of Lebanon.

Just to the left of the entry hall through one of the many arched openings Debbie selected to feature in the house is the living room. It's a simple space with no fireplace that is set up to take full advantage of the lake view. It leads to a central hall that extends from the master suite -- its bathroom could host three games of Twister at once -- across the width of the house, past the box-beamed library, the swirling staircase and the double-island kitchen to a powder room.

One continuous L-shaped room that surrounds the gourmet kitchen in the back right corner of the home is its showcase. Four cherrywood trusses span the 16-foot-high vaulted ceiling of the lounge area. Centered on its south wall and stretching from floor to ceiling is a stone-facade gas fireplace. Built-in cherry cabinets flank the raised hearth.

To the left of the vaulted room is a large breakfast nook with a round table that seats nine. French doors off this room lead to a patio that has become home for the Labers' pack of Dachshunds. It features its own heating and cooling system, and the backyard it opens onto is fenced in from the pool.

The other part of the L-shaped space is a sitting room with several 8-foot-high windows that bring in tons of sunlight from the south.

Also downstairs across the entry hall from the living room is a dining room. Like many of the main rooms, it has a fireplace and a clear view to the outside, but vertically striped gold and maroon wallpaper gives it a flair not found elsewhere on the ground level. The maroon, however, is picked up on the walls of the butler's pantry between the long hall and the dining area.

With kids in mind

The Laber family has grown to include eight grandchildren, and Terry and Debbie have plans to create a similar paradise for them in South Carolina. In the eight years they have been empty-nesters, the couple has -- of course -- hosted many a fishing tournament as well as parties around their 100,000-gallon, 11-foot-deep swimming pool and in their total-entertainment basement.

"We've had 50 people here for Christmas," Terry said. "It's a great house for that. All the kids go to the basement, and we can't hear them up here."

They've also roasted many a marshmallow and told a ton of ghost stories to the kids around the fire pit and played many a game of hide-and-seek in the house. Those usually take Terry to the basement locker room's three dressing stalls when he's the seeker.

"I always find a granddaughter in one of those," he said.

The Labers created a cool place for kids, but it's adult friendly as well. Every room, even the front powder room, provides a view of nature: cranes fishing on the lake; deer coming to a window; blinking lightning bugs, and yellow finches pecking at coneflowers. Even the pool, with its molded edges, beach-like entry slope and multiple underwater benches -- one is beneath the waterfall -- is set up for people of all ages to enjoy.