Home Tour: The best feature of this 19th-century Covington carriage house just might be its shower 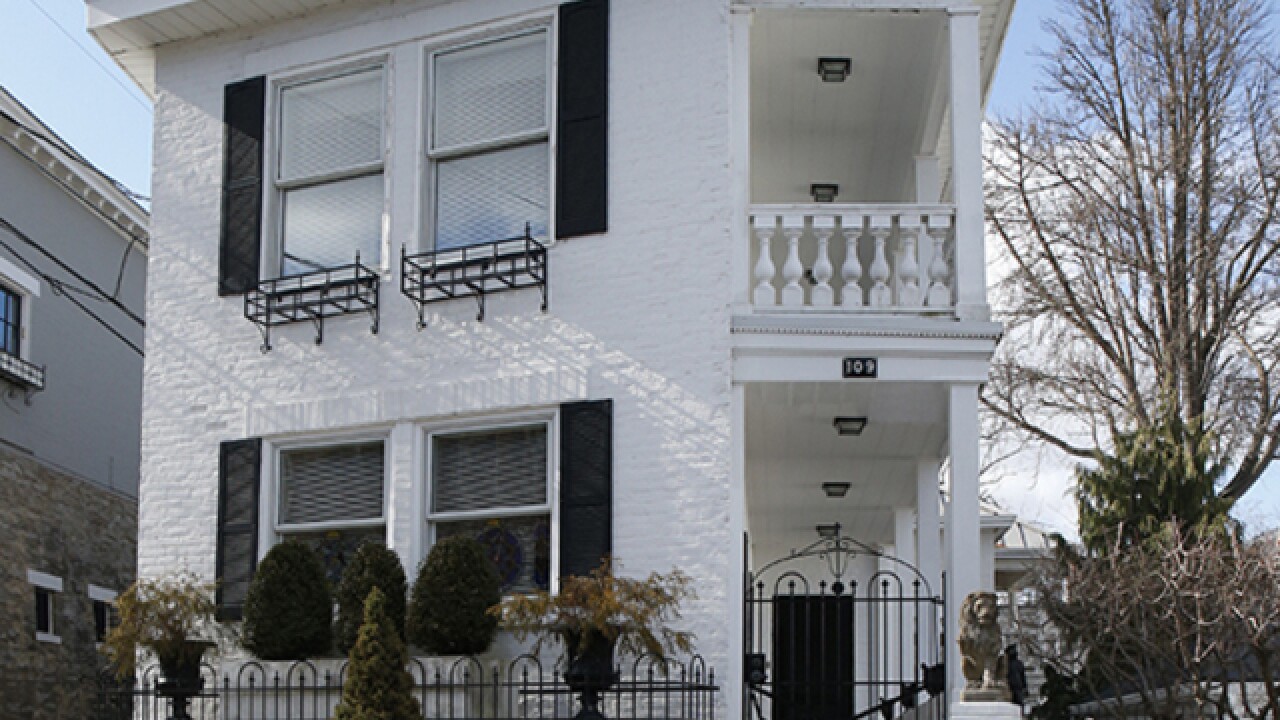 Copyright 2018 Scripps Media, Inc. All rights reserved. This material may not be published, broadcast, rewritten, or redistributed.
Gary Landers | WCPO contributor
<p>The Covington home of David Klingshirn is on the market for $775,000.</p>

COVINGTON, Ky. -- David Klingshirn has lived in Covington at the confluence of the Ohio and Licking rivers -- a historical location he calls The Pointe -- since 1986: for nine years in the "big house" on Riverside Drive and for the past 23 in the two-bedroom carriage house behind it on Shelby Lane.

The white brick buildings with classic balconies and black-shuttered windows have been good neighbors for more than 165 years, sharing courtyards, parking port and views of the Cincinnati riverfront and Southgate and Purple People bridges.

But now, the former owner of Tischbein Pharmacy and founder of the American Classical Music Hall of Fame, is prepared to pass stewardship of his carriage house to a new owner. The 2-bedroom, 2 1/2-bathroom home with a single-car garage is on the market at $775,000.

The next steward will move into a place whose interior Klingshirn changed a lot starting in 2000. The living room is now the kitchen and the old second-floor master is a guest room with a river view. A mostly open staircase between the living and dining room has Old World appeal since Klingshirn had it rebuilt and decorated by Stewart Iron Works around three decorative bronze panels that Wooden Nickel Antiques salvaged from a jewelry store in Indianapolis.

To make it "his place," Klingshirn hired architect Jack Gore to reconfigure both levels of the home that a previous owner tripled in size in the 1950s. Klingshirn moved walls and created a new master suite that features sky blue accent walls and white trim, a door to a balcony, courtyard and skyline views from the bed and a walk-in dressing room with modern built-ins. There's more dressing room storage in a hand-carved, antique barber shop cabinet made by R. Rothschild & Sons Manufacturers of Cincinnati.

It's a perfect space for one or two people, but Klingshirn said the best part of the suite is its shower -- a glassed-in affair with green, marbled tile and rain shower head. And, it's pretty big for a small home.

"My favorite place in the house is my shower," Klingshirn said. "You can play bridge in there because it can hold four people."

Another favorite space is the east-facing bedroom that Klingshirn had vaulted. He put in an antique marble fireplace surround and raised hearth, as well. Easy chairs in the corner provide the perfect place to read or daydream while watching the river roll by, he said.

"There's a psychological effect of running water and living on the river," Klingshirn said. "I walk over the (Roebling) bridge to the river every day and meditate on the swings at Smale Park."

A third favorite space -- also a surprising one -- is the carriage house's basement. Guests have to navigate a narrow staircase with alternating steps to get there, but at the bottom there's a carpeted room with whitewashed, original stone walls and stable arches as well as a laundry nook and full bathroom. There's also a door to the garage.

Although he lives alone, Klingshirn said, he has a very large family with about 50 children who love to hang out in the basement and use the garage door to get outside.

"They can go in and out when they want, and there's a full bathroom there. I never see them," Klingshirn said.

The Dayton native and University of Cincinnati graduate said he's not sad to leave Covington because he still has what's most important to him: his health. He'll have left his mark on the old carriage house and likely will leave some of his belongings behind, such as the barber's cabinet, statues atop his garage, window treatments and a large tapestry featuring Asian dragons that hangs from a rod attached to a hallway wall.

He plans to find a new place with a river view, perhaps one that includes The Pointe. He leaves behind a one-of-a-kind property that he has appreciated for 32 years.

"Where else can you go other than this neighborhood, where there are two rivers at the end of a street and almost no traffic?" he said.