Home Tour: Renovating a pre-Civil War home in Newport was a marriage of old and new 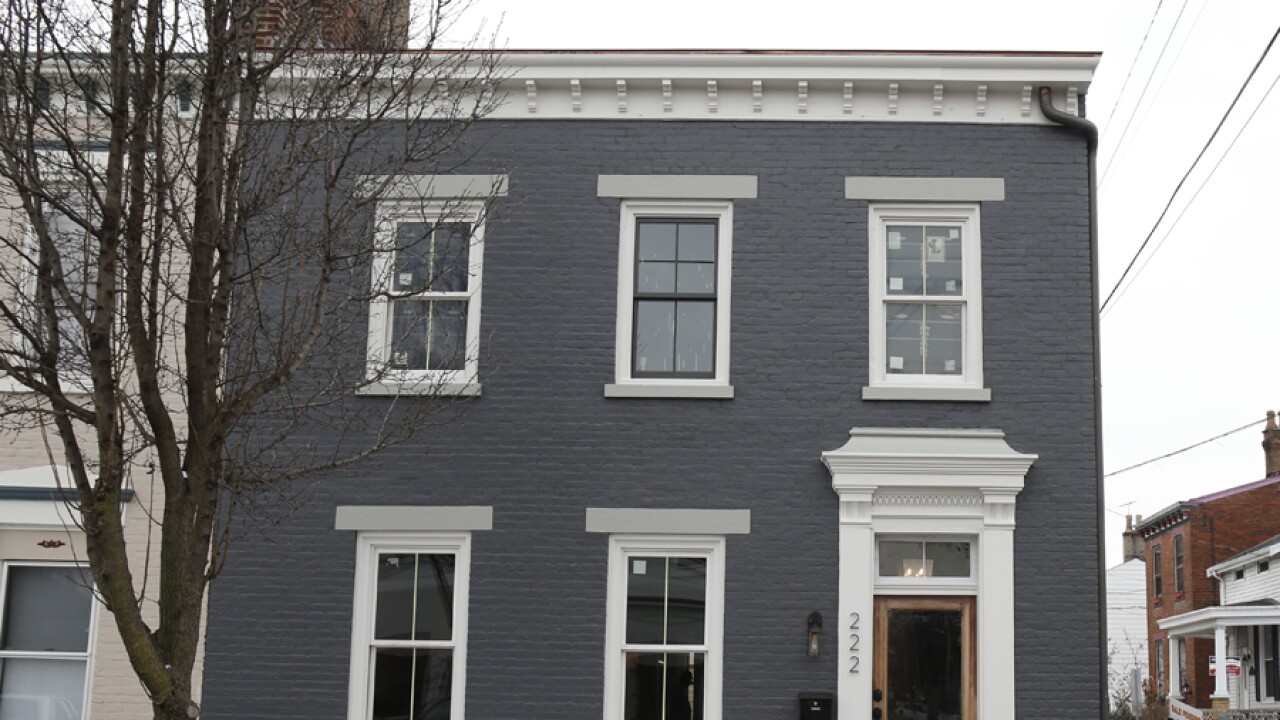 NEWPORT, Ky. — Mark Ramler often wishes he could move into the homes his Mansion Hill Properties renovates. But his latest project is one of his favorites.

The brick house on Newport’s East Eighth Street was built in 1860, meaning it was already standing when the Civil War broke out. (He even found an artifact related to that era -- more on that later.)

“It’s the oldest one I’ve done, so it’s been fun looking at the different construction methods and materials,” said Ramler, who holds a bachelor's degree in architecture and a master's degree in historic preservation, both from the University of Kentucky.

This is his 20th renovation project. Most of those other homes were built in the 1880s, 20-odd years after his current project. When Ramler bought the 1860 house in October 2017, it was set up as a two-family and had sat vacant for five years.

“It was an absolute mess,” he said.

Yet historic details such as the original molding, mantle and staircase remained intact.

“Those features were here, so you could see the potential in this house,” Ramler said.

Ramler always strives to preserve a home’s historic details during renovations, but that goal was even more important this time around.

“I wanted to keep everything I could out of this house,” he said.

So he designed the range hood in the kitchen out of the original attic flooring, which was “2-foot slices of trees -- this was before they had plywood,” Ramler said. Meanwhile, he used the 1860 attic rafters in his design for the kitchen island.

“I love marrying old and new -- respecting the house but taking historical materials and using them in a new way,” he said. “This island already has a 160-year-history … and now we’re starting a new history.”

Ramler said he spent a lot of time on the kitchen design because the couple who bought the house -- it’s been under contract since September -- loves to cook. Besides the reused wood, the design also includes high-end appliances and restored original flooring.

Removing a dilapidated kitchen addition also allowed room for a parking pad and covered patio behind the home.

Enclosing part of the two-story outdoor porch added a first-floor mudroom and bathrooms on both the floors, where the original brick walls of the house add character. Florentine glass taken from Hotel Covington provides privacy in what was an exterior window that’s now part of the first-floor bathroom.

As for the two second-floor bedrooms, Ramler vaulted the ceiling in the master, which walks out to the restored balcony. The master bath has an exposed brick and marble shower, and all three bathrooms boast vanities made from more reclaimed attic wood.

Above the second bedroom, which includes an original fireplace, Ramler created a loft in the formerly unfinished attic. Complete with a skylight, the small space will serve as an office for the home’s new owners.

Speaking of the attic, Ramler discovered something unexpected hidden in the bricks there: A mold used to make Union Army belt buckles during the Civil War. The iron block with “US” in reverse weighs about eight pounds, he said.

“That’s the coolest thing I’ve ever found” while renovating a house, he said.

As he wraps up the long renovation process, which he started last June, Ramler is thrilled with the results of his work.

“I just love how this turned out,” he said. “This is a hard house to let go.”