A contemporary addition tops it off
Posted: 6:48 AM, Jan 25, 2019
By: Shauna Steigerwald | WCPO contributor 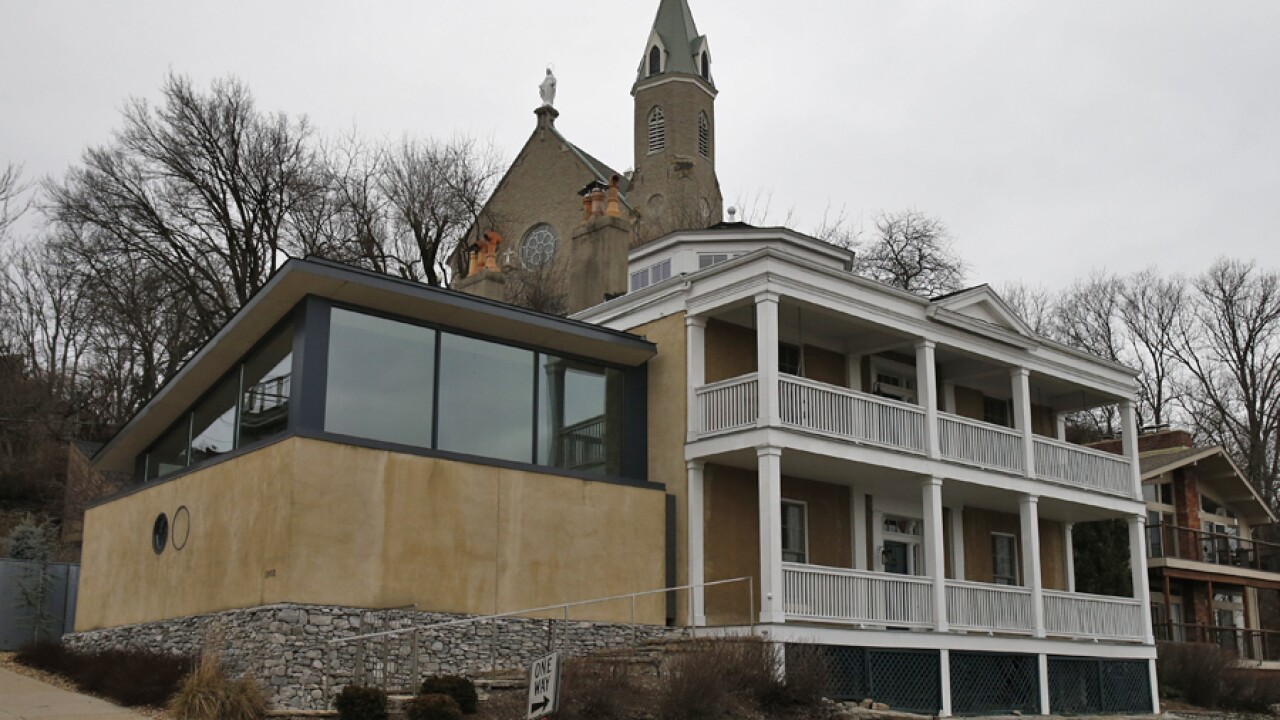 “I was living in Mount Adams, but I didn’t have a view,” she said, recalling her first visit to the Shaker-esque home, built in the 1840s by a stone mason whose handiwork can be seen in the surrounding walls. “I came out here (on the porch) and said, ‘I’ve gotta have this house.’”

Instead, she, her husband, William, and their son moved to New York City for two years. The house with the views was for sale the entire time. When they were considering a return to Cincinnati, Mary had a request.

“I said, ‘I only want to move back to Cincinnati if we can buy that house,’” she said.

They bought it. However, although the views were stunning, the house itself wasn’t. It had been on the market for more than three years and was in “deplorable condition,” Mary said. Windows were broken, and dirt covered the floors. In short, there was a lot to do.

That was 41 years ago. The work the couple put in over subsequent decades transformed the home into a showplace, its original style now blended with a contemporary addition and accented with Japanese fashion and art, Mary’s passion.

Some work was just to get back to the home’s original details, like removing a thick layer of paint topped with linoleum over the original wood floors and peeling off “layers and layers of wallpaper.”

Plus, the home needed updates to make it more livable. One of the couple’s first major projects was to renovate the kitchen. When it was time to revamp it again 25 years later, they added a charming greenhouse as part of the project.

As the years went by, they kept coming up with new ways to improve their home. They added a swimming pool (and just recently put a brand new boardwalk around it). The addition of a third-floor belvedere gave the couple a bird's-eye perspective on the river views Mary loves so much.

Getting up to the belvedere is part of what makes it so interesting. Access comes via an unusual alternating-tread staircase designed to save space.

“We didn’t have room for an ordinary stairwell,” Mary explained.

The most recent addition, and the one that’s most noticeable from the outside, is a very contemporary first-floor master suite. (Think concrete sinks in the bathrooms.) Architect Jose Garcia designed the light-filled addition, built in 2013. Mary likes to call it their “satori” bedroom, a Buddhist term that means enlightenment.

On the former exterior wall, Garcia removed the stucco to reveal the original brick, giving a historic tie-in to the modern space. The color palate, including gold, which coordinates with Japanese screens on display in the original part of the home, also gives some continuity. Outside the new suite, a Japanese garden added at the same time “almost feels like it flows into the house,” Mary said.

The Japanese touches are in keeping with Mary’s background and passion, as are the Japanese art and fashions she has on display throughout the house.

It all started when she studied art at Wellesley College. From there, she got a full scholarship to pursue graduate studies at the East-West Center in Hawaii.

“I dove into Chinese language, history, art,” she said.

When she and William moved to Cincinnati, she got a job at the Cincinnati Art Museum, where she eventually became curator of prints. That’s when a museum patron with an interest in Japanese art sent her to Japan.

“Then I went for broke on Japan,” she said. “ I got there, and it was so wonderful.”

When the Basketts bought their home, she immediately established the Mary Baskett Gallery in one of its rooms.

“Right away I had kind of a major show of Japanese paintings,” she said.

Through the years, her dedication has gotten attention: She even received a commendation from the Japanese government for promoting “cultural exchange” in 2010, she said.

Although she hasn’t had a show in her home for a while, she’s still involved in the art world. She loaned 15 pieces from her collection to the Indianapolis Museum of Art for an upcoming exhibit, “Fashion Redefined: Miyake, Kawakubo, Yamamoto." The exhibit will run from April 28 through Jan. 5.

All of the work has been well worth it to turn the ill-maintained for-sale building into her dream home.

“I’ve never gotten mad at this house,” she said. “I still love it.”

And that porch with the view that first drew her in?

They call it “Mary’s Porch” now.