Home Tour: Modern-home Realtors give their own Amberley Village mid-century a facelift

But it didn't change its character 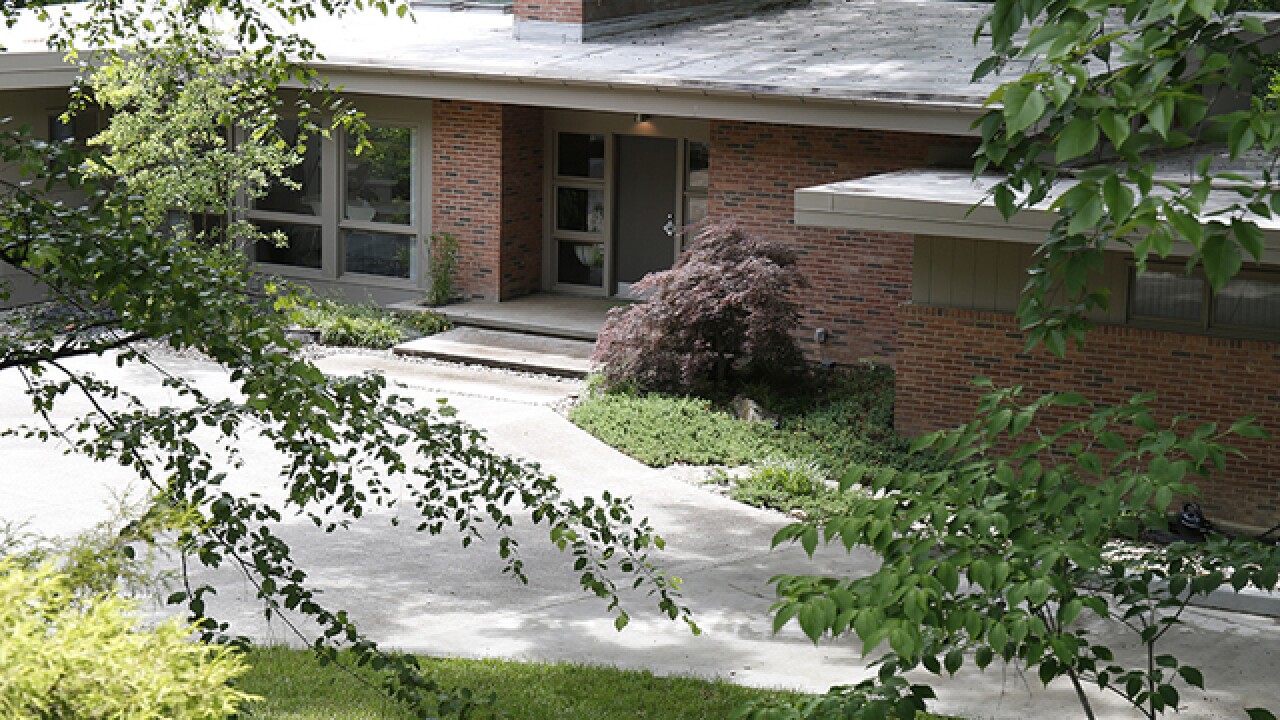 AMBERLEY VILLAGE, Ohio -- For Susan and Arlen Rissover, modern homes are literally their business. As real estate agents with the Cincinnatimodern Team at Keller Williams Advisors Realty, they specialize in the local modern market, keeping a database of more than 1,000 Cincinnati-area modern homes.

Susan has been an agent for 15 years and sold hundreds of homes -- some more than once. Arlen joined the business about five years later. Susan also co-founded cf3 (Cincinnati Form Follows Function), a nonprofit for "modern design enthusiasts," in 2006.

Based on all that experience, Susan believes the popularity of modern homes is at "an all-time high." However, in some ways, the homes are misunderstood.

"You walk into a house like this and think, 'It's so modern, it must be perfect,' " she said from the foyer of the couple's own mid-century modern in Amberley. "But this house is 60 years old."

The biggest problem facing most modern homes, she added, is that their angular exteriors have begun to crumble. Their house, designed by architect Fred Pressler as his own home in 1956, was no different when they bought it.

The couple recently did a major exterior renovation that included removing the home's original paver-block patio, cement-block retaining wall and brick steps; adding a backyard entertaining space; and replacing the blacktop driveway -- all four layers of it -- with concrete.

"I don't know of many other MCM homes that have undergone quite the exterior hardscape and restoration project that we have," Susan said.

To make sure their renovation wouldn't result in what she calls "remuddling," the couple hired an architect to keep everything consistent with the original architecture. Preserving the original screen block wall, for example, was a priority.

Replacing the old "mossy rectangle" of a patio was the starting point for the project, but it quickly grew when the couple realized they needed better access to the patio from the rest of the outdoor spaces. (Previously, the topography, with its hills and mud, made it "too treacherous" to walk around the house, Susan said.) Then they got to thinking the driveway looked bad.

All those problems vanished with the renovation, which was completed last summer. The couple now has a large exposed aggregate concrete patio complete with a fire pit and outdoor kitchen for entertaining. (They're still on the lookout for the perfect tiki bar to add.) New concrete stairs connect to the carport and garage on one side of the house and the master bedroom on the other. New landscaping rocks and plants complement the home's natural setting, on 1.25 acres that includes mature woods.

Although this particular project was exterior-focused, the couple has done considerable work on the interior during their 21 years in the home. Early on, they replaced carpeted floors with hardwood, opened up the kitchen to the family room, refaced original kitchen cabinets and added skylights. They enclosed the carport to create a garage -- working with an architect to make sure, for example, the windows matched those on the front of the house -- and then later added a third-car carport to bring back the original architectural feel.

More recently, they renovated the basement, putting up mostly new walls and adding a new vinyl composite tile floor. They replaced the flooring in the original enclosed deck and added a new railing on its stairs, which now go down to the new patio. The railing is a replica of the one inside the house.

Clearly, they've been taking the renovation advice Arlen gives to clients: "Be patient. You don't have to do it all at once."

"Patience" is also their recommendation when shopping for a mid-century home. They looked for three years before they found the house in Amberley. That was in 1997. They'd just had their third child and were looking for a four-bedroom home that would keep them in Cincinnati Public Schools.

Today, they're empty-nesters and share the home with their two cats. Both, it should be noted, have modern-appropriate names: Miller is named after the Miller House in Columbus, Indiana, while Harper is named after artist Charley Harper, whose work is seemingly everywhere in the couple's home.

The art collection, along with their assortment of vintage furniture, has grown over the years. Furniture was much easier to find when they first started looking in the mid-1980s.

"We got spoiled -- we collected before there was competition," Arlen said.

The end result of all that collecting is that the house is full of pieces that look like they absolutely belong alongside the home's typical-of-the-era features, like the walls of windows or two-sided brick fireplace.

And even though all four bedrooms are no longer filled, the house is still just right for the couple.

"I can't even imagine a house laid out any better for how we live," Susan said.

It's even better now that they're made the exterior more livable, too.

"We were really pleased with how it came out," Susan said.

"We're always trying to do what is right architecturally, with an eye toward the value of the house," she added. "We gave this house the needed facelift without changing the character."