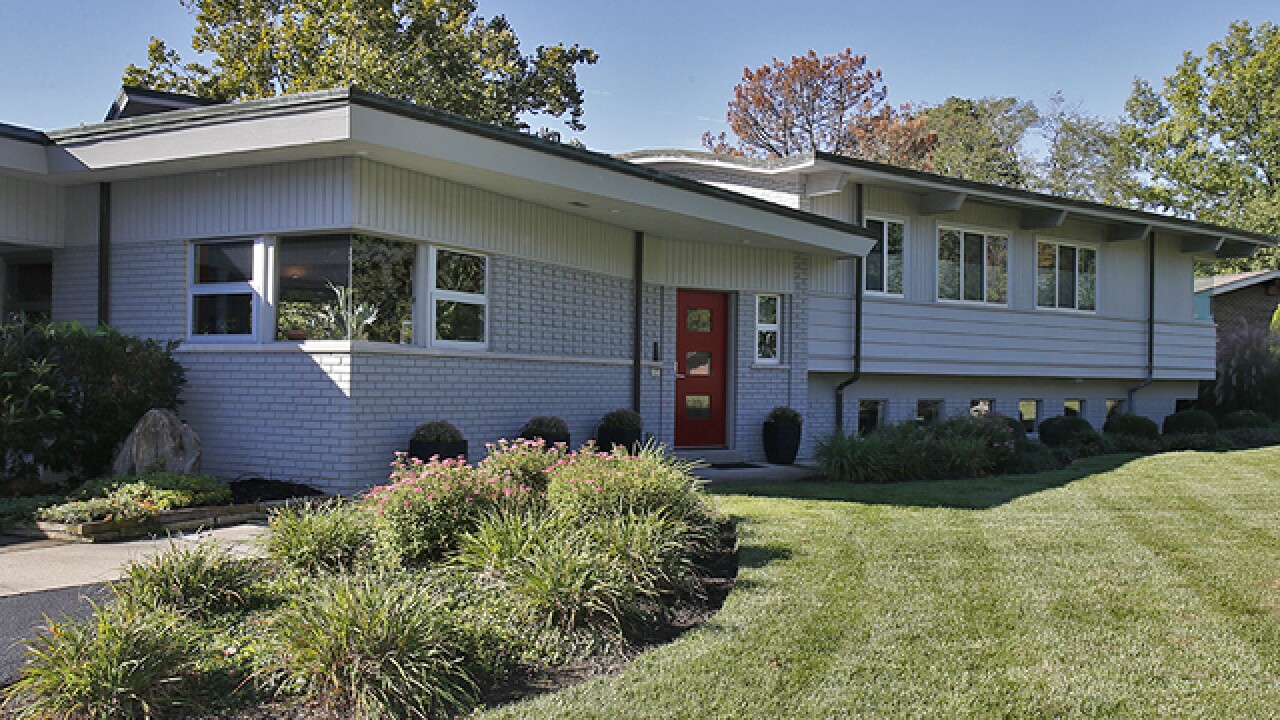 CINCINNATI -- The site of Joyce and Jeff Rich's Clifton mid-century modern home has long been a canvas for cultivated natural beauty.

With the changes they've made in the five years they've owned the home, the couple is continuing a tradition that started during the early part of the last century.

What's now the couple's backyard was once part of formal gardens on the estate of Samuel H. Taft, a lumber dealer, and his wife, Mabel. A 1922 photo in the Library of Congress shows a wisteria-covered pergola that stood on the site.

The Taft house was demolished to make way for a small subdivision of modern homes. Walter Sheblessy, the architect behind the subdivision, designed and built what's now the Rich home for himself in 1957. It was the first house built on the Taft estate, Joyce said, but the architect went on to design several other modern homes on the street.

While the Taft house is long gone, the pergola is only mostly gone. Two full pillars and three additional pillar pieces are part of the landscape on the Richs' three-quarters of an acre. Landscape designer John DeVore of DeVore's Land & Water Gardens integrated those remnants into the plan he and the couple devised for the backyard space.

The plan also included rebuilding the Taft-era stepped stone terraces, which were falling down by the time the couple came along. While he was at it, DeVore shifted the walls slightly to better fit with the angles of the house. A new deck, also angular, has steps that go to both the pool that the couple added and the yard, nicely dividing the space.

Inside, the couple worked with architect Fritz Kuhlmann on a renovation that included moving walls and opening up the kitchen to the dining room and large living room, which had an existing large fireplace and a wall of windows for taking in views of the lovely back yard. They removed wood paneling throughout the home and shortened the walls in the bedroom wing to show off the barreled wood ceiling.

In the unfinished lower level, they added a family room where their grandkids can play, and a workshop where Jeff builds furniture. Some of his pieces are in use in the home alongside modern furniture and lots of colorful art.

Among the eye-catching pieces are the mid-century modern glass Rondelays by Higgins glass that hang in a window and whimsical crow wall sculptures by local artist Nancy Hopkins. There are prints by well-known artists such as Shepard Fairey and Charley Harper alongside other local artists, including Kay Hurley, Paula Wiggins and Barbara Ahlbrand.

"We don't really know anything about art -- other than what we like," Jeff said.

The home itself is a work of art, and it's even been used in advertising campaigns. During the couple's short time there, it's been featured in both a print ad for Ford (2012) and a commercial for St. Elizabeth (2014).

All in all, the approximately 4,000-square-foot house is a far cry from their previous home, an antique-filled 1928 Clifton colonial that was a "great house to bring up two boys in," Jeff said.

"We looked at this house on a lark," he said of their current home.

When they walked in and saw the potential for an open, modern home in a lovely setting on a quiet street, they knew it was time for a change.

Now that the potential has been realized, they're glad they made the move.