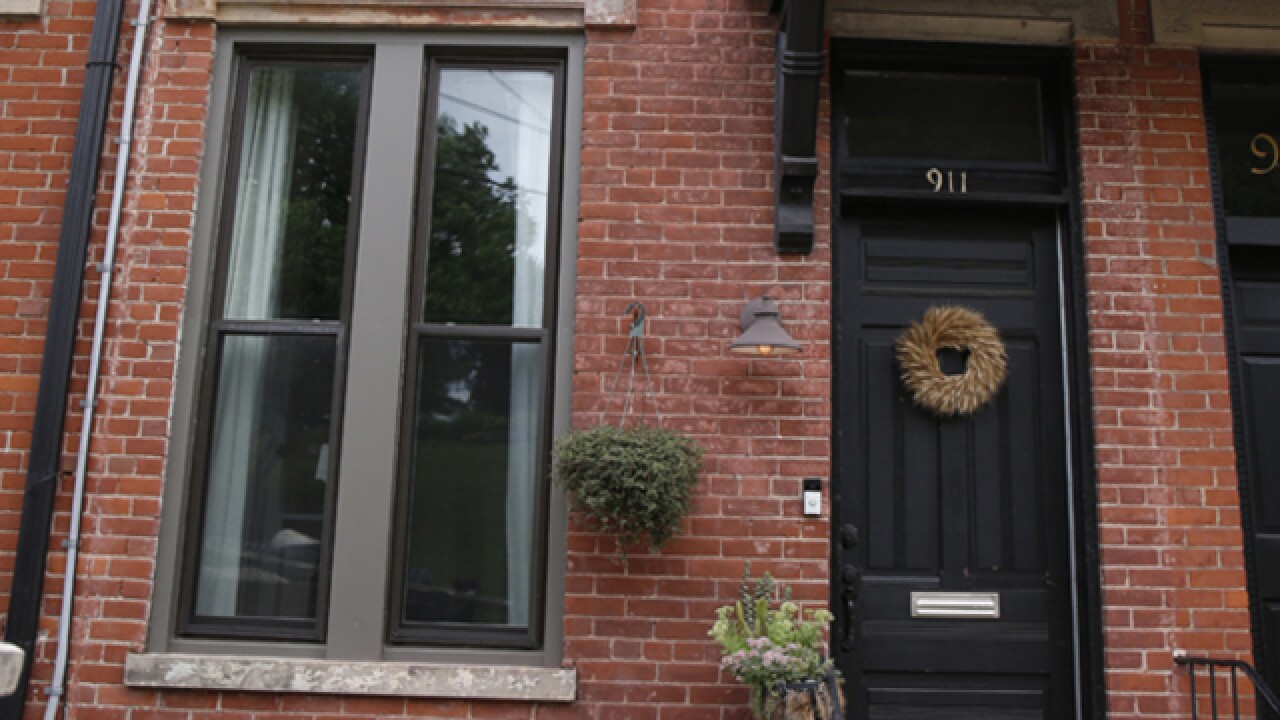 CINCINNATI -- Entrepreneur Brice Lucas had been in a total New York state of mind for seven years before business brought him from his Manhattan base to Cincinnati for the first time two years ago.

Not only did Lucas, an Alaska native who grew up in Texas, see great opportunity for his business-oriented digital marketing and technology company, FNTCN (short for "function"), he ultimately found a place with a "New York feel" he could call home: Mount Adams.

Committed to moving his business here, he hooked up with Realtor Amy Markowski. She showed him Hyde Park, which the 36-year-old, then-unattached man liked but thought was too family-oriented for his lifestyle. Next up was Mount Lookout, where a project underway by builder Brad Lauck caught his fancy -- more so than the one he went to view.

It turned out Lauck was in the early stages of another project across town: a remodel of a late-1800s row house on Paradrome Street in Mount Adams. Perfect, Lucas thought.

"This place," he said while standing in the all-new kitchen of the Paradrome place he now owns, "was not near being done. The basement was all muddy, and there was a lot of work to do. That actually excited me for many reasons.

"It gave me the opportunity to work on the design with the contractor, to make key decisions and to add projects like the basement." Lucas said. "I love design. That's a big part of what I do with my company."

Lucas worked with Lauck on the four-level, 2,053-square-foot brick house to create an all-new interior Lucas describes as being "baroque chic."

The design blends barn-wood accent features with exposed brick walls as well as original hardwood floors with bold new cabinetry and shelving, stainless-steel appliances, garnet-flecked granite countertops and unique industrial lighting. Less apparent but equally as new is all the wiring, plumbing and insulation as well as two Nest thermostat-controlled heating and cooling systems and a tankless hot-water heater.

Brand new, too, are the house's powder room and two full bathrooms, kitchen, pantry, windows, second-floor laundry, paint, leaded-crystal door knobs, backyard pavers and built-in sound system. And, after doing all that, the 6-foot 3-inch Lucas had enough of his budget left to pay to lower the full basement's floor so that he wouldn't hit his head while working in what is his two-station office.

You would think that putting so many personal touches into his home would inspire Lucas -- who shares it with girlfriend Veronica Bucher -- to stick around and enjoy it for a few years. Nope. He wants to tackle another home project and has put his Paradrome place on the market. It is listed at $649,900.

-- A dramatic, central, black-spindled and railed staircase rises to a third-floor skylight and features three industrial barn-wood light fixtures that Lucas and Lauck created and connected to a central pole. (Barn wood also trims the wide opening between the kitchen and tops the powder room vanity.) The staircase originally was flanked by six 15-foot by 12-foot rooms (two on each floor), but those on the second floor now serve as Lucas and Bucher's master suite.

-- The couple's tray-ceilinged bedroom faces Paradrome Street, beyond which and through the trees is Playhouse in the Park. It's a great place to be, Lucas said, on days when they can leave the vinyl, double-hung windows open.

"All you can hear in the fall and spring is the sound of trees," Lucas said. "When I was in New York, the only trees were in Central Park, so it's really great to be in here and hear the trees."

-- What was a second bedroom across the hall, whose closet is now a compact laundry room, is the couple's master bathroom and walk-in closet. Uncommon is the shower and tub set-up. The free standing tub sits on a pebbled floor under a frosted window at the far end of the room and is enclosed with two facing shower heads within three glass walls.

Behind a barn door in what was the rest of the original bedroom is a windowed walk-in closet that features a 10-drawer storage center surfaced with cedar boards flanked by his-and-her adjustable shelving for shoes.

-- Lucas is an audiophile and chose to make the first floor of his home a listening room of sorts, so it's a TV-free space. The go-to TV-watching spot is in what could be used as a bedroom on the third floor. He calls it his "Scotch room," a place to recline on his 8-foot leather couch, enjoy a beverage and watch a favorite movie or program.

-- Lauck's original plan was to seal and surface the basement. Lucas said he saw greater potential in the stone-walled, 30-foot-by-12-foot space. He asked that the floor be dug out to increase head clearance, paved it with polished concrete and now uses the street-side half as his office. A mechanical room in the center is sheathed in corrugated metal, and the back room is used for general storage and as a party-supply pantry.

-- The backyard, Lucas said, was open and mostly bare when he bought the house. Today, it is enclosed by a 6-foot-high cedar fence with a wide sliding door that opens to a narrow alley running alongside the neighboring houses. Lucas said he is about halfway through covering the space with pavers.

When finished, the yard will expand the house's party space. Whoever buys it will take over Lucas' raised herb garden and built-in speakers.

-- The house, Lucas said, feels deceptively roomy, partially because of the skylight and because the first-floor ceilings are 14 feet high and drop very little on the upper floors. The way its new sheetrock walls are painted also makes it feel spacious yet cozy, he said.

"Veronica is one of the best painters I've ever met," Lucas said. "She does all this by hand, doesn't use a drop cloth and doesn't spill a drop. She did a killer job on the color selection and the painting."