Home Tour: Indian Hill estate helps you picture what life was like in the 1920s 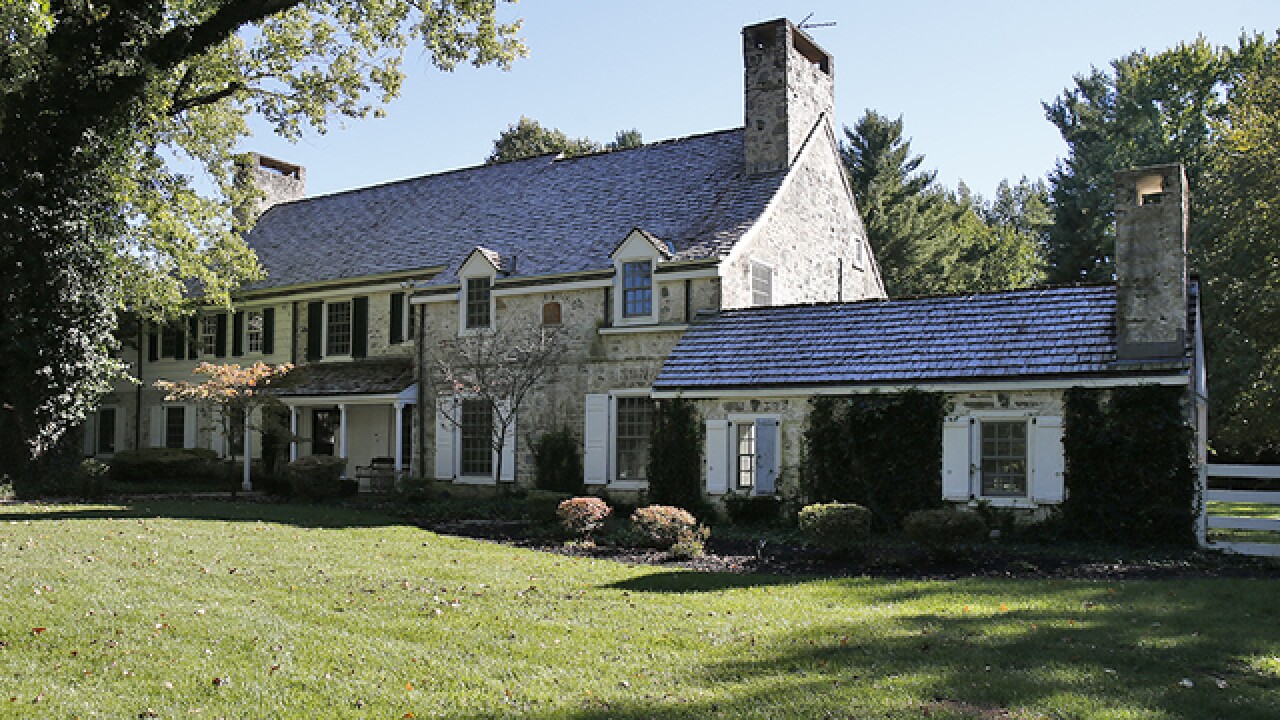 INDIAN HILL -- You could spend hours exploring the nearly 10,000 square feet of "Carter Farm," a historic Indian Hill estate that's currently on the market for $1,995,000.

If you did, you'd find lots of unexpected touches: A small door that hides a little staircase beside the original living room's fireplace; an "English pub" with a full bar off the grand family room in the newer wing; a hidden passageway to guest quarters in the loft above.

"It seems like there's something neat everywhere you look," said Steven Early, a Sibcy Cline Realtor with a keen interest in local historic homes. (His colleague, Judy Recker, has the home, located at 8065 Spiritwood Ct, listed for sale.)

Through his research, Early has painted a picture of what life was like when the home was first built -- in 1926, according to the Hamilton County Auditor's website -- though a stone on the home bears the date 1929. It's also inscribed with the initials of the home's original owners, Dr. Burr Nolan Carter and his wife, Olga Ault Carter.

Early notes that the Carters and other wealthy families who moved to Indian Hill in the 1920s and 1930s wanted gentleman farms and "countryside recreation," such as polo and fox hunting.

Dr. Carter, assistant professor of surgery at the Cincinnati Medical College, contracted Philadelphia architect Richardson Brognard Okie to build Carter Farm as a gift for his new wife. Okie was known for his colonial-revival designs and also did restorations, including of the Betsy Ross House in Philadelphia.

"This was really typical of (his) architecture, this rubble pattern with fieldstone in the mortar," Early said. "It looks like it was thrown together, but it's actually quite detailed.

"The huge stone chimneys and dormers that rise straight out of the walls are typical of Okie," he added.

Back when the home was built, it was surrounded by 102 acres of crops, pasture and outbuildings. A few servants lived in one modest wing, and there were entire rooms dedicated to their work, like sewing and laundry.

Most of the land was developed when the Carter family sold the home in the 1960s, Early said. The house still sits on three of the original acres.

With its separate entrance, the servants' wing is set up to serve as an au pair suite today. Rooms that maids once used to do the work of the estate have been repurposed for contemporary uses, including a craft room and a "dog wash" room. The former sleeping porch is now a laundry room convenient to the bedroom suites in the original part of the house.

The current homeowner recently renovated the older parts of the house, including turning the small kitchen into a more spacious eat-in one with the addition of a light-filled breakfast room overlooking the yard.

And the house is much bigger than it was during the Carters' era. A whole new wing includes the previously mentioned family room, with a huge, stacke-stone fireplace and a vaulted oak beam ceiling. Beyond that large, almost Tudor-esque room, the rest of the wing has details designed to mimic the style of the original farmhouse in the guest suite, which contains a bedroom, bathroom and a small kitchen. On the lower level, a nine-seat theater, complete with a "lobby" and elegant bathroom, was inspired by the once-grand Albee Theater in Downtown Cincinnati.

Heading outdoors, the back yard has a pool surrounded by a stone patio designed to complement the look of the house. The doors of the pool house hide a sauna and a bathroom. Whoever buys the house will have plenty of time to explore all of those little features. And they'll no doubt want to stop and admire the home's interesting architecture, too, as Early did on our recent visit.

"All these little rooflines and all the small windows -- I love it," Early said.