Home Tour: Historic Bellevue house couldn’t be saved, so the new owner rebuilt one just like it

And won a Preservation Award in the process
Posted: 5:00 AM, Feb 15, 2019
By: Shauna Steigerwald | WCPO contributor 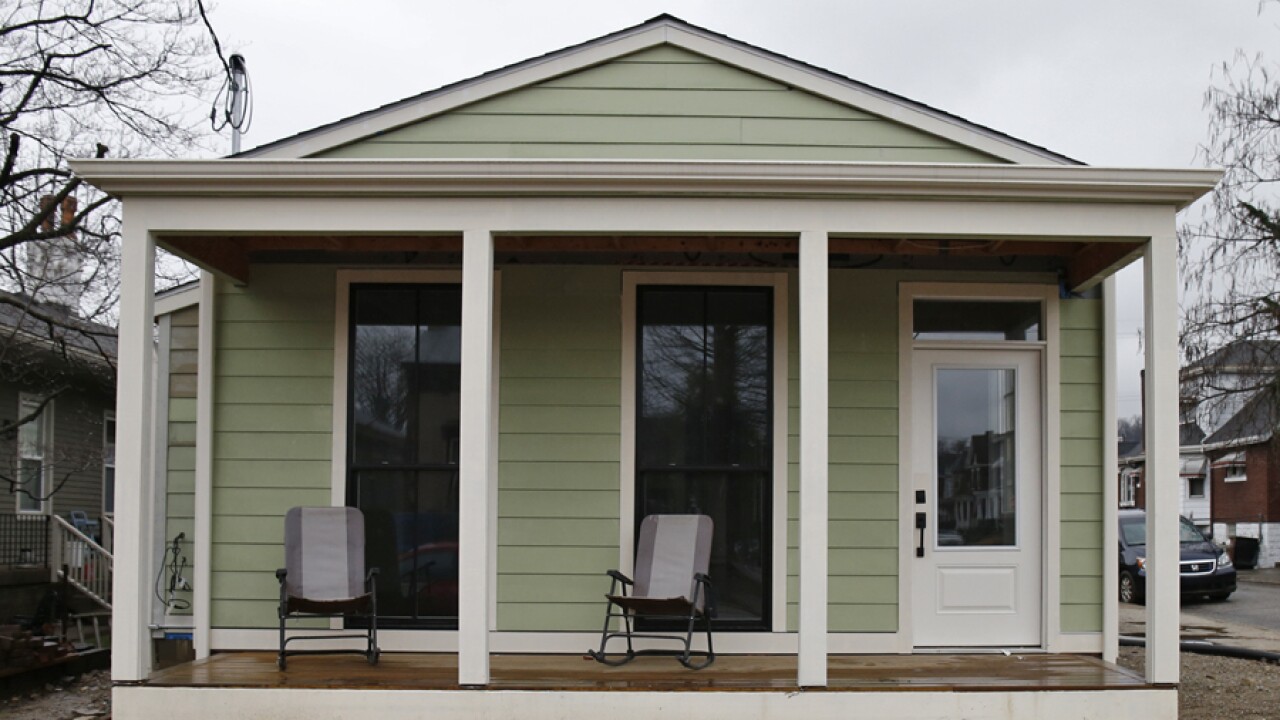 BELLEVUE, Ky. — For two years, Paul and Kathleen Hone regularly drove past a shotgun house a block from their own home in Bellevue. Built in 1861, it was part of “Seiter’s Row,” four nearly identical cottages in what’s now the Taylor's Daughters Historic District.

This particular house had fallen into disrepair. Paul often remarked that he wanted to buy it to either rehab and resell or tear down and rebuild on the lot.

Then, one day, Kathleen was walking their dog past the house and saw someone stapling a “For Sale” sign to the front porch post.

Paul immediately called the seller and went to take a look. Then he went home and started crunching numbers for both best-case (a straightforward remodel) and worst-case (a complete teardown and rebuild) scenarios.

“No matter which way it worked out, I wasn’t going to lose money,” said Hone, who works as a project manager for high-end, mostly commercial construction projects.

Hone bought the house in March 2017 and spent about eight months gutting it down to the studs and devising a floor plan.

Then the bottom fell out — literally. A section of the stacked-stone foundation collapsed into the basement below.

At that point, Hone determined that there was no saving the original home. With the city’s blessing, which he needed because the home was historic, he changed course and made plans to demolish the home.

However, because his “Plan B” was to build a new house that matched its predecessor as closely as possible, he first had to document as much as he could about the original house. That meant photographing, sketching and measuring everything he could think of: Door and window locations and sizes; dimensions of the house overall and of specific features, such as the garage, roof and porches; even the style and size of the interior doors and baseboards.

Once that was done and he demolished the original home, using sledgehammers rather than machines as a way to keep costs low, he set about crafting plans for the new one within the many constraints it still presented.

“The footprint is such a unique floor plan,” he said. “It’s a long, skinny, shotgun house.”

Then there was the home’s small size: 1,200 square feet. Hone worked with Bellevue’s Historic Preservation Commission and zoning board to bump out the home’s north wall by approximately 6 feet, which he did incrementally to make the extension less obvious from the front of the home. That change added a little more than 400 square feet, giving him room for three bedrooms and two baths.

As it turned out, Hone enjoyed working through those challenges, which were much different from what he faces on the larger projects of his day job.

“It’s like a puzzle,” he said of working on the smaller-scale project.

Beyond fitting the pieces together, Hone wanted to make sure everything in the home “made sense,” so he was intentional with each choice. That applied to everything from using a gray, white and blue color scheme throughout the home to devising a way to keep the kitchen countertops clear (by tucking the microwave and coffee maker away in the butler’s pantry). The polished concrete floors have radiant heat to warm them, and the home is well-insulated against the weather and noise.

“Nothing was done that wasn’t thought through,” he said. “It’s designed for a purpose, and everything has its place.”

In choosing exterior paint colors, he wanted to fit with Bellevue’s historical design review guidelines, blend in with neighboring homes and pay homage to the original home’s colors, white paint with green trim. He settled on flipping those colors, painting the siding pastel green and the trim off-white.

Hone also made a point to hang on to pieces of the original home that he thought he could reuse. For example, he used floor joists to frame a mirror, and he plans to use other reclaimed wood to build a table. Stones from the original foundation will go into the new home’s landscaping.

Hone did a lot of work himself, from the design to finishes such as the custom tile work and painting. It was an incredibly time-consuming side project, stretching over almost two full years. (And it earned Hone a 2018 River Cities Excellence in Preservation Award in the process.)

Now, the work is drawing to a close. The Hones should be able to move in within the next week or two.

You’d think Hone would want to take a break, but you’d be wrong. He’s already thinking about building another home.