Home Tour: Corbett House architect was about as close to a Frank Lloyd Wright as you can get

You can soon tour this 'cutting-edge' design 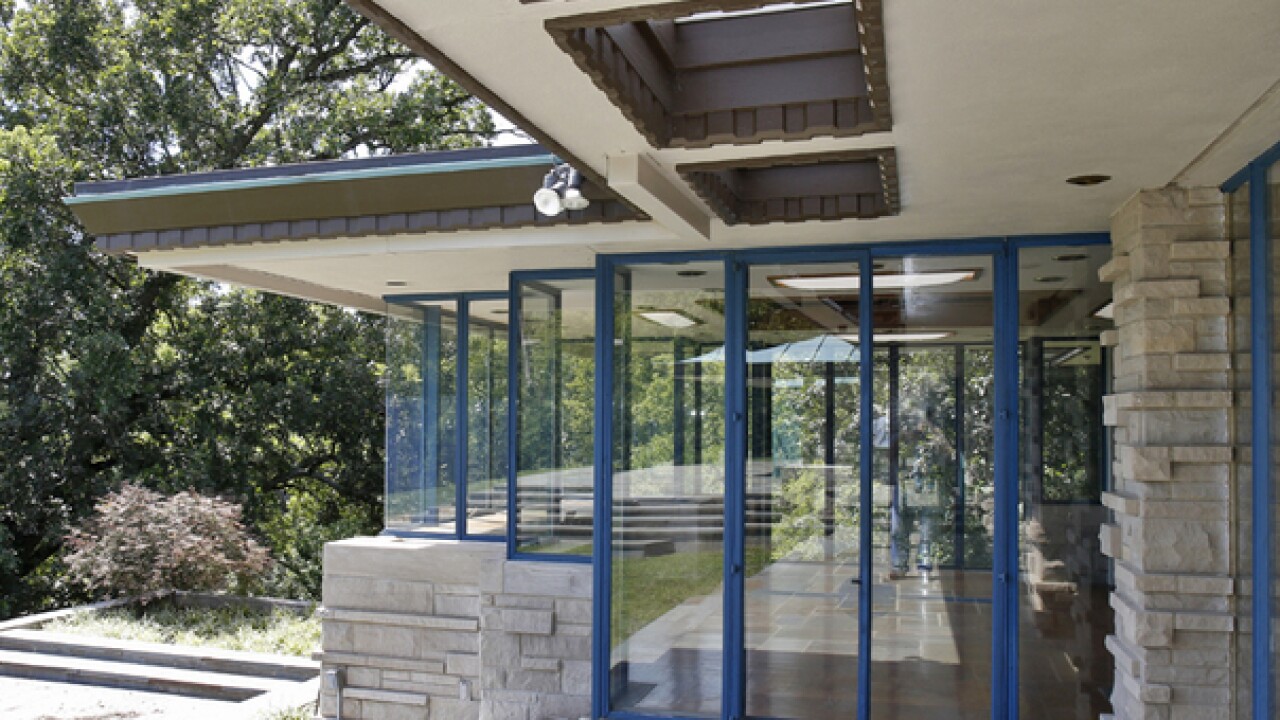 CINCINNATI -- You've got to wonder if William Hanna and Joseph Barbera ever visited Ralph and Patricia Corbett's 1960 house in Hyde Park before creating "The Jetsons" in 1962. If they had, the two TV cartoon creators might have gone with Ralph and Pat over George and Judy when they named the lead characters in their futuristic show.

Much of the original Space Age features and gadgets in the Corbett House -- in particular its original kitchen's custom Formica cabinets and countertops and built-in, pop-up and pullout appliances invented and manufactured by Cincinnati-based Nutone, which Ralph founded -- were removed by the house's second owner.

But today, that owner's upgrades -- among them seven geothermal wells that feed power to seven interior heating and cooling systems that, along with the house's intricate lighting system, are controlled by a computerized panel in the basement -- make it a home for the 21st century version of J. Ralph and Patricia Corbett.

The house's owner, Grandin View LLC, will place the house on the market at $2.6 million on Oct. 3.

The Corbett House, which is on Grandin Road where it meets Edwards Road in Hyde Park, looks very much like a Frank Lloyd Wright creation -- and it should. Its architect, John deKoven Hill, was somewhat of a Frank Jr., having arrived at Wright's Taliesin studio in 1938 on his high school graduation day to offer his services to America's master architect. A close relationship developed between the two and lasted 21 years, with Hill becoming a chief Wrightian designer as well as treasurer of the Taliesen Fellowship and honorary chairman of the Frank Lloyd Wright Foundation.

At times, the diminutive Wright (1867-1959) and lanky Hill (1920-1996) worked as a team. The Corbett House, which was designed a year before Wright died and is attributed to Hill, is considered to be the peak of their collaboration. Its bones are sturdy -- perhaps even sturdier since the second owner reinforced structural wood with steel -- and although much of its "Jetsons" vibe is gone, plenty of its fantastic and unique features remain.

Recognizing the artistic and technological significance of the house, the Architectural Foundation of Cincinnati collaborated with the home's owners to make it the site of its Great House Tour on Oct. 2.

This year's docent-guided tour comes with a bonus: The AFC has created an exhibit at its 811 Race. St. headquarters of enlarged images of the Corbett House featured in four editions and over 142 pages in 1960 House Beautiful magazines. The spreads were part of the magazine's Pace Setter Program, which from 1946 to 1965 featured a new home with the best "use of site, architectural design, construction, furnishing and decorating," according to the magazine's longtime editor and Wright disciple, Elizabeth Gordon. The house's furnishings, in turn, were made and donated by houseware companies, including Nutone and Formica, that supported the Pace Setter Program with advertisements featuring the Corbett House.

The Corbettt House defined the 1950s-coined term "cutting edge," and its appearance in House Beautiful was no accident. It came at a time when architect Hill was near the end of an 11-year run as the magazine's architecture director and was acting as its editor.

While the AFC exhibit will show what the house was like when the Corbetts first moved in, the tour will show how it has changed since their estate sold it in 2010.

Some of what's gone

Most missed by mid-century modern aficionados is the kitchen, which was torn out in 2010 and sold through the Cincinnati auction website Everything But the House. Just months before Alan Shepard became the first American to be launched into space, first-year visitors to the Corbett House must have felt they'd beaten him when they stood in its kitchen.

The aqua-patterned laminated plastic countertops and cabinet doors that were designed and made by Cincinnati-based Formica Corp. could have competed with the blue oceans of Earth that Shepard saw during his 15-minute, 28-second flight in May 1961. But the kitchen's built-in electronics by Nutone were even more other-worldly, among them a food center with mixer station, knife sharpener, grinder, waste disposal, ice maker, outlet station with timer clock for making coffee, frying and toasting, as well as intercom and stereo systems in the wall.

The house's wood-vaulted living room also featured one-of-a-kind conveniences. It is divided into two spaces: one for lounging and watching the world's first residential rear-projected, drop-down movie screen, and a second on a raised soundstage for live musical performances so beloved by Patricia, herself a trained musician and possibly the most generous arts philanthropist in 20th century Cincinnati.

It was what was installed behind that stage that provided the room's pizazz: Hidden behind a floor-to-ceiling, wood-and-fabric screen were cabinets for the latest in stereophonic equipment, record albums and sheet music for those who performed on the Corbetts' grand piano and organ that sat on the stage. The materials and design of the room, said Great House Tour coordinator and AFC board member Michael Kelley, gave it near-perfect acoustics.

Also gone are most of the tile and fixtures in the original double master-suite bathrooms and a combination dresser and headboard that hid Ralph's bed from his room's entry space and was equipped with a built-in telephone, Dictaphone and controls for lighting and stereo music. Patricia's room is missing the stand-up piano that sat in a cove near her bed, but retains her massive walk-in closet's built-in dressers and clothing racks. Both rooms still have glass doors that lead to a built-in, indoor swimming pool that is rimmed with blue-shade tiles once featured throughout the living area of the house and on the rear terrace.

Those who take the Great House Tour might feel as if they have arrived at the back of the house when they come upon it. The house's entrance is hidden under a jagged Indiana limestone porte-cochere that bridges the house and open parking bays. This type of hidden entry was a signature design of Wright, who preferred privacy in the front and mostly glass in the back to bring the outside in.

The feeling tourists will get when they step through the front door will be as memorable an event as it was intended to be for the Corbetts' guests. Unlike many traditional American homes, there is no grand staircase to greet visitors. Instead, Hill created a foyer that feels like an industrial light tower, its jagged, stone walls climbing two stories, basking in the shadows and sun spots created by the sky-lighted ceiling.

Off to the right is a powder room and a simple, almost hidden staircase that leads upstairs to two guest bedrooms. To the left, a soffit drops the ceiling height to about seven feet and creates a tunnel through a short hall and into the wide-open living room. It's another one of Hill and Wright's artful ways of creating drama through architecture.

Great House Tour participants can expect to hear a lot about the Corbett House's architecture, so we won't spoil it by detailing what's to be seen beyond what we covered here. Look at the photographs and you'll begin to understand why, in its 1960 Pace Setter articles, House Beautiful described the house as a work of art and a way of life, "a fusion of technological advantages with emotional values: a synthesis of the practical and the aesthetic with no sacrifice to either."

What: Guided tour of the 1960 Ralph and Patricia Corbett House.

Where: Parking will be coordinated at time of ticket purchase.

Admission: Limited tickets for timed tours go on sale Sept. 19 at www.architecturecincy.org, 513-421-4469. Cost is $30 and includes a color brochure with biographical and historical information as well as access to original photographs of the house by Ezra Stoller and copies of the original blueprints.