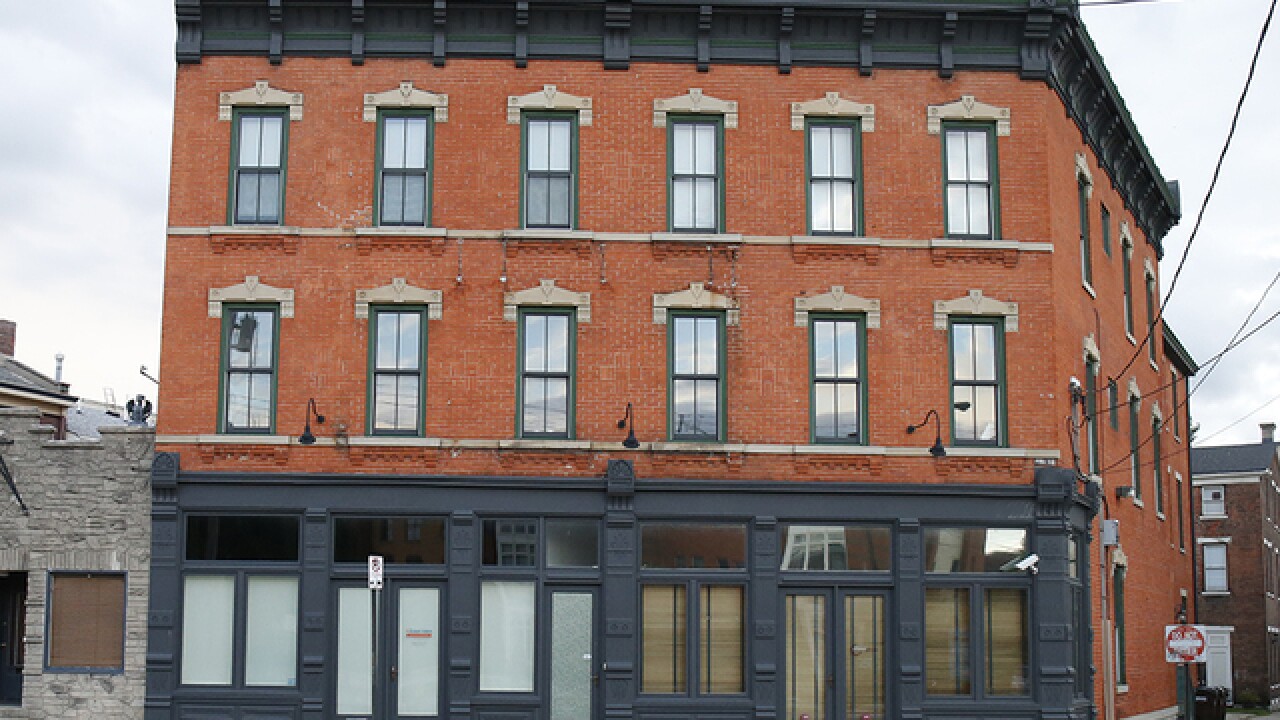 COVINGTON, Ky. -- When Naashom Marx and Chris Ritter started looking for a home for themselves, Ritter's three sons and their dog, they had a pretty good idea of what they wanted.

"Our criteria were: We didn't want a yard, we wanted something in walking distance to everything, and plenty of space for everyone," Marx said.

They found all of those things in a 2,300-square-foot condo in Covington, which they bought in January. It will be featured on the Beyond the Curb urban living tour on Sunday, Sept. 30.

In honor of the fifth anniversary of The Catalytic Fund, which organizes the event, this year's tour will feature five properties in each of Northern Kentucky's five urban river cities: Ludlow, Covington, Newport, Bellevue and Dayton.

"We showcase a wide variety of properties -- historic homes, cool condos and modern apartments, as well as a few interesting mixed-use and commercial spaces," said Jill Morenz, director of community initiatives and communications for The Catalytic Fund. "Because attendees like to see 'behind the scenes,' we always include a few in-progress projects for inspiration."

At the Marx and Ritter home, tour goers will find eclectic artwork and modern furniture. Visitors to the home come up the stairs -- the condo sits above storefronts -- into a large, open space that includes the living room, dining room and kitchen. Though the walls are neutral, there are pops of color everywhere -- from the yellow couch and kitchen barstools to the bright blue dining room chairs to the multicolored rug to all of the art.

"Naashom has traveled the world through Peace Corps and other things," Ritter added.

Other pieces date to when Ritter owned a graphic design and branding company that had an art gallery associated with it.

Among the street art, graphic prints and pieces from their travels is a framed pizza box in the kitchen. That piece hints at how the couple knew they were a good match. Early in their relationship, Ritter said, he wanted to try a pizza place he'd heard about. When she asked where, he told her it was a place called Imo's he'd heard about -- in St. Louis.

Marx was up for the adventure. Later, she got a box framed to commemorate the trip.

The connected living room, dining room and kitchen serve as a great space for entertaining, and the couple has hosted almost 100 people in it at one time. Beyond that space, the level features a small deck with sunset views and a powder room. The latter is painted bright pink and decorated with a large bear head painted the same shade.

That room pretty much sums up their home design philosophy.

Upstairs are two bedrooms, each with its own bath. Ritter's sons -- Colin, 8, Kyle, 9, and Carter, 11 -- have a triple bunk bed in one bedroom, leaving plenty of floor space to play with their Legos and other toys. They also have a small, open den at the top of the stairs where they can play video games and hang out.

The whole family enjoys the walkability of their new neighborhood. The condo is near the border of several Covington neighborhoods -- MainStrasse, Westside, Old Seminary Square and Mother of God -- so there are plenty of parks and restaurants close by.

Still, it's a bit of a surprise that she ended up there. After living abroad for about 10 years, she came back home to spend some time with family.

"I didn't think I'd stay in Cincinnati," she said, "but I fell in love with it."

Covington particularly appealed to her. Though she's now with Cintrifuse, across the river, she previously worked for the city she calls home. At the time, Ritter's company was right next door to Covington City Hall on Pike Street.

And they both lived in the neighborhood even before they bought the condo together.

"Covington's just always really fit -- our network of friends, the vibe," she said. "I like the sustainable, slow growth of it."

What: Beyond the Curb urban living tour