Home Tour: 'Designer to the stars' turned this house into a high-end showpiece 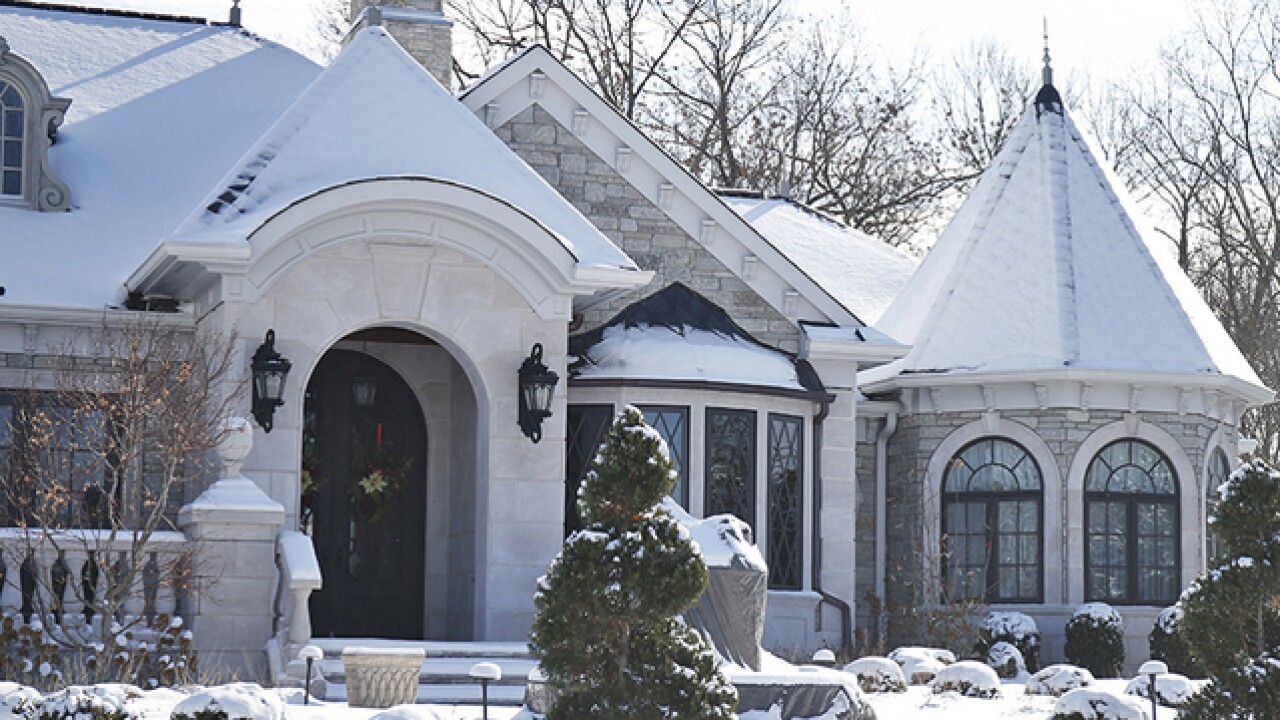 CINCINNATI -- We last hooked up with former designer-to-the-stars Doni Flanigan in March for a "before" and "after" Home Tour of a $1 million mansion makeover in Indian Hill. Circumstances killed the "after" story, so Flanigan offered to take us on a tour of an even more ambitious project he completed in 2017 for a Cincinnati executive's family.

Flanigan, whose long career in Los Angeles included jobs for Paris Hilton's mother, Kathy, and former boxing champion Oscar De La Hoya, promised we wouldn't be disappointed -- and we weren't. (Perhaps we were a little dismayed that his client requested total privacy, but this has happened before, and we knew Flanigan could handle a tour solo with panache.)

With carte-blanche design control of the project, Flanigan took what had been a large, 2001-built, stucco-wrapped house and transformed it into a high-end showpiece of his fine finishing skills and attention to Old World details. His signature gold leaf accents, shimmering Venetian plaster and heavily finished, historically correct French molding are everywhere. And in the basement, stone and tuck-pointed brick that looks to be 100 years old are front and center.

Along the way, Flanigan redid the architecture at the front and back of the house, doubled the four-bedroom house's square-footage and reinforced its structural bones so that they'll last -- he hopes -- for darn near forever.

What's different about Flanigan's work is that he chooses customers who trust his material choices. Among his selections in this case are the 1970s shag carpeting in the bedrooms, the 150-year-old Chinese wall screen in the dining room that he bought on sale in Los Angeles, the 23-karat, Notre-Dame-helmet gold dome in the office and the modern Rock-Ola jukebox in the basement.

The year-plus project includes a new master bedroom suite whose bathroom is bedroom-sized and glimmers with more than five different cuts of marble. The woman's walk-in closet is nearly 1,000 square feet of storage and dressing space. It could hold a party. The smaller man's closet is floor-to-ceiling poplar wood that has been coated so many times it feels too soft to be wood. The closet's twirling, spiral coat rack can hold up to 40 suits and the gold-leaf accents on the ceiling and walls are fit for a movie star.

Flanigan adorned the interior of the house with so much detail, there was no way I saw it all or could describe it all. So I picked two of the most unique rooms to highlight and will let the photographs tell the rest of the story.

Flanigan led us into the home through the garage to a hallway that doubles as a mud room. Off of that is the fanciest laundry room I've ever seen. In reconfiguring the house after it was gutted -- more or less -- Flanigan chose to convert the former master closet into a laundry room fit for a French chateau.

The first indication of the style to come is the room's door. Made of California knotty poplar, Flanigan and his crew of 15 -- many of whom are California artisans he flies in to do specialty work -- used chisels to distress the wood. That look concerned the homeowner, he said,  but after sanding them with steel wool and applying 19 layers of stain and lacquer he recalls that she said, "Oh, my god. I want every door in the house to be like this."

And so they are.

"Touch them," Flanigan suggested. "They feel like fine furniture."

All along the high ceilings in the room are expertly finished dentil and egg-and-dart mouldings that look as if they were right out of 19-century France. The mouldings are made of a flexible material by J.P. Weaver of Glendale, California, which gave Flanigan -- you guessed it -- flexibility in how he layered them with special finishes throughout the house.

"You can put all this great moulding in this house, but if you don't finish it, it's not the same," he said.

The laundry room cabinets were nothing special, Flanigan said, until his crew tricked them out with a crackle finish and coated them with the "finest clear coats in the world." The limestone floor tiles with black diamond accents came from Home Depot. He said he buys a big lot of tiles, weeds out the less desirable ones, and returns them for a refund.

This and other money-saving steps allowed Flanigan to put more money into adorning the house with permanent finishes, such as the laundry room's polished plaster walls, which require a technique using crushed marble.

The 75-bottle cellar used to be a homework room, but the theater is part of Flanigan's addition. He calls it "the sleepover capital of the world." And for good reason. There are nine cushy seats with LED adjustment controls that youngsters expect, sub-woofers underneath the chair platform and two inches of sound board behind the walls. And there's room for 10 or more sleeping bags to be spread out on the floor. Plus, the screen is 5-by-10 feet, and the movie sound system is "sonically frickin' perfect."

In addition to the technology of the theater, its design attains the 5-star hotel standard Flanigan wanted. Black is the new black in this room. The coffered ceiling and paneled, damask fabric wall framing is black with gilding and lush lighting. Even the mirror over the beverage and candy serving bar is black.

"I like Hollywood and wanted to give it that Old World look," Flanigan said. "We didn't spare any expense down here."

Although he said he cut corners where he could -- remember those Home Depot tiles? -- the project ended up costing about $3.5 million. That's $2.5 million more than was spent on the Indian Hill remodel we missed out on.