Home Tour: Covington couple on a 'bike ride with a mission' chanced upon the perfect house 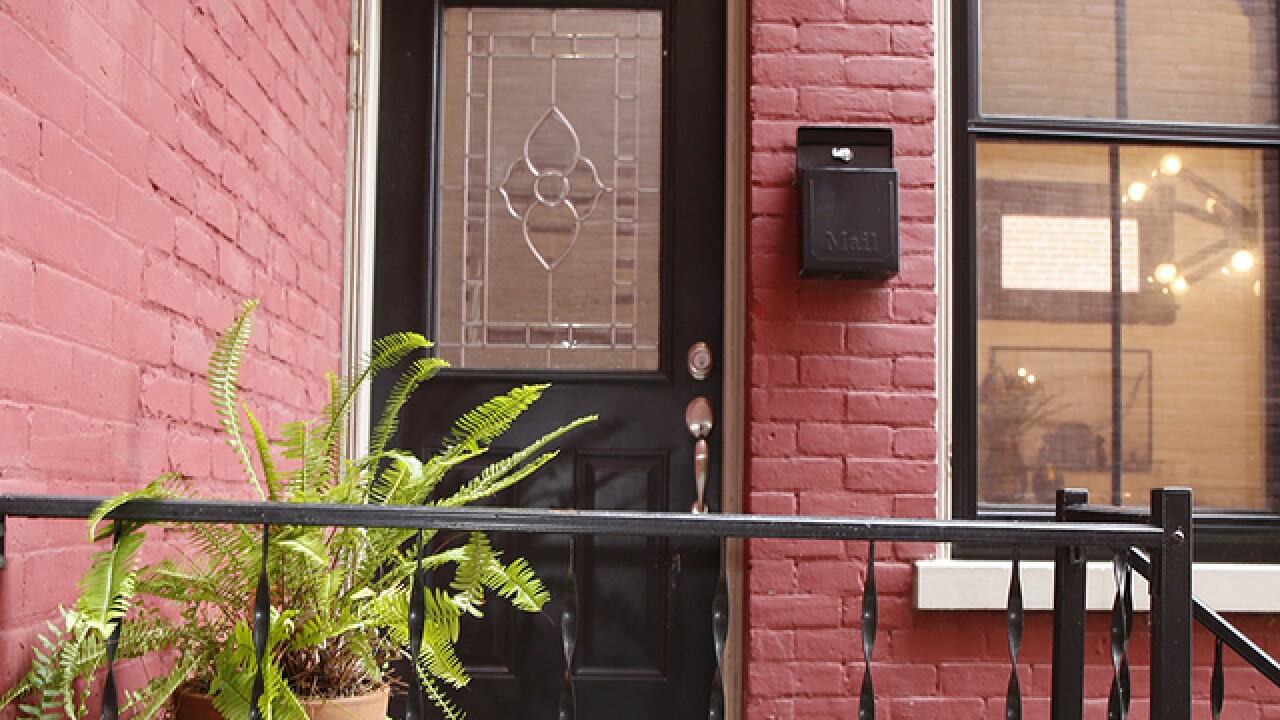 COVINGTON, Ky. -- Four years ago, Nathan and Annie Dye took a "bike ride with a mission" to find the Covington neighborhood Nathan had visited some two decades earlier.

Not only did they find the neighborhood, Old Seminary Square, they also found their new family home.

They weren't actually house-hunting. Nathan just wanted to find the little pocket of homes he remembered so fondly.

However, when biking down one of the streets, they saw a "for sale" sign in front of a 1900 red-brick Italianate house. They looked in the windows and scheduled a tour.

"We walked in and we were like, 'This is our house,'" Nathan, a freelance copywriter, said.

The couple had an apartment on the river in the Riverside Drive Historic District, only about a mile away, but with Nathan's twin daughters from a previous marriage, Hudson and Elle, and the couple's two dogs, Rae and Cassius, space was tight.

At 2,100 square feet (though it feels even bigger), the Covington home solved that problem. It also let them keep their views of Cincinnati's skyline and the fireworks after Reds games at Great American Ball Park. They liked the neighborhood-within-a-city feel and the fact that the area was kid-friendly, with easy access to a park and low-traffic streets for riding bikes.

They weren't yet engaged when they bought the home, so they called it "the brick ring."

They've now been married for three years and have added two more children to their family.

The house, once considered blighted, had already undergone substantial renovations before they bought it. At some point, previous owners added the back of the house, including the kitchen and the room above it, and the front door has been in at least two different places during the home's history.

More recently, the owner before the Dyes remodeled the kitchen and added a half bath and closet on the first floor, among other changes.

Fortunately, in making these changes, previous owners preserved the home's character. Much of the house has original woodwork, and other features, such as pocket doors, transoms and two Rookwood-tiled fireplaces, are still intact.

The Dyes took a similar approach. Although they've added touches that reflect their eclectic, modern style, such as the striking steel light fixture in the dining room, they've also taken care to keep historic features during their renovations.

Their favorite room is the master bedroom with its Cincinnati skyline views.

"It's the most personalized, too," said Annie, an audiologist.

To make it their own, they refinished its floors and painted them black, added a wood wall behind the bed, and built a closet out of wood slats painted black.

In the master bedroom, as in the rest of the house, neutral-colored walls are covered with fun, colorful art. Many pieces are screen prints by their numerous friends in the graphic-design field.

The biggest changes the couple made involved reconfiguring the second floor to better fit their family's needs. When they bought the home, they had to walk through one of the bedrooms to get to the third floor, which they use as a bedroom and hangout space for the twins, now 11. They added an L-shaped wall to create a hallway outside the second-floor bedroom, now in use by their 2 1/2-year-old daughter, Rooney.

They also converted the house from a three-bedroom to a four-bedroom. To do so, they "reclaimed" two walk-in closets, removing the wall between them to make a room that started as an office for Nathan but is now a nursery for their 2-month-old son, Bergen.

"I had too many kids and not enough rooms left, so I lost my office," Nathan said.

But the couple solved that problem, too, building a "carriage house" office in the back yard last year. It's small, but it has enough room for desks for Nathan and his brother, a freelance graphic designer who often collaborates with Nathan on projects, plus heating and cooling units, artwork by Nathan's grandmother and even a little bar.

And the building is visually appealing in their outdoor space, where they've added flower beds and artificial turf for the kids to play on (after unsuccessful efforts to grow natural grass).

With all of the Dyes' changes added to the preexisting ones, the house is a great fit for their lifestyle. Their bike ride accomplished a mission they didn't even know they were on -- finding the perfect family home.