'Urban living in every conceivable form' 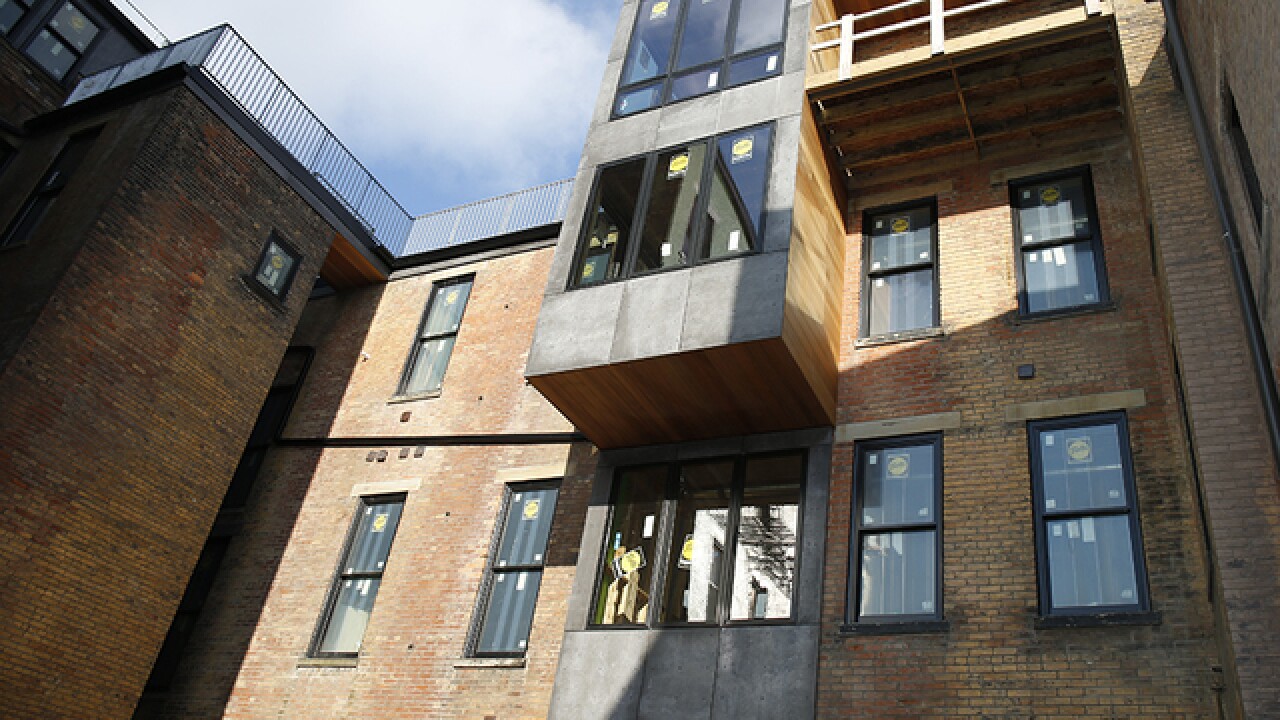 Copyright 2018 Scripps Media, Inc. All rights reserved. This material may not be published, broadcast, rewritten, or redistributed.
Gary Landers | WCPO contributor
<p>One of the units in the common courtyard at Market Square Condominiums in Over-the-Rhine.</p>

CINCINNATI -- Things are happening on the north end of Race Street.

One of those things is that a long-neglected building overlooking Findlay Market is returning to its 1876 roots as a retail and residential space.

Two modern condos in that building will be part of the Over-the-Rhine Holiday Home Tour Saturday, Dec. 8. It will be the largest year yet for the fifth annual tour, a fundraiser for Future Leaders OTR. Stops will include 17 residences and an additional five shops or restaurants where tour goers can have a bite, grab a drink or even take in a cooking demo. (The latter will be at Artichoke, 1824 Elm St.)

Tim Hinde and Holly Redmond are the Coldwell Banker West Shell listing agents for the condos at 1800-1802 Race St.

"Model Group developed the whole 1800 block" of Race, Hinde said, pointing out the variety of new businesses -- a bakery, coffee shop, smoothie shop and grocery store -- that have recently opened there.

The newly renovated condos were part of that development. Market Square Condos includes 11 residences in three buildings, including the one at 1800-1802 Race, that will share a condo association and a common courtyard.

Hinde said that a restaurant will be on the first floor of that building, with five condos filling the floors above. He points out that that's how the building was initially used back in 1876.

"(Findlay) Market was open in 1852," he said. "This was built across the street and had retail below.

"It's kind of cool -- it was completely distressed and vacant, but it's now going back to its original use," he added.

Both condos have views of the colorful buildings and flags of Findlay Market from the living rooms. Each also has a garage in the alley behind the building, elevator access directly to the unit, hardwood floors, quartz countertops and graphite appliances. The building is LEED-certified, which means the units have the corresponding efficiencies and a 10-year tax abatement.

Hinde considers the location -- convenient to Findlay Market and on the streetcar line -- is one of the best amenities.

"You're right in the thick of the neighborhood here," he said.

That's one of the advantages of the Over-the-Rhine Holiday Home Tour, too.

"The tour's going to take (attendees) past all kinds of great shops … and some of the best food in the city," said Eric Hammer, a board member with Future Leaders OTR and a co-chair of the organization's Holiday Home Tour committee.

Although it's the fifth year for the tour, it's the first time it has had stops north of Liberty, he said. (About half of the homes are in that area, near Findlay Market, and the other half are just south of Liberty.) In the past, most of the homes were in the Washington Park area.

"We're in a part of OTR that's actively undergoing redevelopment," he said of the tour stops. "We thought the area around Washington Park was well-established, so we started pushing further north. We're taking it to new streets and to different kinds of properties this year."

The tour is the primary fundraiser for Future Leaders OTR, a nonprofit that provides scholarships to neighborhood kids.

Buying a ticket for the tour can help with that -- and get you into some interesting residences, many of which are on the market, in Over-the-Rhine.

"Urban living comes in every conceivable form," he added. "We have this amazing diversity of structures."