Home Tour: Another chapter comes to a close for Frank Lloyd Wright’s Boulter House in Clifton 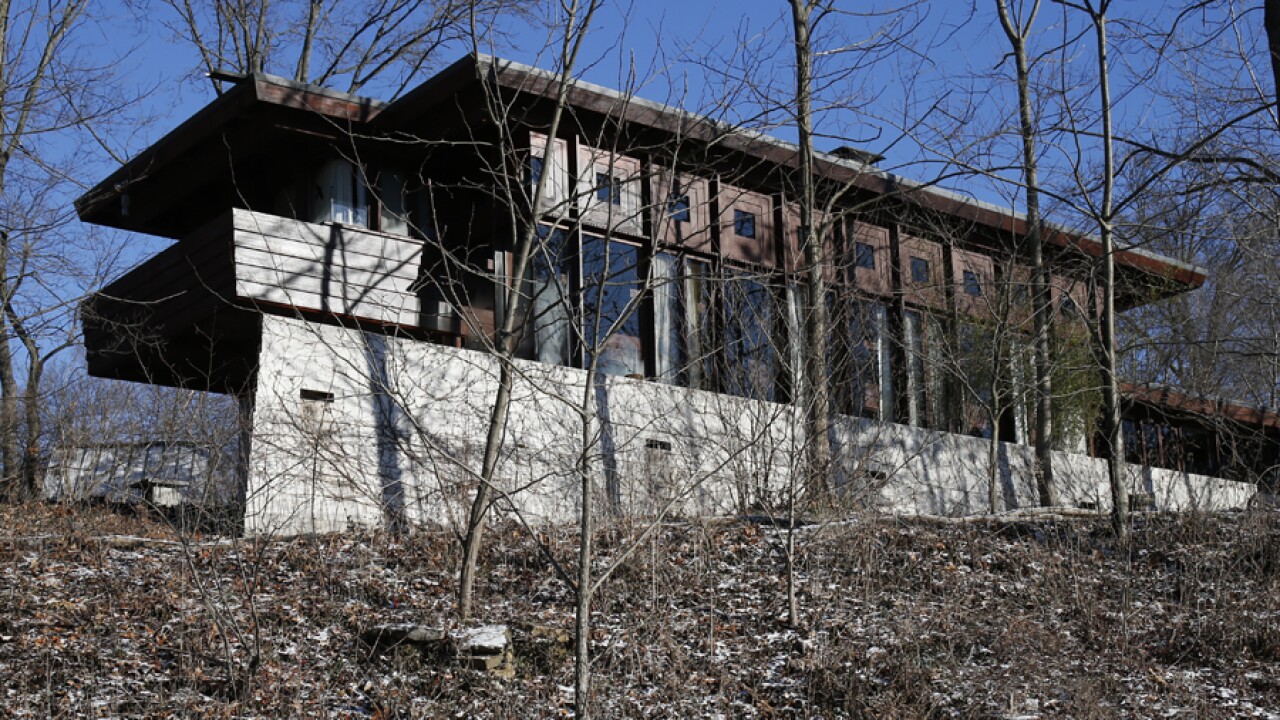 Chuck Lohre and Janet Groeber are among the rare locals who’ve lived in one of them. They bought Wright’s Boulter House 15 years ago, becoming only the third owners of the 1956 Clifton home.

Now, they’re closing this chapter as owners of the two-story Usonian-style structure in concrete, glass, African and Philippine mahogany, and Douglas fir. The sale on the home, listed at $695,000, is pending.

In the interim, they’ve made their mark on the house -- and it on them.

Lohre studied architecture, including Wright, at the University of Kentucky before leaving to work for his father’s industrial marketing company, Lohre and Associates.

“Thirty years later, I was able to rekindle my interest in architecture,” he said.

“This was my dream home,” he added. “I was just ecstatic. After ending my architecture career, I wound up in this house and learning from Frank Lloyd Wright.”

The curriculum that came with living in one of the architect’s creations included subjects ranging from its history to how to maintain it.

Classics scholars Cedric and Patricia Boulter (Cedric taught at the University of Cincinnati) were the original owners of the home, but it wasn’t designed specifically for them, Lohre said.

“They repurposed the plans from a house in Oakland, California” that was never built, he said. “This house was designed to be in the woods.”

Architecture professor David Gosling and his wife, Miriam, bought the house from the Boulters in 1987. They relocated from England and, like Cedric Boulter before him, David taught at the University of Cincinnati.

Gosling made a big change to the home by enclosing the carport and patio. That created a dining room and connected a freestanding room, once the Boulter children’s playroom and, later, Cedric Boulter’s study, to the rest of the house. The Goslings used the room as their master bedroom, something the home had previously lacked: Its four original bedrooms are only 98 square feet each and seem better suited for a ship than a home.

“These are microscopic bedrooms -- you have to move the bed to access the closet,” Lohre said.

Of course, this is a Wright design, so the bedrooms aren’t the focus of the 2,500-square-foot home. The showstopper is the massive living room, complete with Wright features such as long, horizontal built-in benches and bookshelves and 10-foot windows on three sides that let the outside in. Four of those windows open, allowing visitors to flow between the living room and the terrace along with the cohesive 4-foot by 4-foot floor grid.

“It really makes a beautiful place to mix and mingle while you’re hosting parties and events,” Lohre said.

When Lohre and Groeber bought the house, they made their stamp on its history by restoring the kitchen, bringing back the original red Formica countertops and restoring the cabinets, and by finishing the previously unfinished master bath in a similar style to the existing bathroom with the help of local architect Chris Magee. They planted trees to “reforest” the ¾-acre property, and they added trails and a wildflower garden.

They also made a lot of fixes, including work on the boiler and the roof, and practical changes, like pumping foam insulation into the concrete walls. The latter cut the home’s energy bill 15 percent.

That’s important to Lohre. His rekindled love of architecture also sparked an interest in “green” building. That led him to start Green Cincinnati Education Advocacy, a division of Lohre & Associates that promotes green building and sustainability. His office is certified LEED (Leadership in Energy and Environmental Design) Platinum, and he is a LEED Accredited Professional (AP). He hopes to make the couple’s next home, in another part of Clifton, a net-zero energy home.

“It’s really been life-changing for me, in a way that I’m taking it with me,” he said of living in the Boulter House. “This was just the catalyst for it. It’s given structure to (my) curiosity.”

Although Lohre feels he learned all he could from living in the home, it still has a secret he can’t quite crack.

“It’s amazing to think that a building can affect your emotions,” he said. “You can be changed by concrete and glass. This house is so inspiring with such simple materials.

“That’s a never-ending story: How does this house have an emotional effect?”