Home Tour: An antebellum Italianate treasure in a Northern state but with a Southern flair 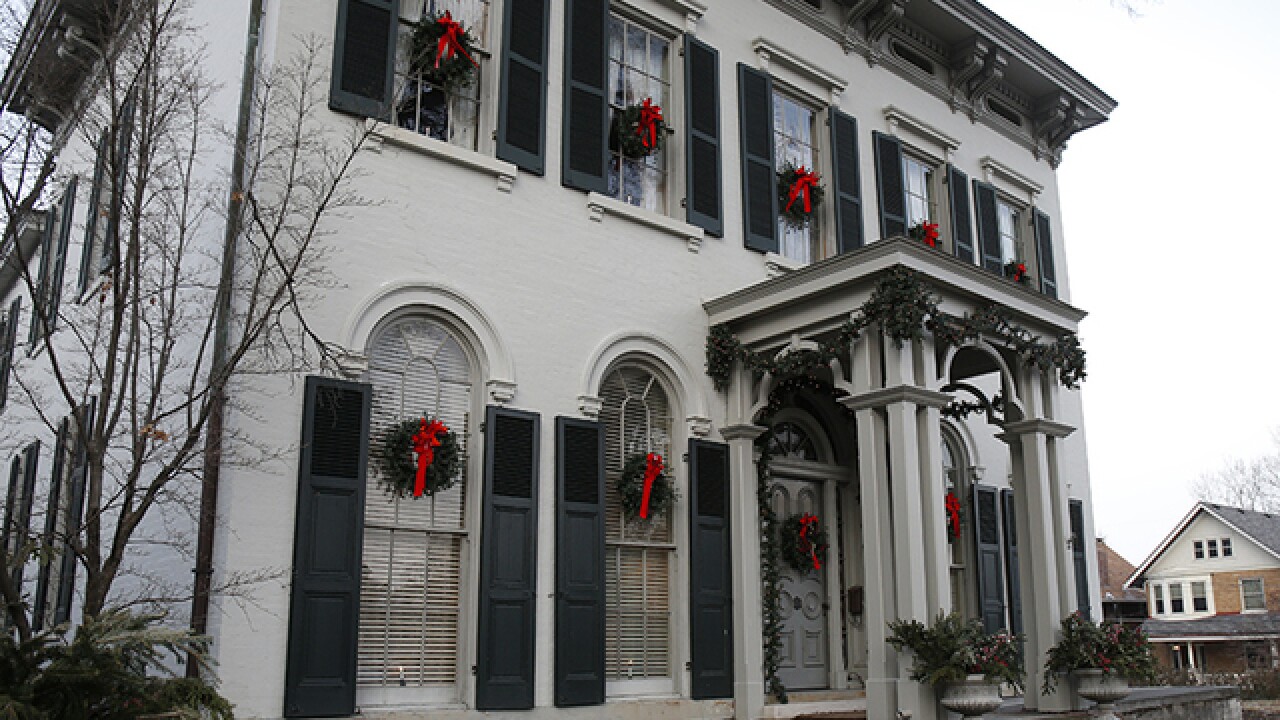 CINCINNATI -- Were I still young and reckless, the first thing I'd do in Phil and Susan Cameron's East Walnut Hills home would be to slide down its 157-year-old bannister -- starting on the third story, screaming around its switchbacks and landing like a gymnast in the entry hall.

Being old and cautious, however, I chose to admire its graceful lines and top-to-bottom carpenter's lace and to wish my own enclosed case had its easy-riser steps.

The Camerons, who reared four children in the house they bought in 1984, were still clearing away the remnants of their family Christmas when we visited. As a result, we only toured the first floor of the four-bedroom, 3,779-square-foot Italianate home, although we did photograph the staircase from the top down.

Successful dry goods merchant Bernard H. Moorman had the home built for his family right before the Civil War broke out. Although located in a Union state, the Moorman House has a Southern flair with several floor-to-ceiling, walk-out windows like those found in stately New Orleans homes I've toured.

The symmetrical home sits high above McMillan Street on the corner of Moorman Avenue. Its 1860 Italianate architectural features, such as the four hooded windows and a wooden side porch on the first floor, are unaltered. It is as handsome as the first day estate attorney Phil Cameron spotted it while attending the University of Cincinnati School of Law in the 1960s.

"I drove past it, threw on the brakes and backed up to look at it and said 'Oh, my god,' " Phil recalled. "It registered in my mind that it was a beautiful house, but I never dreamed I'd live here."

Phil and Susan Cameron, who grew up in old houses and were sweethearts at McClain High School in Greenville, Ohio, married in 1968 after graduating from Hanover College and Miami University, respectively. The young lawyer and first-grade school teacher lived in an apartment in Clifton before buying a house in Hyde Park and having four children.

They had run out of room in their home of 13 years and considered adding on to it. An architect said their only option was to build up. The Camerons' aversion to that possibility slung them into the housing market. It was a salvage sale at the East Walnut Hills home of Wooden Nickel Antiques co-owner Mike Williams and his wife, Patty, that brought them to the neighborhood. Accidentally, they passed the Moorman House and saw a big "for sale" sign in the front lawn.

They put an offer in for the vacant house that same day. Its owner, they said, was overwhelmed by the renovation project she had started, but the Camerons had redone two nursing homes on nearby Upland Avenue and were unfazed by the unfinished condition of the Moorman House.

They redid the kitchen, bringing in a 1923 Magic Chef range with six burners and two ovens and beautiful old cabinets Wooden Nickel had salvaged from a butler's pantry in Norwood. The parlor had been unused for decades and required attention, and the two mantels in the living room were missing, but the experienced couple found replacements at Wooden Nickel on Central Parkway. Other "finds" came from Main Auction Galleries on West Fourth Street and various area antiques shops.

"I remember sitting in the other room," Susan said while serving her guests tea in the living room, "and saying 'Oh, my god, how are we going to fill this place?' Let me tell you, it's not that hard."

The Camerons are just the second family to live in the house.

The last of the Moormans there, Bernard Moorman's granddaughter and Withrow High School English teacher Hilda Moorman, died in 1981. Her family, the Camerons said, took wonderful care of the house, changing it little except for the 1870s addition of an indoor kitchen and half-bathroom off the back. The house was plumbed then, as well.

The Camerons have proof that their house has changed very little in a reproduction of a watercolor painting that shows the Moormans in front of the house, including a young boy riding a velocipede.

The ceilings rise to 12 feet in the original house's first floor. Dramatic, cream-colored "elephant ear" trim encases the doors and windows in the green living room. Like the other original rooms on the ground level, its floors are made of pine planks hewn when the house was built. Half-inch gaps between the floor and baseboard plinths suggest that the floors originally were carpeted wall-to-wall, which was a sign of luxury and wealth in the mid-1800s.

Unusual to the old floor plan is the deep living room. Typically, an 1860s Italianate house would have parlors of similar size flanking the entry hall. Each would connect through central arches to a back room. That's the case on the west side of the Moorman House, but not on the east side.

That little design oddity has been a godsend for the Camerons' large family, as it likely was for the Moormans, whose tradition of hosting a big holiday party was revived by Phil and Susan. The long, central hall is popular with Susan as well.

"Susan had a vision when we first walked in of where she'd put the mural (in the hall) and where we'd put the Christmas tree (centered between windows in the living room)," Phil said.

The mural, which fills both hall walls and was painted for Susan by Art Academy of Cincinnati graduate Jeff Sutherland, is a westward view of the Ohio River that features four American flags and two steamboats, the Effie Afton of Cincinnati and the Annie Laurie of Covington. Looking closely, visitors will find the Moorman House, St. Rose Church, the steeple of St. Francis de Sales Church and the Kemper Log House tucked into the wooded hillside.

The Christmas tree -- still up during our visit -- is an equal marvel. Reaching almost to the ceiling, the Fraser fir holds hundreds of pre-World War II ornaments made in European countries such as Germany, Poland and Czechoslovakia. Some are more than 120 years old, and together they create a monochromatic pink color scheme.

Also old are two structures behind the house: the original carriage house/stables and detached kitchen, which houses its 1860s sink. The Camerons built a single-car garage between the two structures and maintained the architectural integrity of the property by matching their gothic, decorative trim.