Home Tour: After sitting in the street for two weeks, this 90-year-old barn has found new life 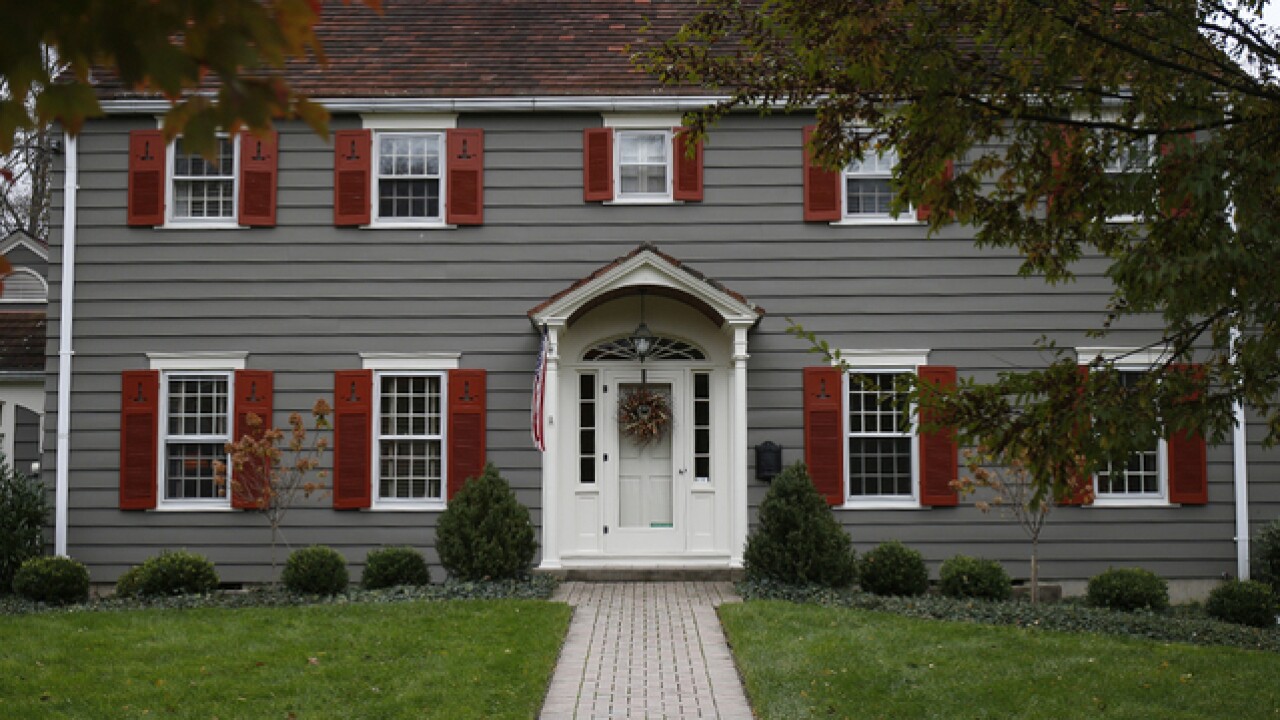 Copyright 2017 Scripps Media, Inc. All rights reserved. This material may not be published, broadcast, rewritten, or redistributed.
Gary Landers | WCPO contributor
<p>The front exterior of the Glendale home of Steve and Renee Locker.</p>

GLENDALE, Ohio -- Steve and Renee Locker's traditional home in Glendale had a very non-traditional beginning. It started as a barn a half-block away. Then it sat in the middle of the street for two weeks while its new owners tried to figure out how to get it past a big tree limb and onto its new foundation.

"Back in 1929, when the barn was moved, the streets were still gravel," Steve said. "It sat there for two weeks until a block-and-tackle guy came and lifted the limb. People in the neighborhood wanted to burn it down because it was in their way. It had to be guarded by the police every night."

Once in place, the barn was transformed into a single-family home. Later in its life, an addition gave it a bigger kitchen. Looking at it from the outside or inside today, you'd never guess it had been a barn.

The way the Lockers talk about the nearly 90-year-old house they've lived in for 23 years gives credence to the cliche "home, sweet home." It might seem big from the street, but the house's old-school, formal layout creates intimate spaces within, and the Lockers' antique furnishings and collections make it a warm and welcoming place.

"We actually like all the rooms, not an open concept," Renee said. "And the little TV room off the kitchen ... It's perfect for a couple and a cat."

The Lockers -- he's from the Hamilton area and she grew up outside Kansas City, Missouri -- moved into an old Tudor house in Hamilton in 1988 after getting married. Steve, who is a semi-retired office furniture salesman, required easy access to a major freeway, so when the couple started looking for homes in Cincinnati, they scoured Indian Hill and Hyde Park.

A realtor friend steered them to the close-knit village of Glendale.

"I actually fell in love when we walked in, seeing straight out through to the backyard. I thought that was lovely. And it had a renovated kitchen. We had done that once and didn't want to do it again," she said.

Those were selling points for Steve, too, but so was the three-car garage. He owns two vintage sports cars, and they each had a daily driver. By vaulting the ceiling, the Lockers were able to install a lift for the fourth car.

Other improvements the Lockers made to their home include converting an entry hall coat closet into a narrow powder room with a tiny 10-inch by 12-inch sink, remodeling the other three bathrooms, upgrading the electrical and plumbing systems, installing storm windows and painting inside and out.

One of their two Pearsall and Embree clocks dates to 1786 and is almost identical to the one in the White House's Oval Office, Renee said. Their 1770 Gowan Brown clock in the living room is topped with three gilded acorn-and-flame finials that nearly touch the 8 1/2-foot-high ceiling.

Two archways -- one from the dining room and another from the entry hall -- lead to the formal living room. Wood-paneled shelves flank a brick fireplace across the room. A small table takes its spot in front of it, as tables did in rustic cabins of the pioneer days.

"Yes, it's wood-burning," Renee said of the fireplace. "It's about ready to go into heavy rotation. We eat dinner at this table in the winter."

Three steps down at the far end of the room is Steve's office, which is the same size as a reading room off the master bedroom directly above it. Wood-trimmed windows keep the room cheery, and more antiques -- a mid-1800s American rifle, an early 1860s British rifle with bayonet and a wall-mounted ship's barometer handed down through Renee's family -- add to the ambience.

The breakfast nook has three tall arched windows that show off the Lockers' towering old oak tree in the backyard. Featured artwork includes a walking stick made out of a dramatically twisted tree root that hangs above the opening to the dining room.

Lightly stained butcher-block countertops in the cooking center are offset by richly hued cherry cabinets that include a slatted rack for plates. Two beams with hidden mood lighting span the room, and two recessed skylights let in needed natural light.

A hall dividing the kitchen and nook has facing wood-framed glass doors to the driveway and back patio. Off the hall are the laundry room, a full bathroom, a mud room and door to the attached garage.

All four coved bedrooms are off a central hall at the top of a double-turn staircase that features a window to the street that lines up to a leaded interior window. The Lockers enlarged their master bathroom's shower stall by removing a closet and installed a large Jacuzzi tub.