With gardens that evoke the palaces of Europe
Posted: 5:00 AM, Jul 27, 2018
By: Shauna Steigerwald | WCPO contributor 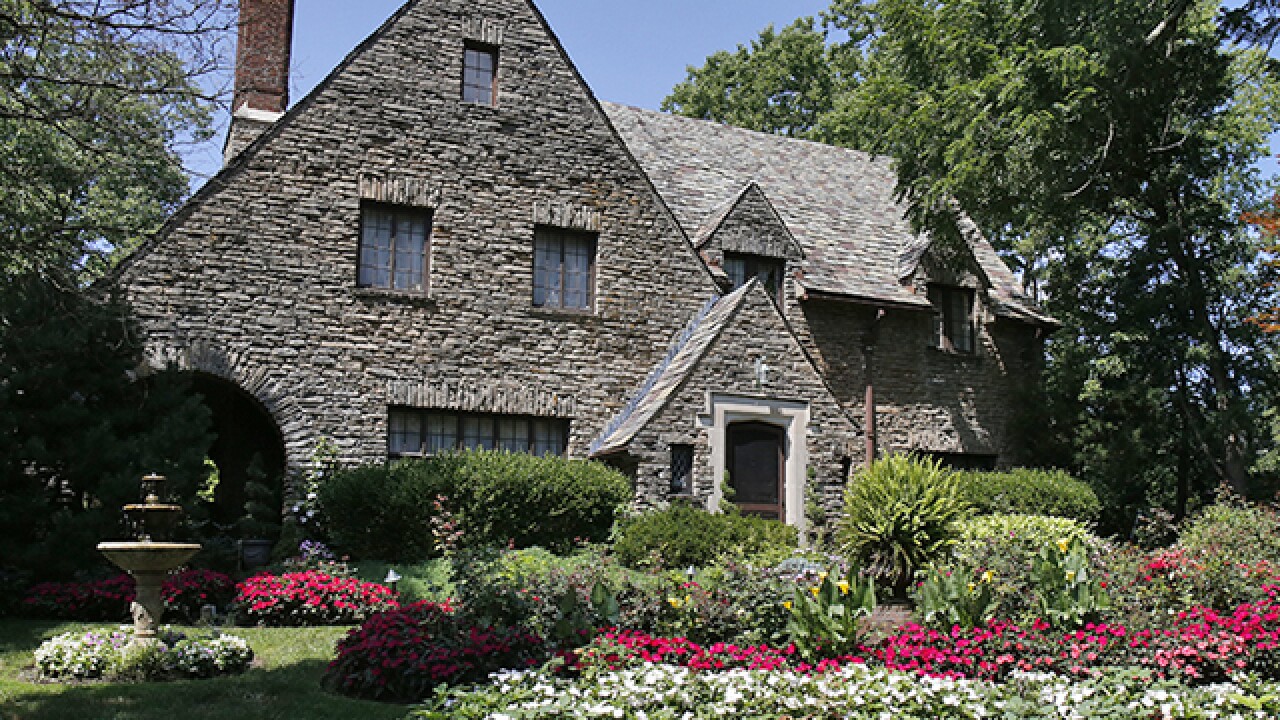 That was 30 years ago. Today, the home's potential has been realized, and the natural setting has been made more beautiful thanks to all of the hard work Sugarman has put into the 9.5-acre property over the years.

The home also had history.

Dewitt Collins Lee, a Covington attorney, bought the land in 1922. He not only built his own home there, but he also became one of the earliest developers of Park Hills. Charles Cellarius, who also designed buildings that include the Jessie Preston Draper Memorial Classroom Building on the campus of Berea College, was the home's architect.

Sugarman, a retired urologist, said the slate roof that's still on the home today was imported from Europe.

Subsequent owners made changes that covered up other original features. When Sugarman bought the home in 1988, his first order of business was a renovation aimed at restoring the original Tudor character: Removing drop ceilings to reveal beams in the living room; pulling out shag carpet and linoleum to uncover hardwood floors; stripping paint from the woodwork and returning it to its original dark stain.

In the intervening years, he has filled his home with pieces he collected from all over the world. Many are antique or classical in style: There are classical sculptures, oil paintings and antique furniture, and old books fill the little library room and shelves throughout the house.

African masks and Asian art, for which Sugarman developed an affinity in college, are also on display.

Collecting has just always been a hobby for Sugarman, who moved to Cincinnati from his native Massachusetts to attend the University of Cincinnati College of Medicine in 1964. (Other than the four years he spent in the Air Force, he has been here ever since.)

"I was a collector as a kid, of baseball cards and that sort of thing," he said.

Gardening is another pastime, which Sugarman said he developed "out of necessity." When he bought the house, woods full of honeysuckle and poison ivy came right up to the driveway, and the front yard wasn't much of a yard.

"The only thing that was here was dead crabgrass," he said.

Today, that former patch of dead crabgrass is filled with colorful flower gardens set off with lush green grass. Sugarman said he was inspired by European gardens, including the Medici Gardens in Italy and Versailles in France, to create individual gardens with grass pathways around them throughout the yard.

Crossing the breezy side porch, where statues and potted evergreens create a Tuscan feel, leads to where the woods once met the driveway. Thanks to Sugarman's continued work throughout the years, stone pathways now lead through sculpture-dotted gardens down the hillside, alongside remaining woods.

Some of the sculptures have their own stories. Sugarman bought two statues while traveling in Greece and had them shipped home. A column was once part of U.S. Custom House and Post Office, built in Downtown Cincinnati in 1874 and later torn down, Sugarman said.

While adding gardens, Sugarman has also added land, buying four acres to supplement the five-and-a-half upon which the home sat when he purchased it.

He hasn't created the outdoor space with any specific vision. He's just done what has suited him over the years.

Today, it's clear that the property suits him well.

"It's a little bit of heaven five minutes from downtown Cincinnati," Sugarman said.