'Literally everything in the house is new' 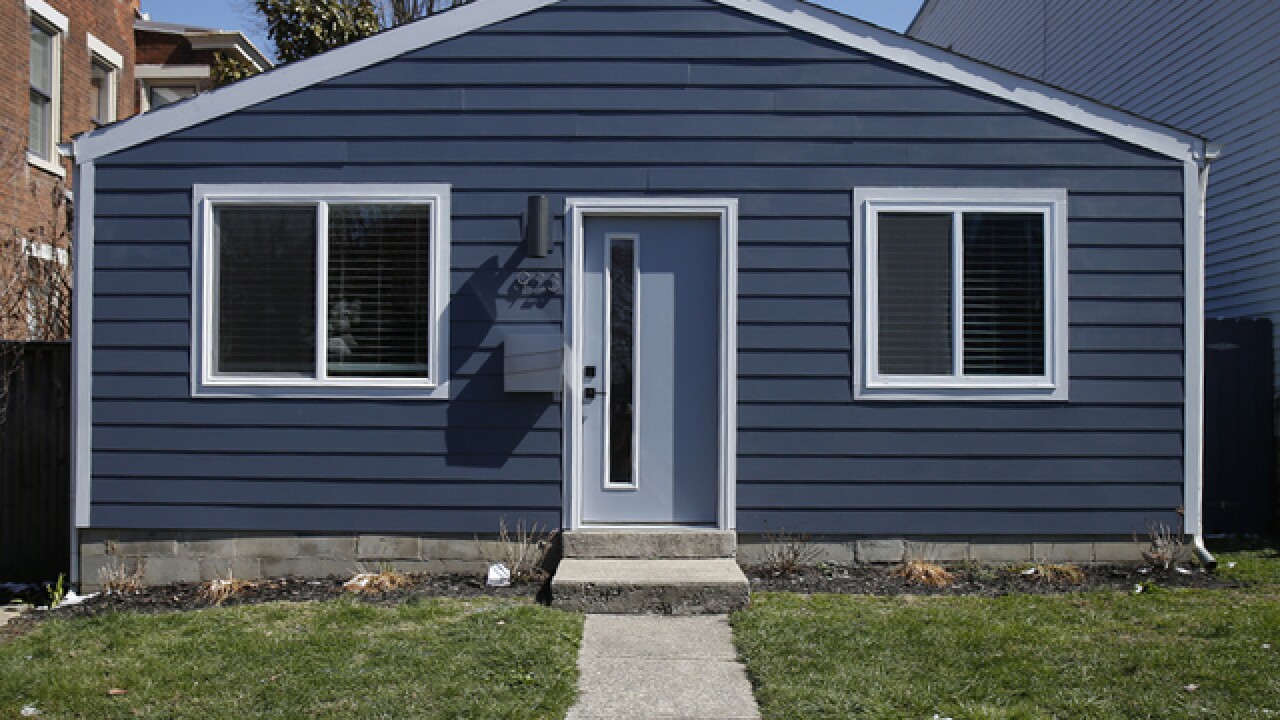 NEWPORT, Ky. -- Driving through Newport's East Row Historic District, a small ranch house stands out among its mostly taller peers. There's a reason for that: The two-bedroom home occupies a lot where a row house burned down in the 1980s.

The ranch was built there in 1990. When Duane Cronin and his business partner bought it last May with plans to renovate and sell it, the 1,050-square-foot home had been empty for about five years and was in bad shape, he said. At some point, someone had even driven a car into the front of it, and the damage remained when he bought it.

As they started work on the home, something unexpected happened: Duane and his wife, Nicole, fell in love with it.

They had moved to the area in February 2017 for his investment business. After renting an apartment in Covington, they decided Newport was the place for them.

"After living all around, this is the most beautiful neighborhood I've ever seen," Nicole said.

And the couple has certainly lived in a variety of places. She's originally from Vancouver. They met at Western New Mexico University, where she played golf and he played football. From there, they moved to Denver, not far from Duane's hometown, while Nicole attended nursing school. After five years there, they were off to Seattle, where they spent another five years before moving to the Cincinnati area.

Although they were excited about living in Newport generally, the house itself had draws. A large garage, unusual in the area, was one of them. The small, quiet backyard didn't hurt, either. Plus, it had two full baths.

They also had the vision to see beyond what the space looked like and imagine the open, modern home they moved into last fall with their two dogs (Ella, a French bulldog, and Oliver, a boxer). Almost everything that was there when they bought the home is now gone.

"Literally everything in the house is new, including most of the interior walls," Duane said.

They've taken steps to make the most of the space, opening up what was a galley kitchen with a small doorway to the dining and living rooms. In the new, open kitchen are black counters with white marble countertops and coordinating black wall tile.

Among other highlights of the remodel are the polished concrete floors. Duane took up the laminate and vinyl flooring to reveal the concrete, which he then ground and sealed.

What's also noticeable is the lack of clutter.

In Colorado, they had 2,700 square feet of living space.

"We collected a lot of unnecessary things," Nicole said.

After that, though, their spaces got smaller, some as little as 600 or 700 square feet, she said. Simple and minimal made sense then, as it does now in their small ranch home.

The pieces they do have are a blend of their tastes.

"It's definitely a mix of new and old," said Nicole, who is pursuing her doctorate in nursing at the University of Cincinnati with an eye toward becoming a nurse practitioner. "The modern comes from him, and I like to shop for old things."

Among her most interesting finds is a vintage traveling chest that now serves as a coffee table.

Also interesting is the fact that the couple created much of the art that decorates the walls. Letterpress prints, including one by the front door that reads "once a year, go someplace you've never been before," are Nicole's handiwork. She learned the technique to create their wedding invitations and was hooked, taking classes and then assistant-teaching them.

But she isn't the only one with artistic inclinations. A painting in grays and browns that hangs in the dining area is Duane's, created during college.

Outside of the home, they've already replaced the vinyl siding out front with fiber cement siding. In the back yard, they added a small deck, which meant jackhammering through the dirt and bricks that once made up the row house's foundation. This spring, they're adding pavers and a garden area between the deck and the garage.

All in all, what Nicole said was once "the ugly duckling on the block" is now anything but. Last fall, it was even featured on the "Beyond the Curb" urban living tour.

Perhaps a better bird metaphor would be a phoenix rising from the ashes.