Commentary: What infant mortality in Hamilton County looks like up close 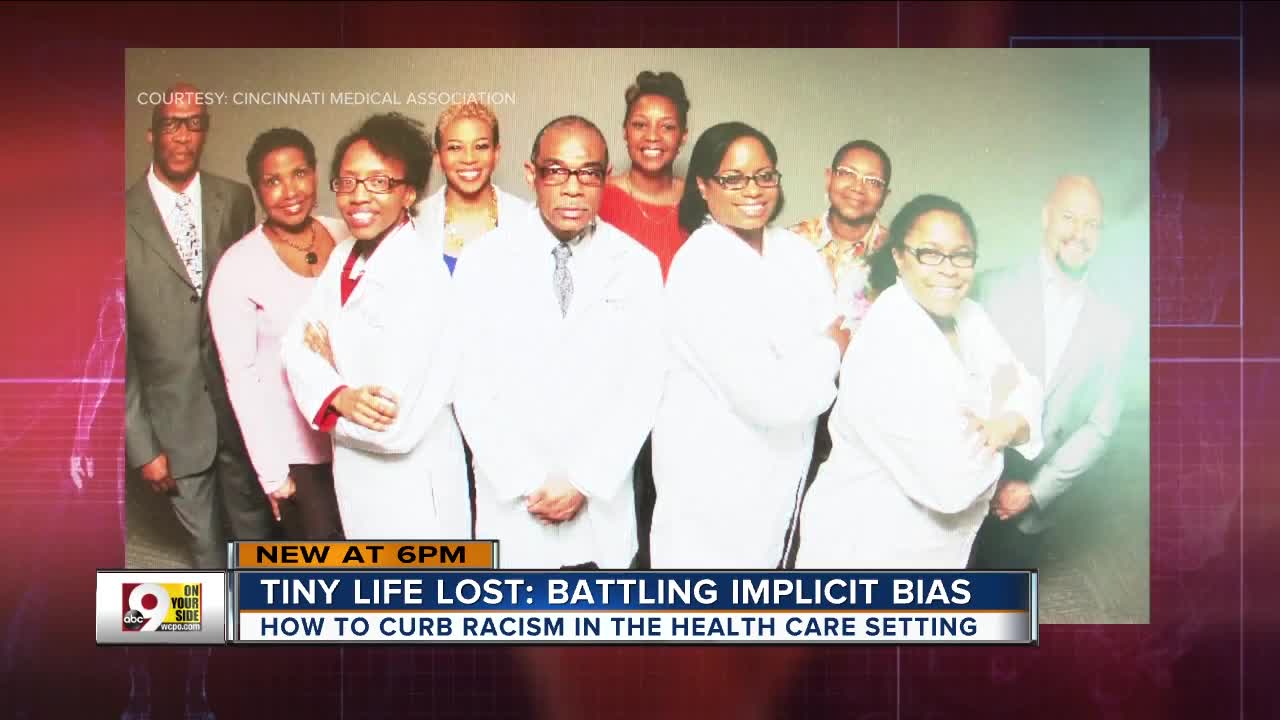 Obstetricians don't intentionally set out to provide black mothers with lower-quality care, but implicit bias — tiny, subconscious beliefs they might not realize they hold — can lead to them to take pregnant black women's concerns less seriously and treat their complaints less urgently. The victims? Black babies, who have a higher infant mortality rate than white regardless of their parents' education, income or insurance status. We wanted to know how our community, which has one of the highest infant morality rates in the nation, is working to help everyone — from doctors to mothers to babies — bring the numbers down.

Brandi Rahim, MSW, LSW, is a licensed social worker for Cradle Cincinnati Connections. In this role, she assesses the physical and mental health needs of moms and moms-to-be and connects them with local resources in order to reduce barriers to prenatal care and effective parenting.

Masiah Johnson. Titan Johnson. Byron Marcel. Blake Marvel. Aubrey Elise. Infant mortality took these black babies from their moms — women who are my family and my friends. While I work as a licensed social worker with Cradle Cincinnati, infant mortality is an issue that is very close to my heart.

When she was pregnant, Masiah’s mother told doctors that she had a terrible headache. Because this wasn’t considered an urgent matter, they scheduled her for an appointment the following day.

Before tomorrow came, her placenta detached from the uterine wall, and she started bleeding internally. Her kidneys began to fail, but her physicians didn’t know this yet because tomorrow was not here. Preeclampsia took Masiah.

On that same day, Titan’s mother was admitted to the hospital 30 weeks into her pregnancy for preterm labor. It was too early for Titan; he was not ready for the world. He never cried and never laid eyes on his mom and dad.

Byron and Blake's mother was overjoyed with the thought of twin boys. During pregnancy, she was hospitalized for preeclampsia. She was discharged despite feeling uneasy, but she trusted her doctors’ judgment. Unfortunately, this led to something she couldn’t prepare for: two funerals.

Aubrey Elise’s mother didn’t feel her movements. She was born sleeping at 34 weeks, and her mom developed postpartum preeclampsia after delivery.

Most of these babies died a preventable death. Their mothers were all black women in my life.

Research tells us that this is not Mom or Dad’s fault. This is not because of genetics. This is not related to income. In fact, a black woman with private insurance is more likely to lose her child than a white woman with public insurance.

I am a married mother of four with a bachelor’s degree and a master’s degree. I have a full-time job and am privately insured. In spite of all of this, I am physically and mentally exhausted because I obsessively wake up in the middle of the night to see if my own baby is still breathing. Will my blackness kill my baby? This terrifying question fills my head every night.

Black babies are dying because of the effects of racism, which can be seen through the ongoing cycle of stress that generations of black women have faced. Blackness is killing our babies, and no one is talking about it.

As a member of Cradle Cincinnati, my team and I are not only creating dialogue on the topic of black infant mortality, but we are also executing a strategic plan to reduce preterm births, eliminate sleep-related infant deaths and promote what we know about reducing birth defects, all in an effort to increase the survival rate of black babies.

As a society, we have failed black moms, and it is time that we show up for them. Businesses and organizations can help close economic and social gaps for black families by joining the work of All-In Cincinnati. Healthcare providers can engage in diversity and inclusion trainings to better serve their patients. And we can all empower black moms to advocate for themselves and speak up when something doesn't feel right during pregnancy.

Brandi Rahim, MSW, LSW, is a mother of four and native Cincinnatian who is dedicated to improving the birth outcomes of black women.