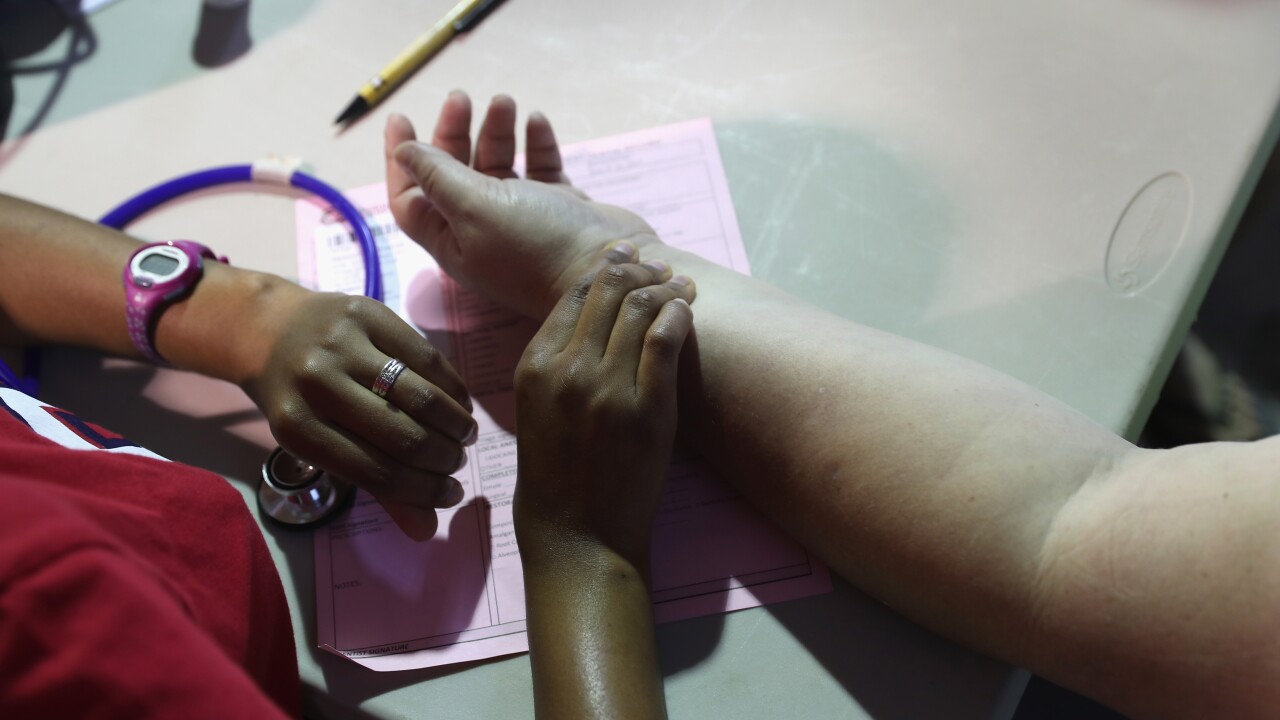 John Moore/Getty Images
WISE, VA - JULY 22: A nurse takes the pulse of a patient at a free health clinic on July 22, 2017 in Wise, Virginia. Appalachia residents received free medical, dental and vision services at the Remote Area Medical (RAM), clinic held annually at the Wise County Fairgrounds in western Virginia. Wise County is one of the poorest in Virginia, and many of its residents have no dental insurance. (Photo by John Moore/Getty Images)

TOLEDO, Ohio (AP) — Nurses and technicians and support staff at an Ohio hospital are on strike after an agreement was not reached with management on issues including overtime policies and health care costs.

More than 2,000 health-care workers at Mercy Health St. Vincent Medical Center in Toledo went on strike shortly after 4 p.m. Monday. Nurses, paramedics, physical therapists and custodians are among those on strike. They're represented by the United Auto Workers.

The hospital is one of the largest in Toledo.

St. Vincent President Jeff Dempsey declined to discuss the hospital's plans to replace workers on strike but told The Blade that the hospital was prepared to handle a walkout.

Mercy Health said last week that it made a generous contract proposal that includes wage increases.