Upgrading your space while stuck at home? Get it insured 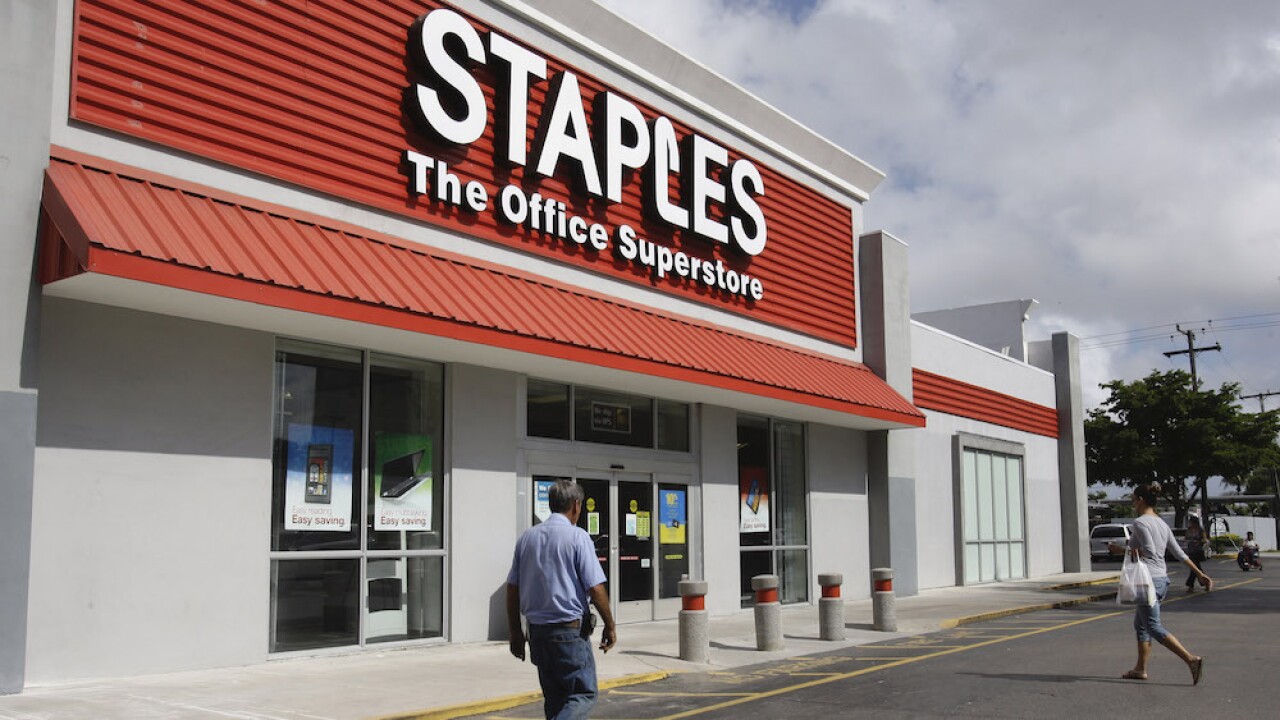 Lynne Sladky/AP
FILE-This Tuesday, Nov. 15, 2011, file photo, shows a Staples office supply store in Miami. Staples is speeding up the closure of about 15 of its U.S. stores and plans to close 45 stores and some delivery businesses in Europe. The office products company also said Tuesday, Sept. 25, 2012, it will invest more in its online and mobile efforts and will expand the product assortment that it offers to its business customers. (AP Photo/ Lynne Sladky)

As many Americans face months on end stuck indoors, some are using their time (and money) to create a change of scenery or upgrade their surroundings. Office equipment purchases are on the rise, and people are tackling more renovation projects than usual.

But expensive new stuff and significant home improvements can leave you underinsured. If you’re considering making changes to your home — or if you already have — it’s smart to revisit your homeowner's or renter's policy. Here’s how to ensure it covers the new additions.

Tell your insurer about your plans

There’s a good chance you’re underinsured before you even make changes, according to Don Griffin, vice president of personal lines at American Property Casualty Insurance Association. Talk to your insurer before making any expensive purchases or changes to your home to inform the company of your plans and clarify your policy’s current coverages and limits. If your home costs more to replace after you’ve improved it, some insurers will pay the new expense to rebuild, but “that’s not every policy, and it may not cover everything you need,” Griffin says. He also recommends once a year reviewing what your home insurance policy covers.

In some cases, you may need to change carriers to get the coverage you need. Frank Jones, an independent agent and partner at Mints Insurance Agency in Millville, New Jersey, has seen clients switch insurers because an addition wasn’t covered. “It’s in your best interest to have these conversations now rather than to have a claim denied,” he says.

A new desk and computer for remote learning, plus that monitor and chair in your home office, will add up and could exceed your personal property coverage limit.

Renter's insurance policies cover your stuff, but they have limits, too. If you have new electronics or office equipment, check with your insurer to make sure you have enough coverage for them.

Make an inventory of your property

To help you know if you’ve exceeded your policy limits, keep records of what you buy. In fact, Griffin recommends taking inventory of your belongings every year — a written inventory is best, but even a simple smartphone video tour of your home will suffice.

Losing a home is an emotional time, Griffin says. When it’s time to file a claim, “you don’t always remember what you have.” An inventory will clearly show what you had before a disaster and will make the claims process easier.

Structural changes, such as a full kitchen replacement or adding an in-ground pool, will have the greatest impact on your homeowner's insurance. But even something as simple as adding a fence can change the value of your house, and if your home’s value increases, so should its dwelling coverage, Griffin says. Otherwise, in the event of a claim, your insurance policy won’t be enough to rebuild, according to Griffin.

When adding coverage, pay attention to how much it would cost to rebuild your home, not how much you spent to upgrade the house, according to Jones. “These are two different numbers,” he explains. “If an addition costs $20,000 to put on, the insurance company looks at the rebuild construction cost, and you might not get that back.”

On top of ensuring coverage, a proactive conversation with your agent could help you avoid potential renovation pitfalls. For example, he or she may advise adding building ordinance coverage to protect you from having to pay out of pocket for any expenses that keep your home compliant with local laws and regulations.

For renovation projects that are too big to take on yourself, hire a licensed and bonded contractor who carries builders risk coverage to protect expensive construction materials from theft or damage while they are on your property. You can find one through a building trade association.

And when you’re doing a home renovation project, take plenty of photos — before, after, and along the way, if you’re able. These could come in handy if you file a claim and need to redo the work.

This article was written by NerdWallet and was originally published by The Associated Press.

Ben Moore is a writer at NerdWallet. Email: bmoore@nerdwallet.com.