My home’s value has shot up. Now what? 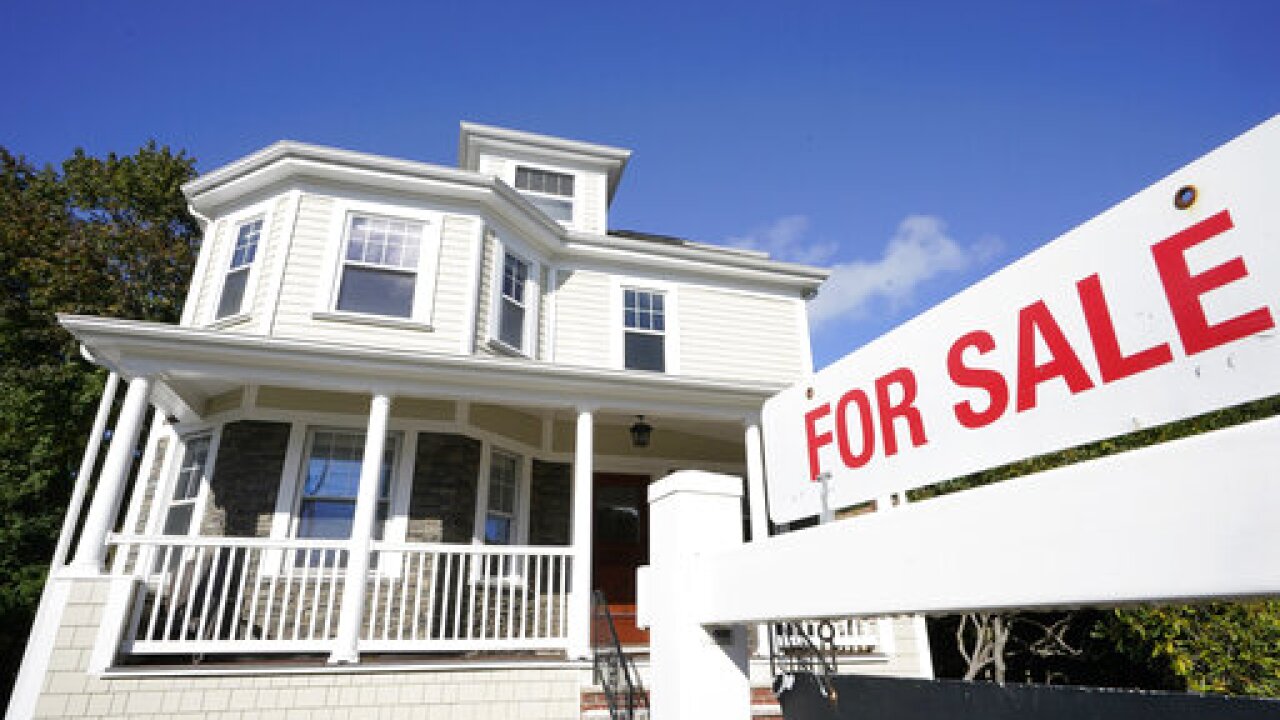 Economic uncertainty may be roiling the country right now, but that’s not stopping home sales. In some areas, like the suburbs of New York City, bidding wars are back. In July, one house in Orange, N.J. had 97 showings and 24 offers, according to the New York Times.

That same month, $5.3 billion worth of residential real estate sold in the suburbs of Washington, D.C., according to the Washington Post, compared to $4.2 billion the year before—demonstrating just how much demand there is in some parts of the country. That demand has caused median home prices to spike. Prices in September are 13% higher than they were the same time last year, the largest increase since 2013, according to real estate listing firm Redfin.

“We are seeing really interesting trends emerge from COVID that are causing demand to change to an all-time high at the same time that the supply of availability is at an all-time low,” says David J. Wilk, assistant professor of finance and director of the Real Estate Program at Temple University’s Fox School of Business.

That means a lot of homes, especially those close to big cities, are suddenly worth a lot more. For homeowners, it’s an envious position: Their equity has bloomed. But what should they do with it? Here are three options.

Prices are high, so it’s time to sell, right? As with everything in real estate, it depends.

Selling might be the right move for older homeowners who are looking to downsize to a smaller house, a condo or 55+ living. It also may be ideal for homeowners interested in moving to a lower-priced housing market—if the timing is right, and you absolutely know where you want to go.

Dottie Herman, CEO of Douglas Elliman, a Manhattan brokerage firm, says it’s also not a bad time to cash out of the ‘burbs to make a city move if you’ve wanted to do so—especially to Manhattan, where sales were sluggish this spring and summer. “If you really love New York City and you believe as I do that it will come back, it’s a great time to buy in the city,” she says, adding that it might be another three to four years before prices rebound.

If you want to stay in the same area, a jump in your home’s price most likely means the house you want has made the same leap.

You can still consider trading up, especially if your lifestyle has changed because of the pandemic, and you anticipate it staying somewhat altered when we’re on the other side of it. That may mean more people in the house more of the time—and the need for the space to match. “If you can work from home and you don’t have to commute every day, then that drastically changes your decision matrix,” Wilk says.

Plus, with interest rates for 30-year mortgages at record lows, getting a bigger mortgage now might make sense in the long term. Just make sure you can still afford the payments and aren’t necessarily banking on that home also becoming a big pay out down the road because the housing market is cyclical and eventually will fall down again.

“Rushing to sell your house or buy a house because of the short term isn’t a prudent move,” says Danny McAuliffe, CFP, wealth advisor and head of planning at Perigon Wealth Management. “Making decisions based on what you can afford and make sense for you and your family, that is going to be a better situation for the long term.”

If you’re thinking of making that high- to low-cost market move, Herman warns that you should at least live in the place first by renting to see if you really like it. This is especially true for seniors who dream of ditching colder climates for warmer places.

Not only does it make sense to get a feel for the area in which you want to live that you can’t achieve while on vacation, but you also will learn if you have the temperament to be away from family for so long. Otherwise, you’ll cash out now and have to buy back in—and who knows what the market will be like then.

2. Have Your Home Appraised to Ditch Mortgage Insurance

Private mortgage insurance (PMI) is usually tacked onto your monthly mortgage payment if you put down less than 20% on the property when you purchased it. PMI is there to protect lenders in case you walk away. But if your home is suddenly worth more, you may hold enough equity to request to have PMI cancelled.

To do this, you need to show lenders the home has increased in value, which means paying for a home appraisal. Those typically cost between $450 and $550. Meanwhile, PMI typically costs between 0.05% and 1% of the loan amount annually, which means the appraisal will pay for itself.

If you’re staying put, you should also reassess your insurance to make sure it matches what your home is now worth, says McAuliffe. That’s because a policy based on a lower price may not cover the current value of the home, should the worst happen and you need to rebuild.

“Specifically you want to make sure that the dwelling coverage in your homeowners policy is sufficient to rebuild your home if something catastrophic were to happen,” he says, adding that these policies typically exclude earthquake and flood insurance.

With interest rates so low, taking some equity out is another option. You can use that money to make renovations to your current home—which may be tax deductible, says McAuliffe—or pay off high interest credit card debt—as long as you don’t then rack up debt on them again.

You can take equity out in several ways, including through a home equity line of credit (HELOC) or a cash-out refinance, where you pull the equity out in, well, cash. Homeowners at least 62 years old also can take out a reverse mortgage, which lets them borrow from their home’s equity.

Herman says money drawn from equity could be used to buy another property, either as a second home, or to rent out. But only think about becoming a landlord if you have tolerance for it and can cover the mortgage in the case the property is empty between tenants, or tenants stop paying.

Just make sure that you aren’t taking all of the equity out. People who got in trouble in 2007 and 2008 “pulled all of their equity out,” Herman says. “When prices dropped, they were stuck because they had used all the equity up in their home for something else.” So don’t press your luck and strip your house of all its old and new equity, or else you may wind up with a house worth less than what you owe on it.