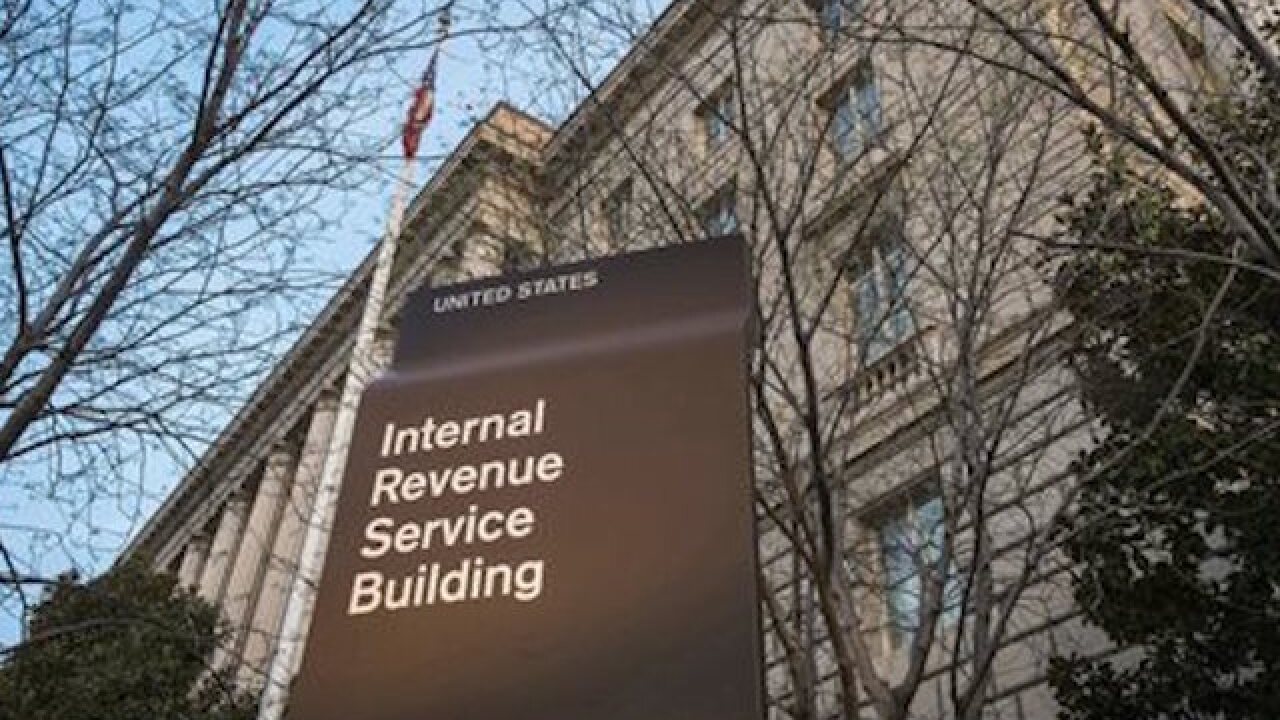 WASHINGTON (AP) — Millions of taxpayers face a midnight deadline to file their tax returns, while millions of others will ask for more time —a six-month extension. The filing deadline on Monday was delayed three days beyond the traditional April 15 deadline because Friday was a legal holiday in the District of Columbia.

Some things to know about taxes:

The traditional April 15 filing deadline was extended because of Emancipation Day, a legal holiday in the nation's capital. The holiday commemorates President Abraham Lincoln's signing of the District of Columbia Compensated Emancipation Act in 1862. The act freed more than 3,000 enslaved people in the district and compensated their owners.

The Friday holiday moves the tax deadline to the next business day. In Massachusetts and Maine, taxpayers get one more day to file. The deadline there is Tuesday because Monday is a legal holiday, Patriots' Day, in both states. The holiday commemorates the first battles of the Revolutionary War in 1775.

When the federal deadline is moved back, state and local deadlines also move back to match it.

The IRS expects millions of tax returns to be filed each day as the tax deadline approaches, with more than 5 million returns possible on Monday. More than 150 million tax returns are expected to be filed in 2016. As of April 8, almost 82 million refunds have been issued, the IRS said. The average refund amount was $2,798.

The IRS is a favorite target of lawmakers from both parties who complain about the complexity of the tax code and accompanying regulations that span more than 70,000 pages. Instructions to complete IRS Form 1040 — the main individual income-tax return — run more than 100 pages.

House Majority Leader Kevin McCarthy, R-Calif., says the House will vote this week on a half-dozen bills to hold the IRS more accountable. "Fairness is our guide and accountability is the goal as we try to make the IRS beholden to the American people," McCarthy said in a statement.

One bill would require the IRS to crack down on employees who are delinquent on their own taxes. According to the agency's inspector general, nearly 1,600 IRS employees have failed to pay their own taxes in the past decade.

The House also will consider legislation that blocks the IRS from rehiring employees who were already fired by the agency for misconduct. It will vote on bills to ban IRS employees from getting bonus payments until the agency puts in place a plan to improve customer service, and to block any IRS funding from being used to target citizens for political purposes.

The fate of the bills in the Senate is uncertain.

The House Oversight and Government Reform Committee has moved to impeach IRS Commissioner John Koskinen, but a full vote has not been taken in the House.

House Speaker Paul Ryan, R-Wis., stopped short of backing impeachment. The IRS "is an agency that needs to be cleaned up," Ryan said at a news conference last week. But instead of impeachment, Republicans need to win the presidential election to "get better people in these agencies and reform the tax code so we're not harassing the average taxpayer with a tax code that they can't even understand," Ryan said.

Koskinen told a House Science, Space and Technology subcommittee last week that securing taxpayer data continues to be a top priority. The IRS withstands more than one million malicious attempts to access its data each day, Koskinen said, and is stepping up efforts to combat identity theft.

Even so, the problem is growing. What used to be limited to individuals filing a few dozen or a few hundred false tax returns now is often the work of organized crime syndicates in the U.S. and other countries, Koskinen said. The agency has "a delicate balance" to maintain, he said: "We need to keep the criminals out, while letting legitimate taxpayers in."