What do Ohio charter schools and Harambe have in common? 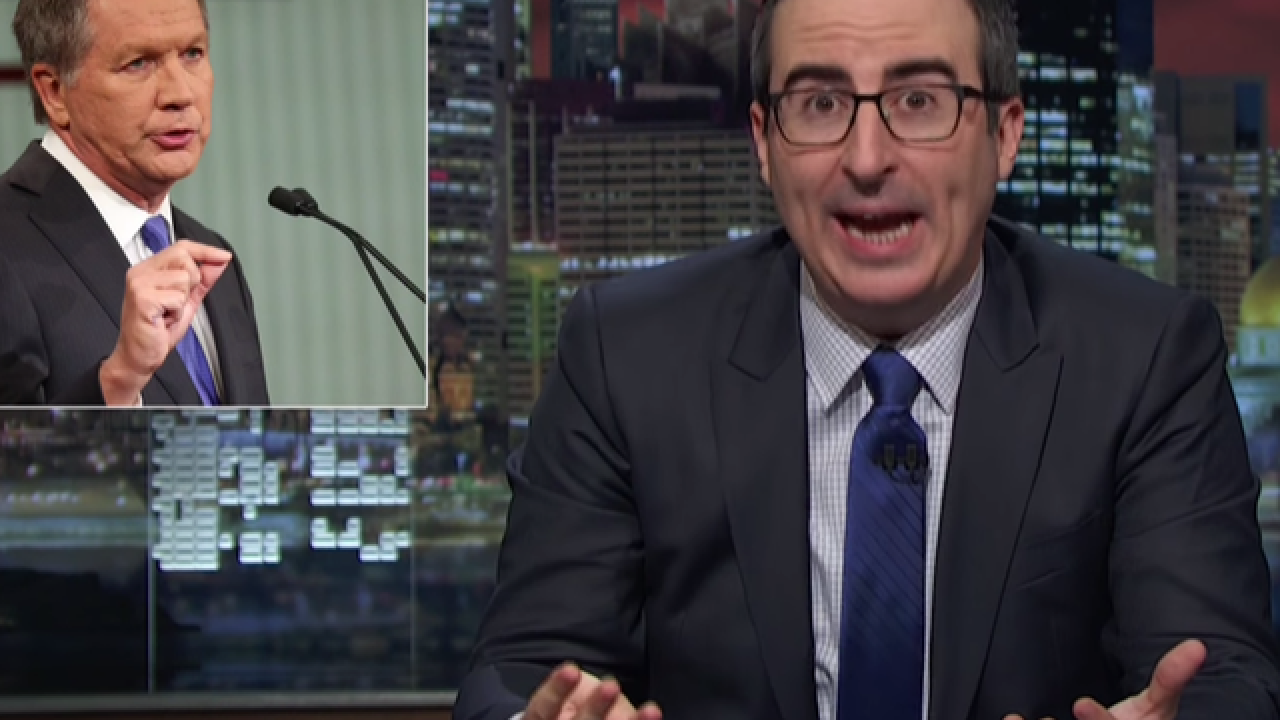 CINCINNATI -- What do Harambe and Ohio's charter schools have in common?

They both got shout-outs in a segment on "Last Week Tonight with John Oliver" -- one affectionately, the other, not so much.

If you hadn't figured it out, Ohio charter schools fell into the "not so much" category. Oliver was criticizing states for failing to adequately regulate the schools, which receive public money but are privately managed. He held up Ohio as a particularly egregious example, blasting current Ohio Gov. John Kasich for comparing charter schools to a "pizza shop" back in 2009. Kasich was trying to argue that increased competition leads to better outcomes, like a town with one pizza shop:

"If there's only one, and there's not much pepperoni on it, you can call until you're blue in the face. But the best way to get pepperoni, more pepperoni on that pizza is to open up a second pizza shop. And that's what's going to improve our public schools," Kasich said.

On a more serious note, Oliver pointed to frequent problems in Ohio's charter school system, holding up the case of Cincinnati College Preparatory Academy in Cincinnati as a noteworthy failure. According to an investigation by Ohio Auditor Dave Yost , officials there misspent hundreds of thousands of dollars in tax money, some of it on trips and entertainment.

So what about the Harambe shout-out? Apparently, there's a charter school in Philadelphia named Harambee Institute of Science and Technology Charter School.

"I know, I know, they named it a long time ago. And, it's spelled differently, you (expletive) monsters," Oliver said. "Rest in peace."

By the way, that Philadelphia charter school? Oliver says it received more than $5 million in taxpayer money the same year a story emerged alleging it doubled as an illegal, unlicensed nightclub on weekends.

Oliver shared a clip about how some online charter schools don't report a student absent until they haven't logged on for five days. But because they're still required to report attendance, the schools say 100 percent of students were in class.

"You're basically giving kids a box containing videogames, pornography and long division, and claiming 100 percent of then chose the right one," Oliver said.

On why Oliver says a school isn't like a pizza shop:

Watch the whole thing yourself below: