Sorry, grandma: The Top 9 worst holiday side dishes that our families make every year 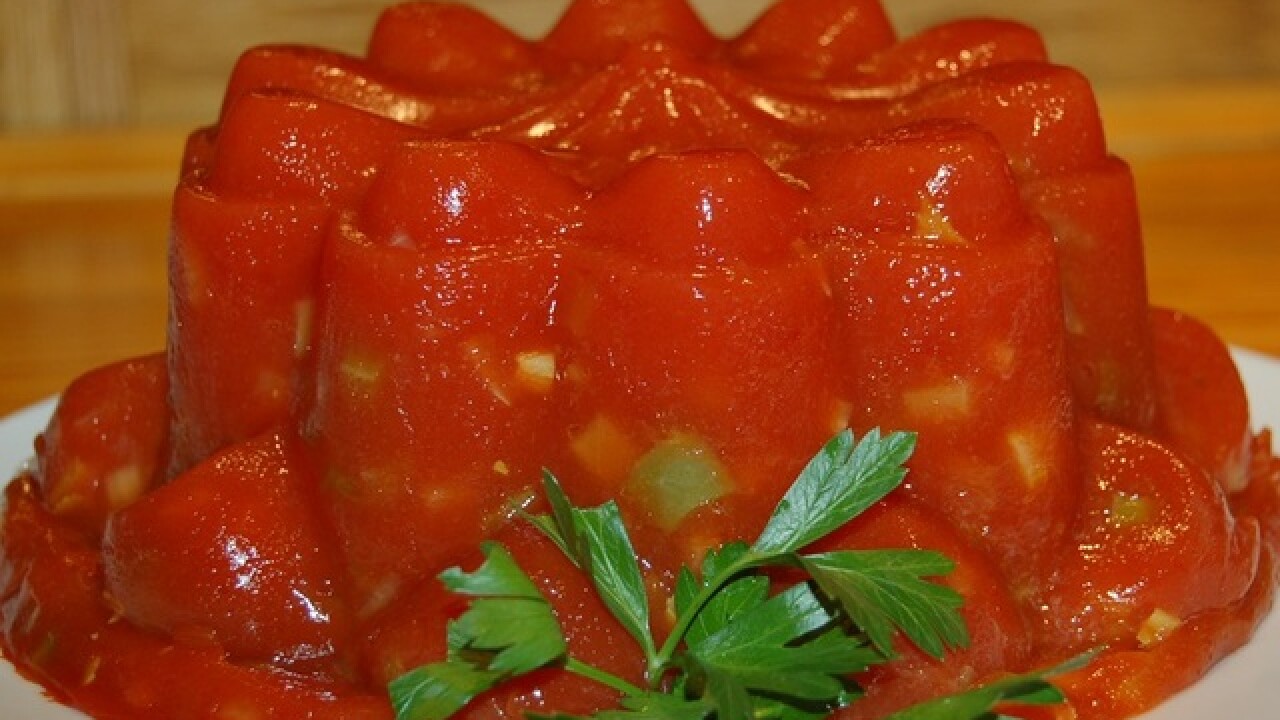 CINCINNATI -- Nothing ruins Thanksgiving like the reek of oysters hot from the oven.

I don't mean to sound ungrateful, because I'm not...but a lot of people can relate, right? There's that one dish that's made year after year that pretty much no one likes. Nostalgia or guilt usually keep it on the menu for generations.

Well, here are our top 9 grossest holiday side dishes, inspired by our staff's family gatherings:

I think it's only appropriate that I lead off with this one. Plus, a disdain for oyster casserole is what sparked the idea for this listicle, anyway.

WCPO meteorologist Jennifer Ketchmark says this dish gets her all worked up, too.

"I mean, who serves oysters at Thanksgiving? What does that have to with anything?!" she exclaimed.

I totally agree with her. It's also called oyster dressing and oyster stuffing, and it's sort of a bizarre cross between a breaded stuffing and chopped oyster chunks (yes, chunks. It's fitting). My mom also puts oyster crackers on top, which is fitting but also deceiving. Those should be reserved for delicious foods, like Skyline 3-ways.

Here's a case of nostalgia keeping a yucky recipe alive.

Our assistant news director Sarah Zak said she makes this dish every year and no one likes it.

"My granny always made it before she died, so now I have to," she said. "But no one will touch it."

Reporter and weekend anchor Timyka Artist concurred and joined in on dissing the "milky onions", but Tony Mirones was quick to defend the fragrant dish.

"You just need some brown sugar, maybe a little wine in the sauce," he said, in spite of Timyka and Sarah's facial expressions. "And you can eat it like a gravy over your whole meal."

"But onions aren't meant to be eaten just, whole like that," Sarah said. "They're thick. It's just gross...kind of pungent."

Yeah. I feel bad for anyone that Tony interviews in the days after Thanksgiving. Talk about onion breath.

Okay, this is going to be a controversial one. But hear us out...

"Let's be honest, that's the only way to eat cranberry sauce," she said.

"Straight out of the can and crudely sliced up and put on a plate...just, no," Jennifer Ketchmark said.

My family also makes a fresh cranberry relish, which is on point and extremely time consuming. But it's delicious by itself or on turkey (my favorite is on a leftover turkey sandwich. Yummmm).

Turns out, dayside assignment editor Tyson Thorp has a similar cranberry setup at his family Thanksgiving.

Tyson said he's a fan of canned crans, but not the fresh stuff.

"I hate it, it's gross," he told me, in the manner of a four-year-old. I tried to guilt him by explaining the hours that go into making cranberry relish. But when I pitched the idea of cranberry relish on leftover turkey, he lost it.

"That's DISGUSTING!" he said. "I don't want cranberry anywhere near my turkey."

But Tyson also doesn't like stuffing, so his opinion is probably invalid.

I've never been to a Thanksgiving that served salad, but I can totally see why our director of partner development Kenya Brock dubbed it one of the worst side dishes ever.

"No one freaking wants salad on Thanksgiving," she said. I would argue that no one really wants salad ever, but we'll stick with the holidays for now.

"We want warm things, preferably a little unhealthy," she said. "I had Waldorf salad at a Turkey Day once and I just looked at it like, 'what.'"

This is a heartbreaking tale from Scripps project manager Libby Duebber.

"My mom was on the Adkins diet for a few years and would bring this to Thanksgiving every year claiming that 'you couldn't even tell the difference!' The first year she brought it, she didn't even label it.

"DIDN'T. EVEN. LABEL. IT," she emphasized. Clearly, that angered full-grown adult Libby and her brother.

"It made me question my faith in all that is Thanksgiving," she said. "Just thinking about it makes me shudder like Bart and Lisa (Simpson) when they have to rub Aunt Patty's feet."

The situation has since been resolved -- now Libby's mom brings mashed potatoes along with the mashed cauliflower to Thanksgiving.

"Not that we needed any more, but she brought them to atone for the fact that she was also bringing the abomination of mashed cauliflower," she said.

This is one of my favorite side dishes, so I'm in no way supporting this submission. But transportation and development reporter Pat LaFleur said this is his least favorite Thanksgiving dish.

Not a very compelling argument, Pat.

A second submission from Sarah Zak:

"My grandma always makes it because she likes it," she said. "No one else will touch the stuff."

The perks of being the matriarch, I suppose.

Lucy May -- with guilty reservations -- said a deceased in-law's Jell-O salad grossed her out.

"I mean, it’s Jell-O and Miracle Whip. Those two things are not supposed to be eaten together," she said.

Libby Cunningham said she doesn't like "the weird Jell-O with the shapes in it. My mom calls it 'Jell-O with foreign objects." It's a similar recipe to the one Lucy mentioned.

"But at least that's kind of festive," Lucy said.

But Emily Hanford's Jell-O salad was all kinds of crazy.

"I mean, pretzels are great. Jell-O is great. But pretzels don't belong in Jell-O."

I will likely be written out of a will for this one.

I have no idea how -- or why -- anyone would think to combine tomato juice and lemon Jell-O mix and create a looming, murky, blood-colored mold, but that's what happened. And that's tomato aspic.

My family, anyway, pronounces aspic like "aspect." But I usually call it tomato abscess.

For 59 years of marriage, my Grampie swore that he liked tomato abscess/aspic, but I always suspected him of lying. He's been dead for a few holidays now, but she still makes it, and toils away for days -- YES, DAYS -- to get it ready.

And as gross as it is, I've realized that I'll probably make this one day if I ever own a kitchen table big enough or enough silverware to host a family Thanksgiving dinner.

Making fun of tomato aspic is kind of a family tradition in itself. My brothers and cousins and I dare each other to try it. We come up with funny names. And, as disgusting as it is, I don't think I could live with myself if I didn't at least provide future generations the same experience.